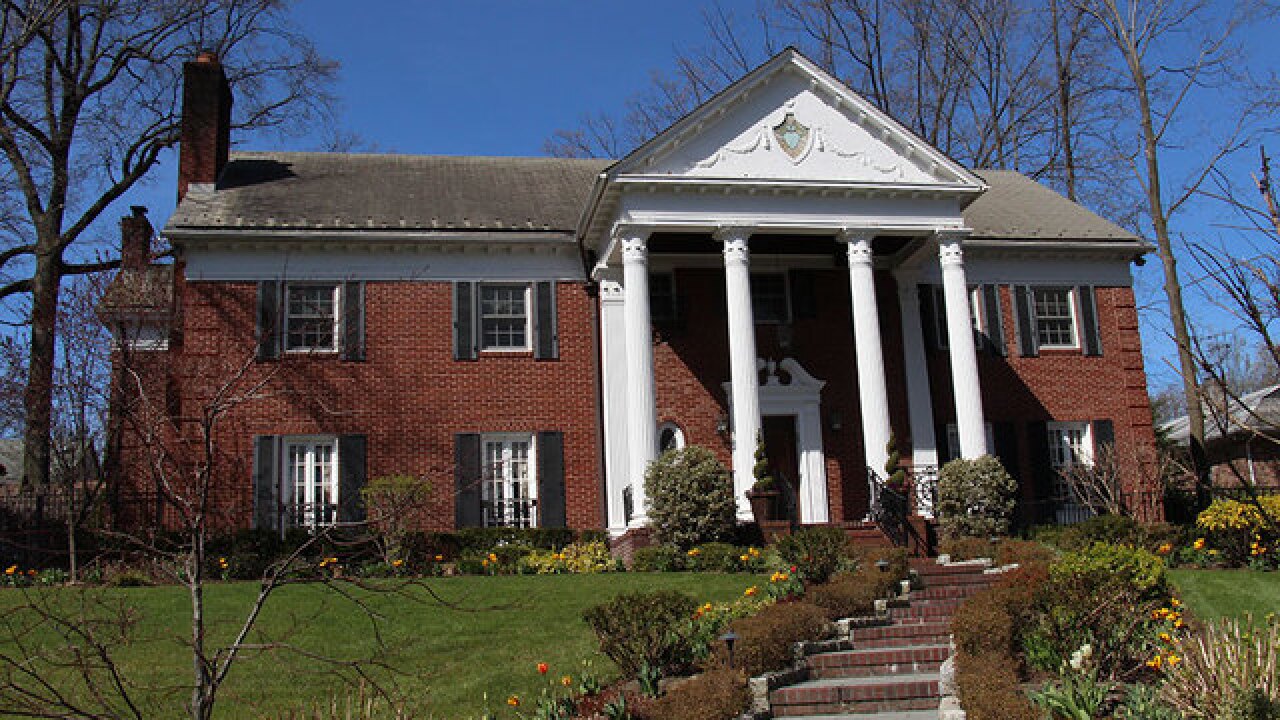 It was at the Republican debate back in January that Donald Trump had one of the most powerful moments of his campaign. Responding to negative comments Texas Sen. Ted Cruz had made about “New York Values,” the real estate mogul, who has lifelong roots in the state, responded by stoically telling the moderator and an eagerly awaiting crowd, “When the World Trade Center came down, I saw something that no place on earth could have handled more beautifully, more humanely than New York.”

Now three months later, Trump is using his ties to the Empire State and his own understanding of New York values to propel his candidacy to what is expected to be a landslide victory in Tuesday’s primary. As Cruz struggles to find a true base of supporters in the state and Ohio Gov. John Kasich fights to keep the faith among voters who realize he can no longer win outright,  polls  are placing Trump as likely to win the majority of voters—and therefore all of New York’s 95 delegates.

But while the GOP frontrunner is eager to emphasize just how New Yorker he is, often holding press conferences from Manhattan’s Trump Tower, there’s one New York community he hasn’t embraced in his run for president—his hometown of Jamaica, Queens.

A trip to Trump’s hometown yields more questions than answers as residents who live within the Estates and in greater Jamaica struggle to understand how a man who grew up near a historically African-American community can hold anti-immigrant positions that some label as racist.

“I think when it comes up, there’s a sense of bewilderment. What’s this guy talking about when he talks about wanting to build a wall to keep immigrants out?” said Arthur Flug, a 77-year-old retired resident who moved to Jamaica Estates in the 70s and who knows residents who grew up with the Trumps. “My own feelings about this are he is a salesman, and what sells? He saw there were a lot of angry people out there and said, ‘what can we do?’”

Before being shipped off to New York Military Academy in high school, Trump and his four siblings—Robert, Maryanne, Elizabeth and Fred Jr.—grew up in a stately 20-room brick home that his parents, Mary Anne, a homemaker and philanthropist, and Fred, one of the city’s biggest real estate developers, built. It was one of three houses where the Trump family live in Jamaica Estates, and it’s where Trump’s parents lived until they died.

Today, the neighborhood that Trump once called home sits within one of the most diverse counties in the country. Jamaica, Queens–especially Hillside Avenue—is the epitome of a melting pot.

“The Queens that [Trump] grew up in and the Queens that is now there are very different places,” said Dennis Redmond, chief strategy officer for Queens Community House, a non-profit organization that runs programs such as eviction prevention and English learning skills. “Queens was more ethnically homogenous, class-wise it was more homogeneous. Over the last 40 years, and particularly over the last 20 years it’s become the most diverse county in the country. It’s not only the place where new immigrants to the city arrive but it’s also where they stay.”

Today, Jamaica Estates still remains distinct from the rest of the New York borough, with its winding tree-lined streets and large single-family residences that contrast with the apartments dotting the rest of the borough. It’s mostly upper-middle class, white population has also experienced change. There are now a number of Orthodox Jewish synagogues in the community and a mosque has opened just a few blocks from Trump’s former home. Residents of the community are largely welcoming of the influx of new religions and many who grew up knowing the Trump family continue to struggle to understand where Trump developed his ideas.

“That’s not us,” said Martha Taylor, chairman of the Jamaica Estates Association, who has lived in the area her entire life. “People who we’ve seen who grew up here and moved away have said I don’t understand where he gets it, that’s not the way we were.”

Taylor remembers Trump as having a reputation of being a troublesome kid growing-up, “Most of the [Trump] kids went to a private school located in Queens. It was only Donald who was sent off to school. He wasn’t very well behaved … why [else] did somebody get sent to military school in those days?” she said.

Trump has distinguished himself as a presidential candidate who embraces being politically incorrect. He’s made headlines by calling for a blanket Muslim ban and promising to build a wall along the U.S.-Mexico border to keep immigrants out.

For those who agree with Trump’s stump speech, he’s the outspoken political leader they’ve been waiting for. For those who do not, his opinions are often seen as blatantly offensive.

The borough of Queens overwhelmingly votes Democrat and in 2012  more than 78 percent  of residents voted for Barack Obama. For many Jamaica residents, stunned and angered were common reactions after learning of their connection with the real estate mogul.

“Racist” was the word Theona Davies, 23, said popped into her mind when she thought of the candidate. “Because just his viewpoints on immigration, and his attitude towards people coming together, I feel like it’s not in a good place.” Davies, who works as a home attendant, said the differences between the Trump she sees on TV and the Queens she knows is striking.

“I don’t feel like he represents Queens. I didn’t even know he was from Queens,” she said. “I’ve never seen Donald Trump contribute anything to his neighborhood. What has he even contributed now that he’s running as some type of elected official?”

Many residents in the borough criticized the candidate for failing to embrace his roots and challenged him for not investing in his hometown.

“If it’s true (that’s he’s from Queens), I’m very shocked about it,” said Jonathon, a 20-year-old Queens resident studying business and graphic design in college. “I’m shocked that he’s not making improvements here. Look around. Do you think it’s a safe place to live? Not for me. Why isn’t he here? If his family lived here for many generations, why not help rebuild it, why not make it a better place?”

For Victoria Lewis, 43, a clerical associate who commutes two hours each way every day from Queens to her job on Riker’s Island, Trump as president is a scary thought. “If he were president, I’d probably be in danger — in terms of jobs, benefits, health, everything,” she said. “Him being a billionaire from here is inspiring enough, you don’t have to be president. Not mine.”