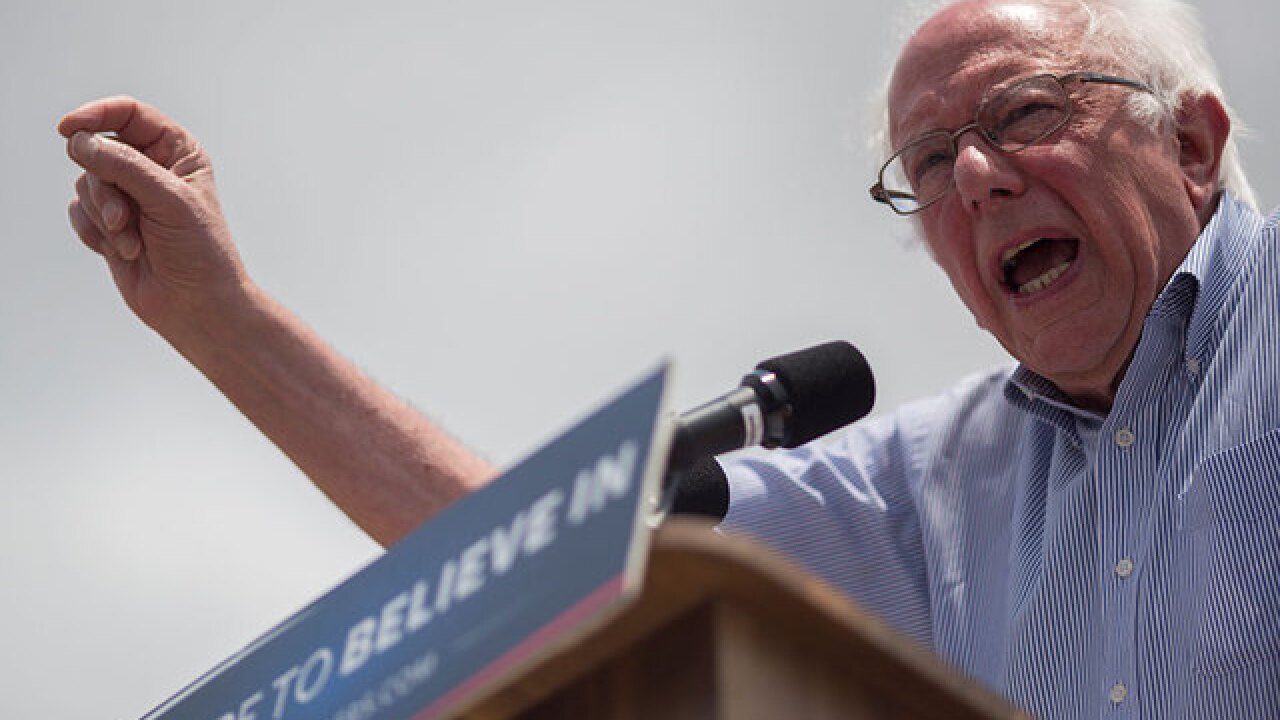 In 1992, Brilliant Bill lured a flamboyant, high-pitched Texas billionaire named H. Ross Perot into running as a third party candidate in the race to unseat President George H.W. Bush. Perot went on to win almost 20 million votes, a healthy 19 percent of the electorate. Clinton never would have beaten Bush without his Perot plot.

Now, sticklers for accuracy might quibble that Bill Clinton had nothing to do with Perot running, that he just got lucky. Fine. In that case, Hillary may need that same kind of dumb luck in her 2016 campaign. That would be something new for her.

Some conservatives are trying to help Hillary’s luck by fielding an independent candidate – a spoiler for Trump, a savior for Hillary. But that effort is petering out. It’s looking more likely she’ll have to keep coping with a spoiler named Bernie Sanders who is anything but a savior.

Political salvation is in the eye of the beholder. The Bush family knows that well.

Perot doomed Bush the Elder in 1992. But without Ralph Nader (and the Supreme Court of the United States) Bush the Younger never would have been elected in 2000.

In the end, we all know, the 2000 election between Al Gore and George W. Bush came down to the state of Florida. After a long, bizarre recount process, Bush won Florida and its electoral votes because he got 537 more votes than Gore. Nader received 97,488 votes. If Nader hadn’t been on the ballot, Al Gore surely would have become president.

Republicans never gave Nader credit as savior, but Democrats convicted him of being the worst spoiler in their history. He went from the being a hero of the Left to the ultimate scapegoat.

I defended Nader at the time. Al Gore deserved the blame for his own loss. “In 2000, Gore could have won his home state like almost all the other candidates in U.S. history have,” I wrote in 2004. “He could have waged a semi-competent campaign and won New Hampshire, Ohio, Arkansas and Florida, handily.”

I also believed in the value to the system of “vigorous, high profile third-party candidacies.” “Because skilled political mischief-makers capable of occasionally piercing the homogenized, focus group tested, corporate sponsored claptrap of the two big parties are a rare godsend,” I wrote. “Because more voices are better than fewer voices.”

I still believe most of that, though Trump has filled me with the fear of God when it comes to mischief-makers. He has shown how mischief easily and almost invisibly can become evil.

Many of Nader’s backers in 2000 believed both parties were corrupt. I was sympathetic to that then and now. But it doesn’t follow that because both parties are corrupt, both parties are equally corrupt, equally competent and equally prudent. Al Gore, for example, would not have launched a tragic war on Iraq, in my view.

If the differences between Al Gore and George W. Bush were greater than I believed in 2000, the differences between Donald Trump and Hillary Clinton in 2016 are greater than I can express effectively. This feeling is ubiquitous among anti-Trumpers; for us, his recklessness, offensiveness, ignorance, racism, lack of principle and sheer unpredictability drop him off the scales of American presidential nominees from the major parties.

A shrinking cadre of conservative Republicans agrees and has been searching for someone – anyone – to run as an independent. They want conservative consciences to have a choice other than Hillary or the Donald. But mostly they want a spoiler to Trump that blocks him from winning, an honorable goal that is petering out.

Like some of Nader’s supporters in 2000, some Sanders’ supporters don’t think there is a dimes worth of difference between Hillary and the Donald. The most absurd torture of this twisted thinking came from actress-activist-pundit Susan Sarandon. In the Leninist tradition, she said that maybe Trump would blow everything up badly enough to “bring the revolution immediately.”

That will depend largely on Sanders. Continuing his increasingly snarky, quixotic bid through the primaries will, I suspect, qualify Sanders as a spoiler. It will be a different story if this sap keeps running after June; if he withholds his full-throttle endorsement and doesn’t devote himself to rallying his voters to the #NeverTrump cause – a cause as urgent as any in American politics has seen for decades.

There is no clear evidence that Sanders sees Trump as much different than any of other 99 people he avoids in the U.S. Senate. That itself is a sign of incredibly poor judgment and a sign he may take his ball and go home in a pout.

Hillary has never had Bill’s luck. Or Trump’s. Fate seems more likely to send her a spoiler than a savior. We can only hope that fate treats the country more kindly.