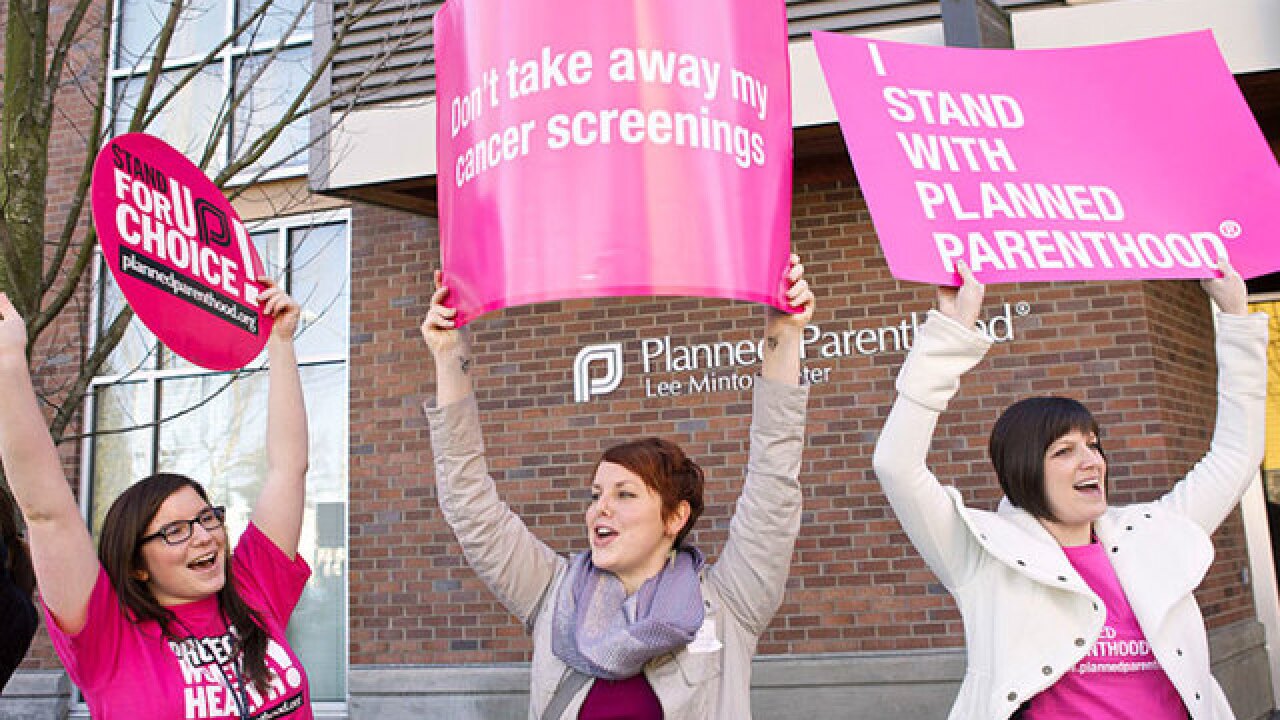 There has been a noticeable increase in women asking about long-term birth control options following Donald Trump’s victory because of his campaign promise to end Obamacare, health care providers report.

“On the Wednesday morning (after the election) the calls we got nearly doubled — and some of them specifically mentioned Trump and their concern that they would lose their health care,” said Gretchen Borchelt, vice president of Reproductive Rights and Health at the National Women’s Law Center. “Some mentioned an IUD, others mentioned birth control; it was a mix.”

At Planned Parenthood, online appointments for birth control and specifically IUDs surged by more than 900 percent since this time last month. The non-profit healthcare service provider also said it experienced an unprecedented surge in questions about access to health care and birth control this past week.

“These spikes illustrate just how important the Affordable Care Act’s birth control benefit has been for women to access the birth control method of their choice,” said Dr. Raegan McDonald-Mosley, chief medical officer at Planned Parenthood Federation of America, in a statement late Monday. “Without coverage, out-of-pocket costs for IUDs can range from $500 to $1,000, which can be a major barrier for some women.”

Intrauterine Devices, or IUDs, are a type of birth control that is currently covered by most health care providers under the ACA and lasts between three to five years. It’s currently the third most popular type of birth control following condoms and the pill, and its popularity has grown over the years. Planned Parenthood health centers nationally say patients using IUDs increased 91 percent in the past five years.

Women are specifically considering IUDs because of fears that their monthly pill packs will no longer be covered by their health care providers if Obamacare is changed.

Borchelt said the main concern for callers to their hotline the day after the election was future cost.

“[The Affordable Care Act] freed up their wallet to pay for other necessities; it’s hugely popular,” she said. “And I would say there are a lot of provisions important to women in the ACA. I think that’s going to become more clear as Republicans start to put forward whatever repeal and replace package they are facing.”

Trump has said on the campaign trail that he is anti-abortion, and Indiana Gov. Mike Pence, the vice president-elect, has made pro-life policies a focus of his government career.

While most IUDs are not considered abortive, one version known as ParaGard is made out of copper and is highly controversial because of the way it works by killing sperm. It was that version that was at issue in the Burwell v. Hobby Lobby Supreme Court case.

Jana Plat, a 26-year-old Washington, D.C., resident who sometimes works on political campaigns, says she has an appointment with a doctor to get her IUD implanted next week.

“An IUD can last … and I can get one now with my current insurance. If I decide to leave in a year to go on a [political] campaign or leave my current job, I will lose my insurance and will not be able to get my birth control prescription,” she said.

Plat said future birth control costs aren’t the only concern she has since Trump’s win, she’s also worried about access to abortion facilities if she were to become pregnant accidentally — another reason for her decision to get the 99 percent effective IUD.

“If something happens and I end up pregnant, where will Roe V. Wade be in the next few years? Also, if I have to travel to get an abortion, will I find out in time to travel to get one? Will I be punished for needing or having one?” she said. “Getting an IUD is one step that I realize that I have to take to ensure that I have control over my uterus and future and am able to continue my life with the plan that I do not want kids.”

When Plat met her doctor for a consultation this week, she was told she was the fourth woman to come in immediately after the election to discuss family planning options. When she later called The George Washington University’s OB-GYN department to set up an appointment to get an IUD, an associate told her she was between the 50th and 60th woman to call and mention the election as the reason for their visit.

Shiveta Vaid, 28, a law student at the University of Minnesota in Minneapolis, said she’s planning to get an IUD before Trump takes office in January.

“It’s a worry over whether that option will be available to me after our government goes totally GOP. Even if Trump is walking back some of his campaign promises about the ACA, I anticipate they will be happy to roll back access to reproductive care,” she said. “I don’t want kids in the near future, and I don’t want the pill.”

Vaid said she’s been debating getting a certain type of IUD for months but has so far held off because of horror stories she’s heard from other South Asian women who have experienced increased cramping and irregular periods. She said she’s frustrated that now she has to rush her decision following Trump’s election but it will be “worth the risk for me to not have to depend on hormone pills, a shot, or a patch.”

Borchelt has witnessed similar concerns through the National Women’s Law Center hotline but wants women to be aware that just because Trump will be the next president, the Affordable Care Act still exists. It’s currently open enrollment for the federal exchange and in fact enrollments surged the day after the election with about 100,000 people making plan selections — the highest daily number since enrollment began on Nov. 1.

“We are doing our best to encourage people to sign up right now, we aren’t going to buy into the fear and the panic,” Borchelt said. “[Trump’s] already starting to moderate his position; there’s an opening here to show him just how important this benefit is to women and what the consequences would be if he tried to appeal.”