Everything you need to know about how refugees get into the U.S. 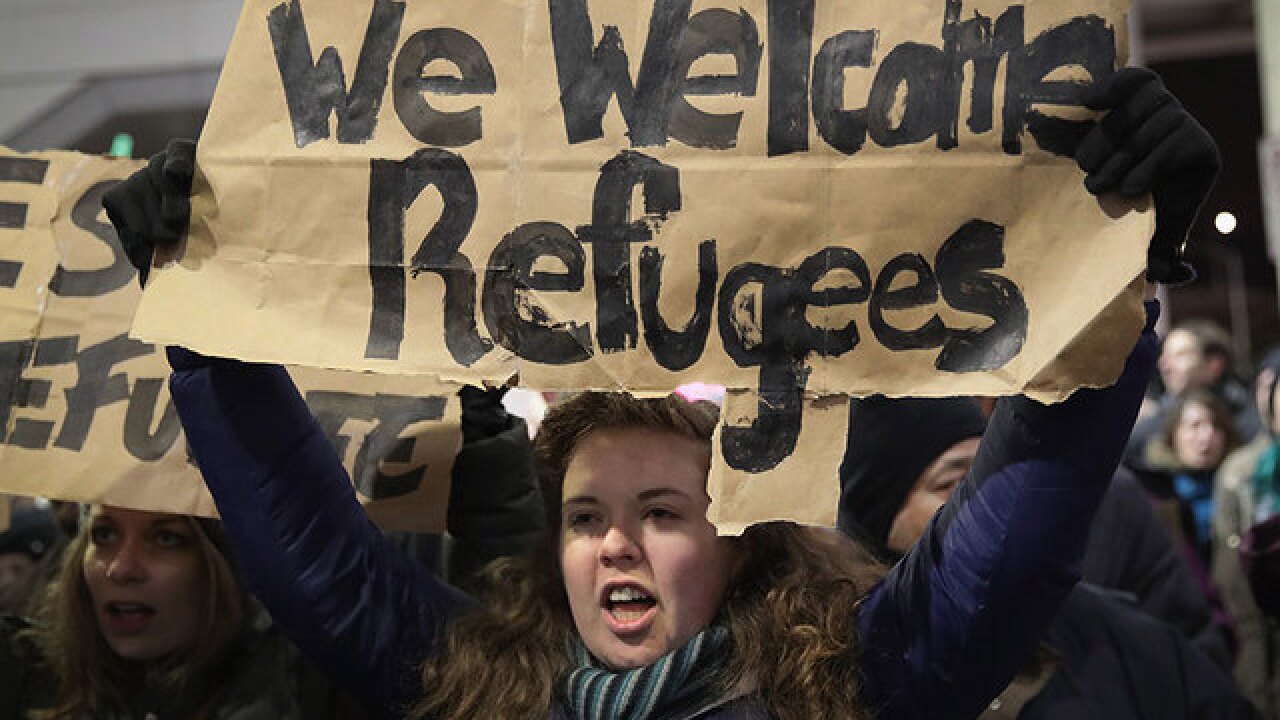 There’s a lot of talk these days about immigration, mainly because of President Donald Trump’s recent executive order that halts the refugee program and blocks people traveling from seven predominantly Muslim countries from entering the United States.

But the discussion gets confusing. Politicians and main-street Americans often bunch together immigrants and refugees, despite the fact they aren’t the same — especially when it comes to the laws governing them.

We’ll focus on refugees here, and explain the complicated laws related to immigrants at a later time.

So, how do refugees end up in the United States, who makes the decisions to let them in and why do they want to come here in the first place? Here’s a primer:

There are approximately  65 million refugees  in the world. According to the Department of State, the United States provided refugee status to just under 85,000 people in 2016. About a third came from Near East Asia, including countries such as Iran, Iraq and Afghanistan. Another third came from the various countries making up the African continent, and the final third were from East Asia, which includes countries such as China, Vietnam and Indonesia. So far in 2017, the United States has provided refugee status for just over 25,000 people.

The United Nations Refugee Agency, a U.S. Embassy or a nongovernmental organization  refers a refugee applicant to the United States for vetting . Agencies within three Cabinet departments — Department of State, Department of Health and Human Services and Department of Homeland Security — then determine who ultimately gets in.

U.S. Citizenship and Immigration Services (USCIS), which is part of Homeland Security, interviews and determines a person’s eligibility, and it places each applicant into one of three categories. Individuals who are being persecuted in their homeland take priority. Next, individuals or groups of “special concern,” meaning their prospects of going home and being safe are not good. The third group consists of relatives of refugees already in the United States.

Refugee applicants don’t simply stroll through an open door and into the United States. They are interviewed, screened and have extensive background checks. An online graphic posted by the Department of State detailing each step of the process can be found  here , but as is true with all things governmental, it’s best to walk through each step.

If a refugee applies to come to the U.S., five government agencies investigate the person’s biographical background as well as the biometric background, aka fingerprint tracing. If any of those agencies find any problems, entry is not allowed. If there are no problems, they proceed to the interview phase of the vetting. If any of the agencies find inconsistencies or outright falsifications, again entry is denied.

Once a refugee has cleared all five agencies’ tests, the refugee is handed over to one of nine NGOs (non-governmental organizations), many of them religiously affiliated. These organizations work with more than 350 local affiliates and determine the best placement for refugees across the country. Placement includes finding the refugees a home, basic furniture, a refrigerator full of food and appropriate clothes.

The NGO’s don’t just drop them off and leave them. They effectively become “caseworkers” to find them employment, language classes and enroll their children in school.

This entire process — from application to settlement — can take up to two years, and here’s an interesting fact: Nearly half of all refugee applicants are rejected by the U.S. government. And here’s another one: According to the Migration Policy Institute, half of all refugees will participate in the U.S. labor force within one year of coming here.

Of course, whether these procedures remain the same is up to the Trump administration and Congress.

Is there something about the federal government or politics that you would like to have explained? Just send an email to  Jimmy.Williams@scripps.com , and we’ll add your request to the list.