5 things the Democrats need to accomplish during the DNC

Dems' primary mission in Philly: Do No Harm 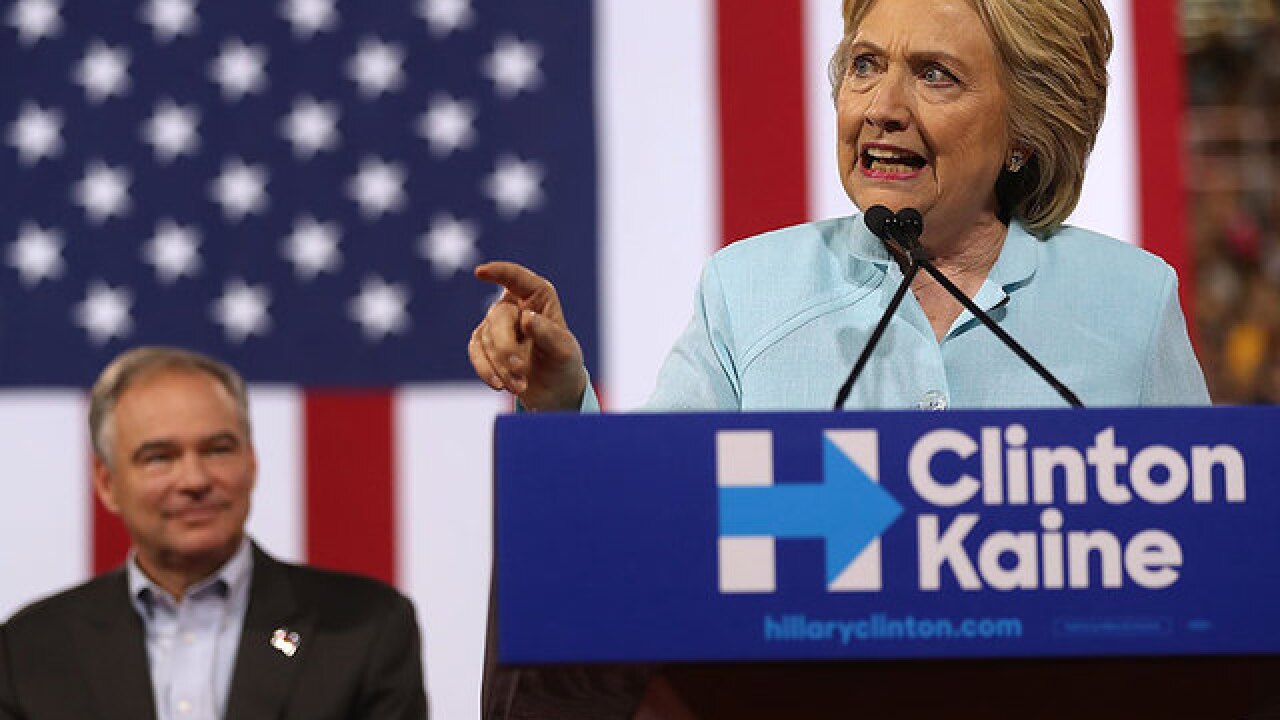 Modern political conventions are governed by the Hippocratic Oath: First, do no harm.

This is especially true of this year’s Democratic National Convention in Philadelphia. The convention will be a reasonable success if the party can just avoid injuries.

That’s a big contrast to last week’s Republican convention, which had serious work to do: fight off active Never Trump usurpers, avoid an attempted coup on the floor, cope with the possibility of major protests, fill the schedule when the party’s biggest names were no-shows, display some semblance of unity and make Donald Trump less scary.

The Democrats have a much easier job with lower stakes. The convention isn’t likely to help or hurt their cause in November very much. The Democratic strategic at this point is governed by another old chestnut, this one usually attributed to Napoleon: Never interfere with the enemy when he is in the process of destroying himself.

Nonetheless, the convention is an opportunity and focal point.  Five pieces of political business top the Democrats’ to-do list.

Trump’s convention ratings were a disappointment when compared to the GOP debates this year and past conventions. For example, 19.8 million viewers watched the Republican convention on Tuesday on the major news networks, less than the 24 million who tuned in for the first Republican debate on Fox News last August. (Yes, the campaign has been going on that long. Yes, that is sick.) About 32 million watched showman Trump’s acceptance speech, only 1.9 million more than watched dull Mitt Romney’s four years ago.

Hillary Clinton is not exactly the newest “It” girl on the scene.  There’s little to no chance of chaotic escapades on the convention floor.  Unity is not great television.

What the Democrats do have is a quintet of star speakers to compliment Hillary and Tim Kaine, the vice presidential nominee: Bill Clinton, Barack Obama, Michelle Obama, Joe Biden and Bernie Sanders.

2.  Thump Trump. Let’s face it, the single most important job of the convention is to indict Donald Trump and make the case that he is scary, risky and mean. But the Democrats themselves can’t look too mean as they do it.

Hillary Clinton and all the Republican contenders failed to find the killer app to disable a candidate who seems so vulnerable. The Republicans were too chicken to really try. Clinton hasn’t been, but the polls are still neck-and-neck.

The convention offers a chance to shoot at Trump from the high ground. That will be the job first of Barack Obama, but also Bill Clinton and Joe Biden.  You would think the Dems would find a big-name disillusioned Republican to join the assault, but there has been no hint of that.

3.  Be a village.  The Democrats are about as unified as Democrats get, but …

There are hordes of bummed-out Bernie backers. They will be in the arena and in TV land.  The convention won’t be a giant Moonie wedding, for sure. But this is a chance to soothe hard feelings and motivate the party’s left flank to work hard against Trump even if Hillary isn’t their dream date.

Bernie Sanders' speech will matter and so will Hillary’s.

4. Be happy. The Republican convention was relentlessly pessimistic and gloomy. The Democrats need to reject the Trumpian view that America is on the brink of collapse without being too rosy or Pollyannaish. The Democrats need to minister to a huge slice of the country that is pessimistic about their financial and social status but navigate around the fact that they’ve held the White House for the past eight years.

It would help enormously if Hillary Clinton had a crisp, clear battle cry. But she doesn’t. She didn’t in 2008 and she doesn’t now. The closest she comes to a core credo is something like, “I have lots of experience and lots of good policies.”

Without that simple, powerful mission statement, the Democrats – and especially Hillary in her speech – need to paint a more vivid picture of where they’re headed.

One of Clinton’s close advisers told me that unlike Trump, Clinton’s “negatives” have a ceiling – they can’t go any higher because she is so well known and has been around for so long.  The flip side is that it seems impossible to bring those bad marks down.

Hillary has never shown the charisma as an orator it would take to make a dent in her popularity problem.

But it will be interesting to see if she somehow shines brighter in a brand new context – the patriotic bunting and pageantry of accepting the nomination and the history-making moment of becoming the first woman nominated by a major party.

The Republican convention does not seem to have given Trump new momentum or support.

The Democrats and Hillary Clinton hope that if they can put on a nice, soothing show right before the campaign slows down in August, perhaps the Trump-mania that has been boiling for nearly a year will simmer down.