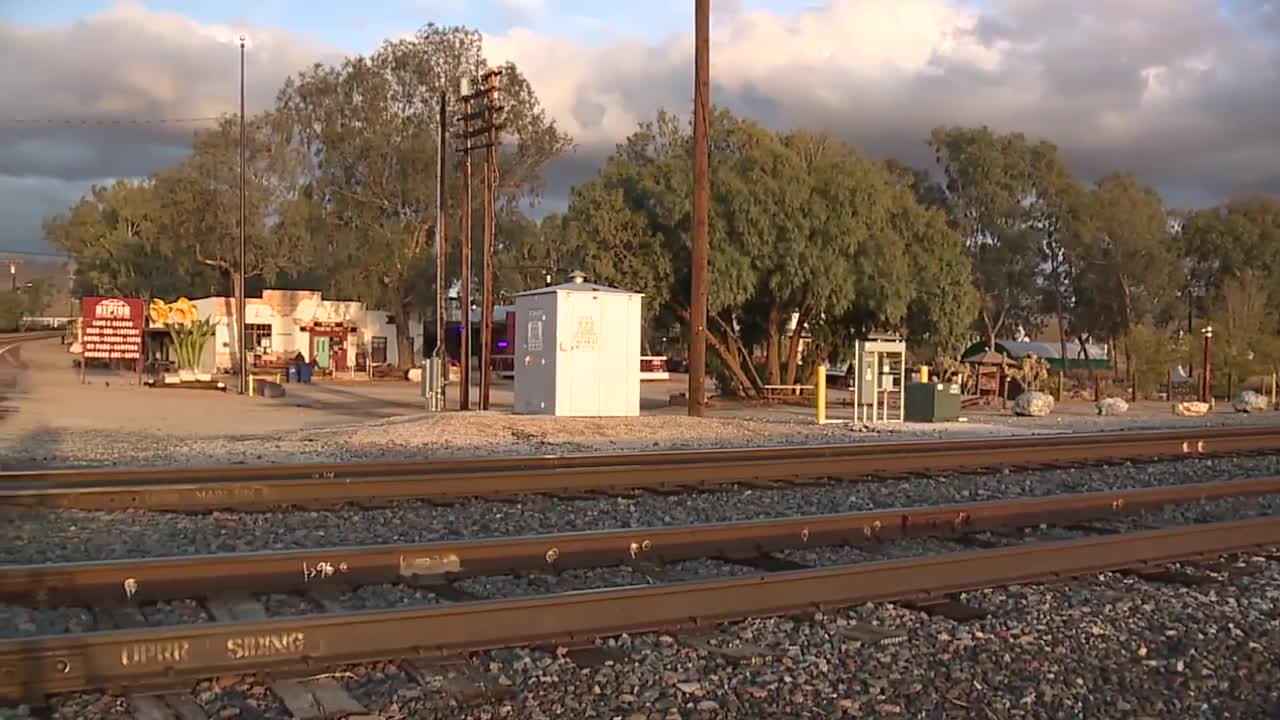 There is a tiny town just south of Las Vegas that couldn't be more different than Sin City but the two locations share at least two things in common: an affinity for marijuana and attracting visitors. 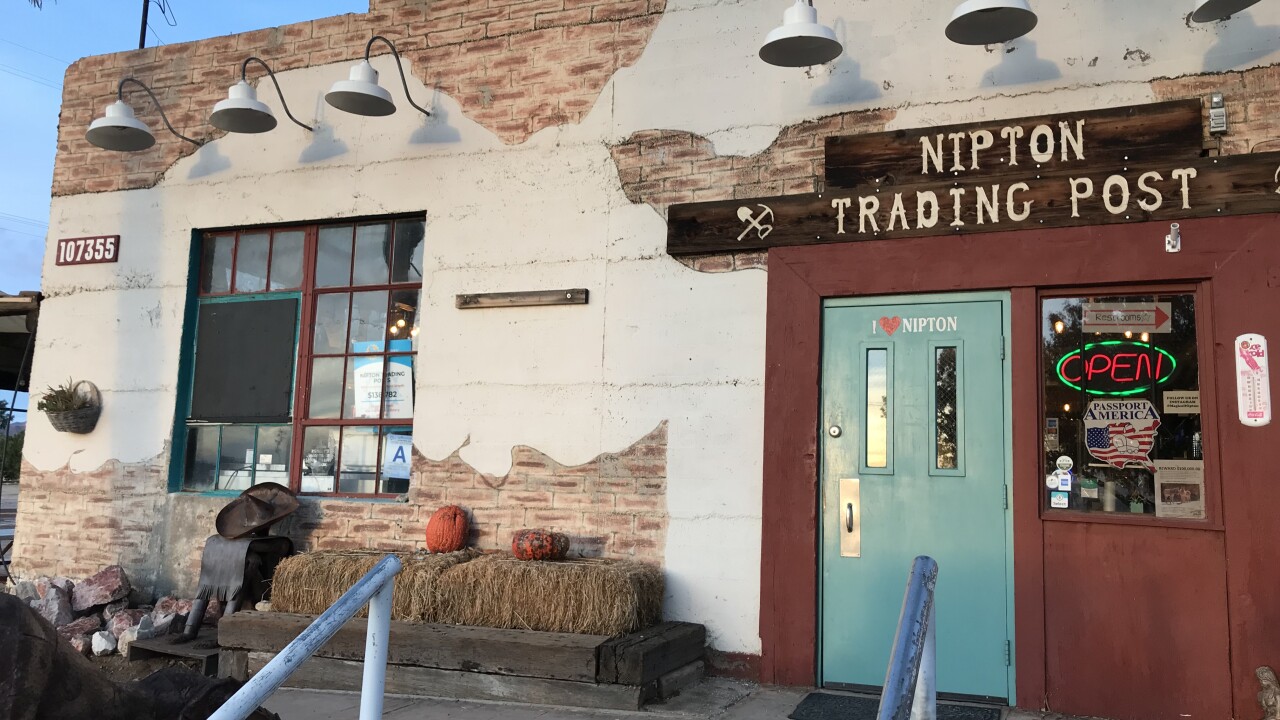 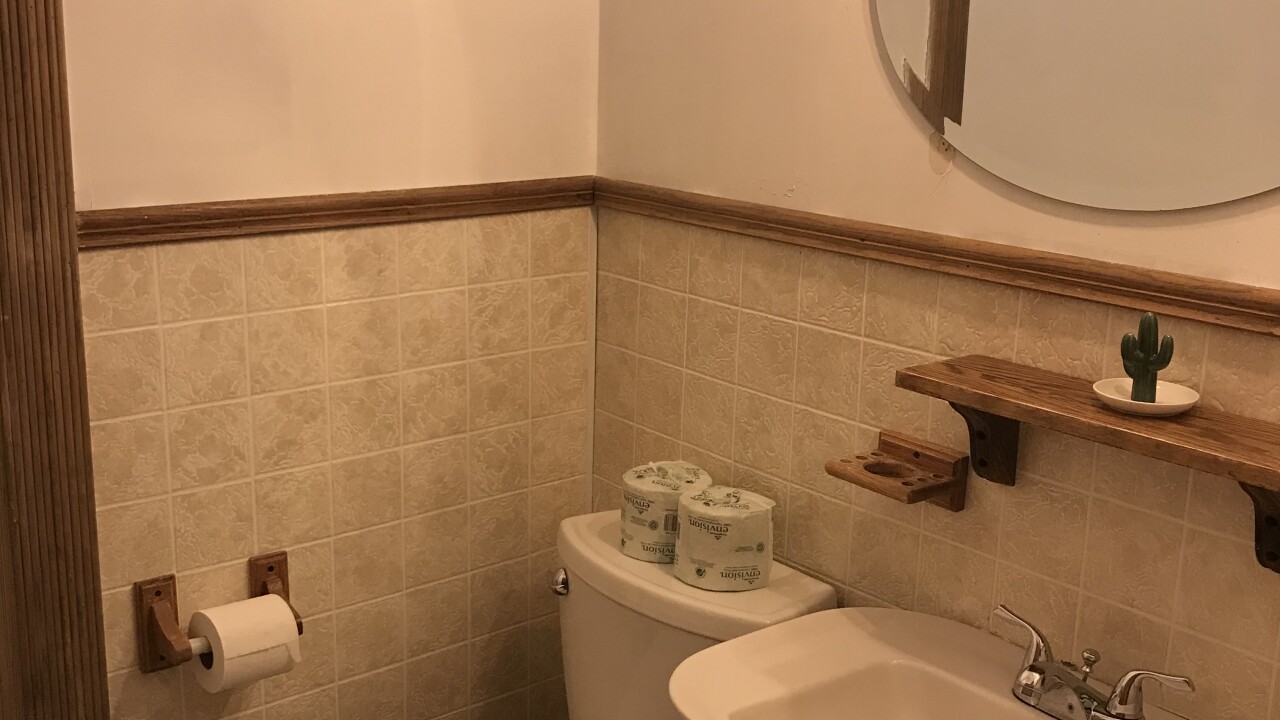 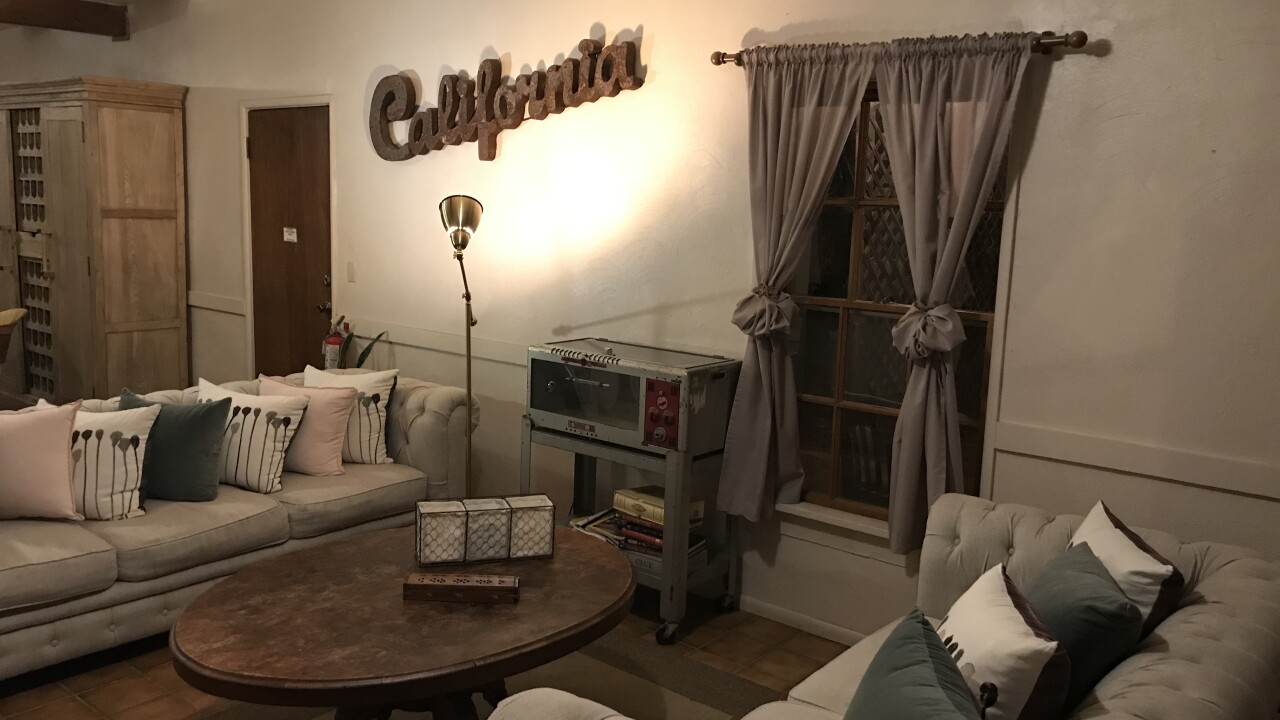 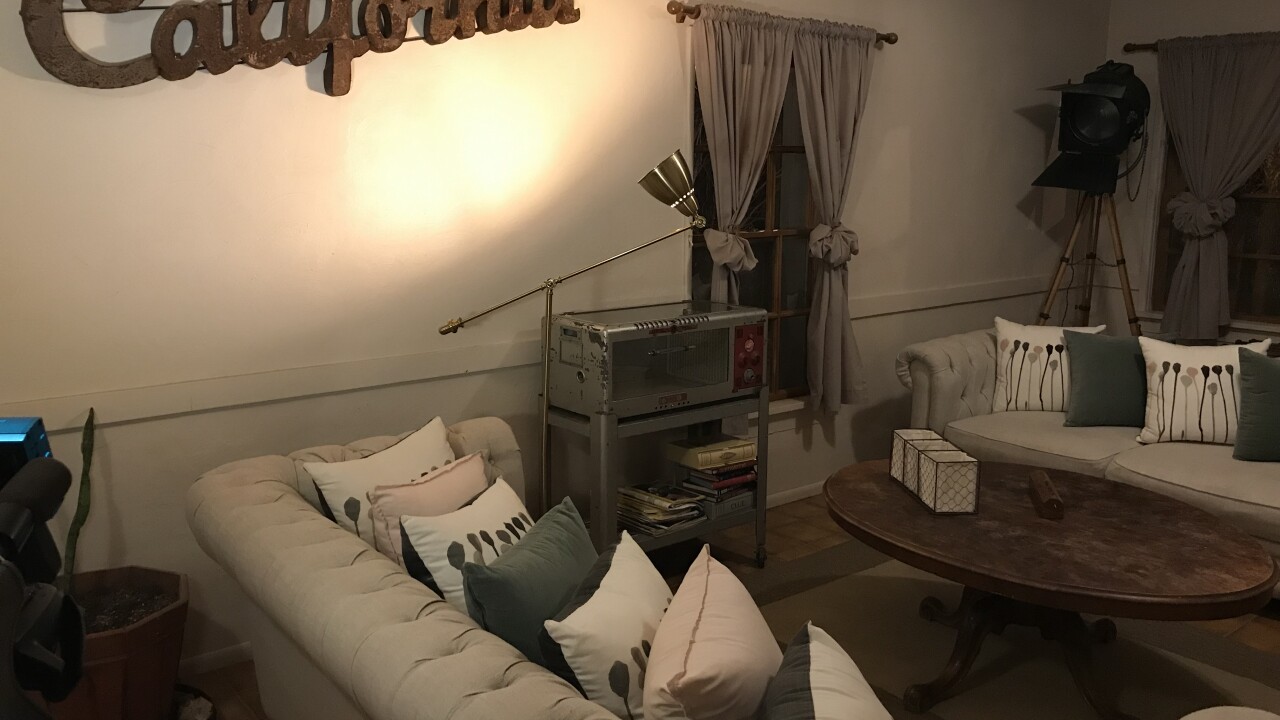 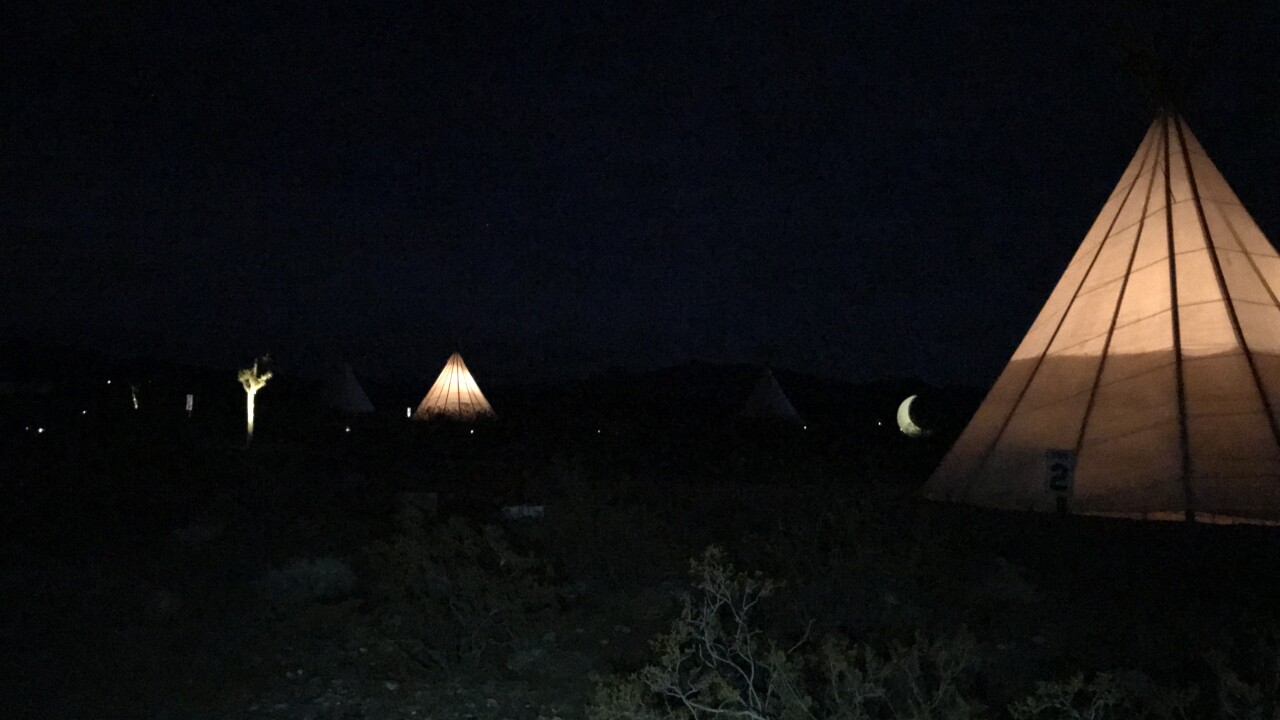 NIPTON, CALIF. (KTNV) — There is a tiny town just south of Las Vegas that couldn't be more different than Sin City but the two locations share at least two things in common: an affinity for marijuana and attracting visitors.

A stop in the town with a population of under 20 full-time residents is a real trip back in time.

"The town was founded in 1905 and it was because of the railroads and the mines and the cattle ranchers that used to be out here," said Mayor Jim Eslinger.

Eslinger is a self-proclaimed hippie and embraces the wild west lifestyle.

"It's not for everybody, but it fits me just to a "T," said Eslinger.

Eslinger is the face of the tiny town but also runs the trading post and Nipton Hotel which has a total of five rooms for rent.

"We have some weddings come up here soon," added Eslinger.

13 Investigates asked Mayor Eslinger about the possibility of the town becoming a weed resort, as planned as recently as 2017.

Reporter Joe Bartels: "Is cannabis going to be the future of Nipton, still?"

"I'm not sure about that," said Mayor Eslinger.

The town was purchased in 2017 by American Green, one of the largest dispensary brands in the United States, for $5 million dollars.

About a year into the project, American Green released a statement about the project:

"Buying and building towns is very cash intensive. Up until now, the cost of attracting capital has been very expensive for our company"

In 2018, the Phoenix, AZ based company sold the town for $7.7 million dollars to Delta International Oil & Gas.

As 13 Action News reported, under terms of the $7.7 million deal, American Green will continue its plans to transform the town into a one-stop cannabis resort complete with a buds-and-breakfast hotel through 2028.

"We hope that people that come out here respect and be considerate of their neighbors when they do consume out here. Not just to be wille-nillie about it," said Eslinger.

Nipton still needs a dispensary to sell marijuana and products containing THC, the substance that gets people high.

So far, the Nipton Trading Post sells CBD infused products such as lotions and food items which have the purported benefits of marijuana without the high.

Major Jim has ideas of praying to the God of Ganja and preaching the benefits of pot from the pulpit.

"Yes, I want to start my own church," said Mayor Jim.

Hopefully cannabis is going to be part of my religion," added Eslinger.

The United States Supreme Court has upheld religious groups can use illegal drugs if they are part of their worship services.

The marijuana ministry would allow the town greater flexibility to embrace marijuana.

"Hopefully that will bring members in because I know that what use to be illegal and people gone to prison for it's an exciting time in the whole United States here. Something that people went to prison for is actually going recreational from to state to state," said Mayor Jim.

In the meantime, the town is hanging its hat on toursim and glamping, with tee-pees which allows people to come and stay in the desert.

"We've got the TEE-PEES, those are new,' said Mayor Jim.

"We rent those out, there's beautiful beds in them, they're all set up," added Jim.

"We've remodeled the inside of the hotel, remodeled the cabins out there, and we have all this super neat artwork from different artists, and are hoping to hopefully make this a nice outdoor art gallery place out here in the future," he explained.

Nipton, once a ghost town, may still get new life as a desert destination.