Construction authorities and the Raider's organization took exception to reports of construction delays on the nearly $2 billion dollar Allegiant Stadium and revealed new details about the roof construction, financial situation, and ticket sales. 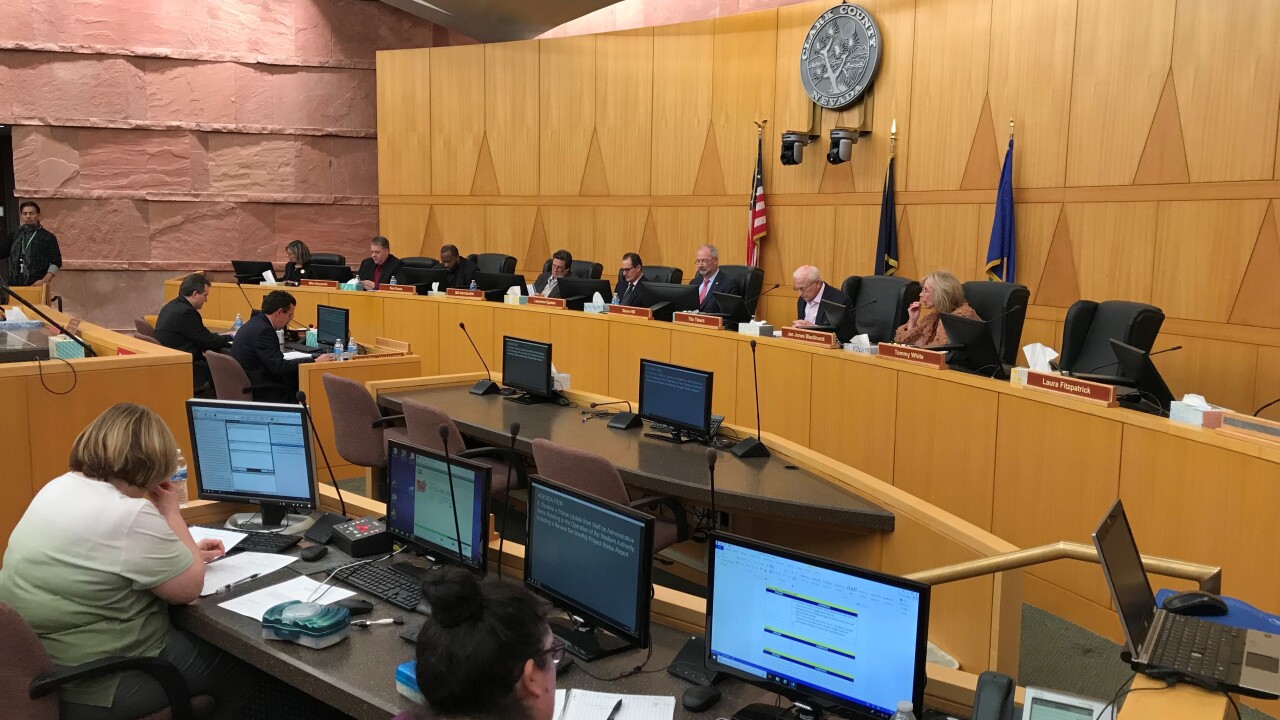 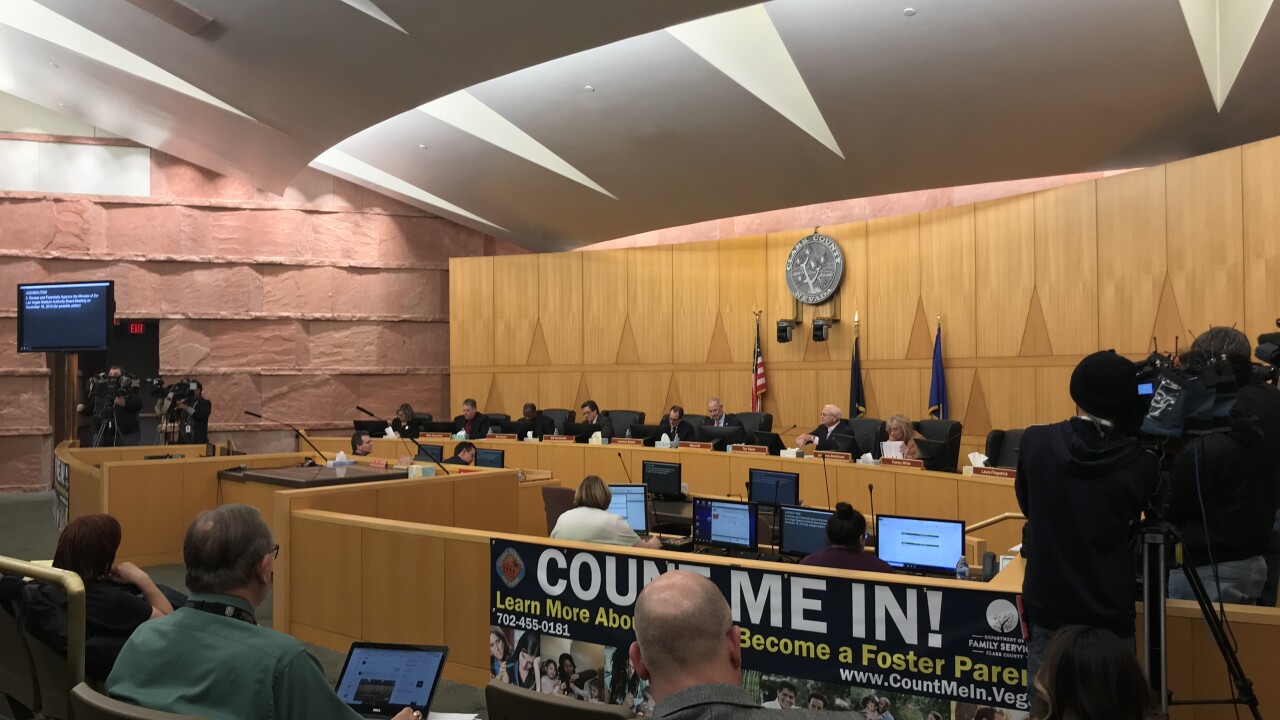 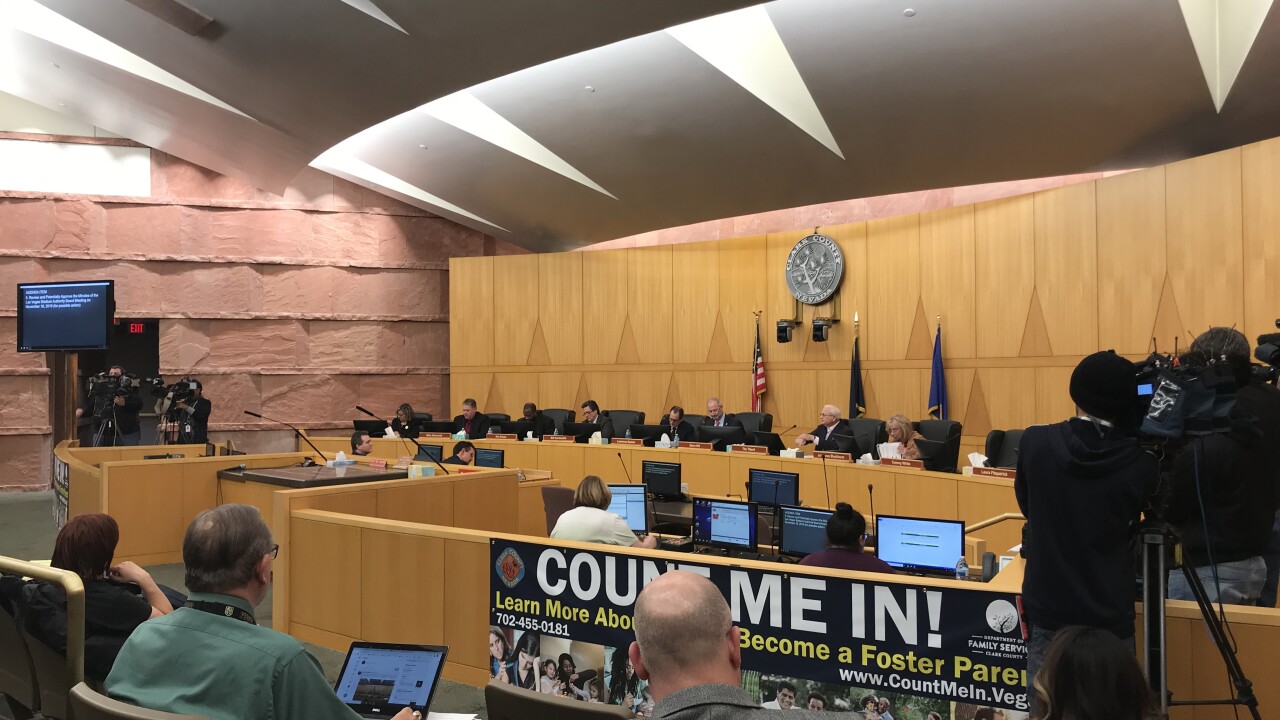 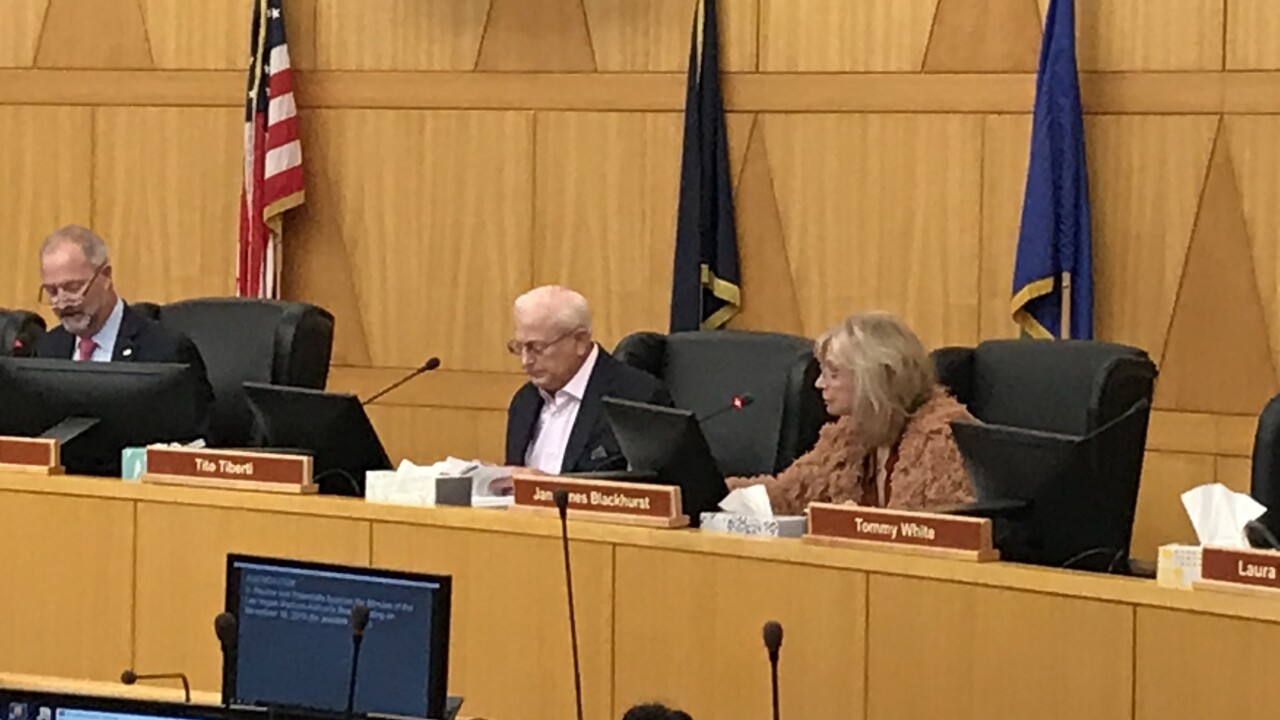 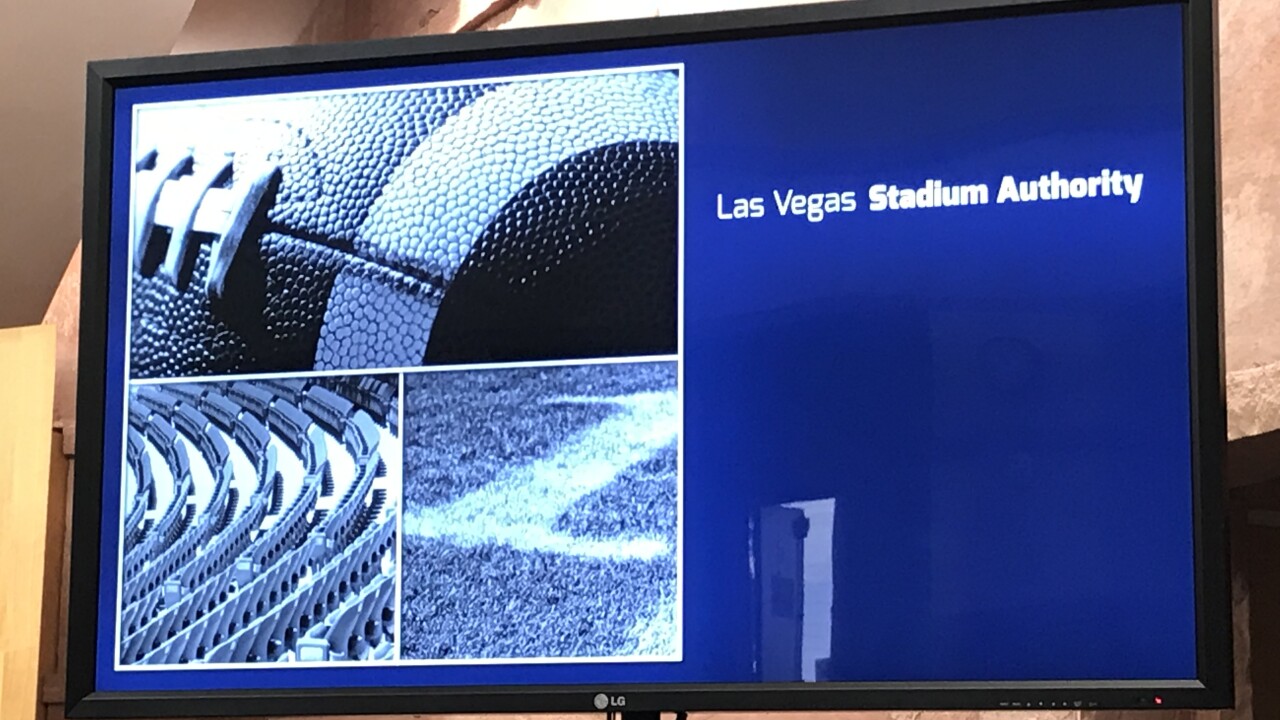 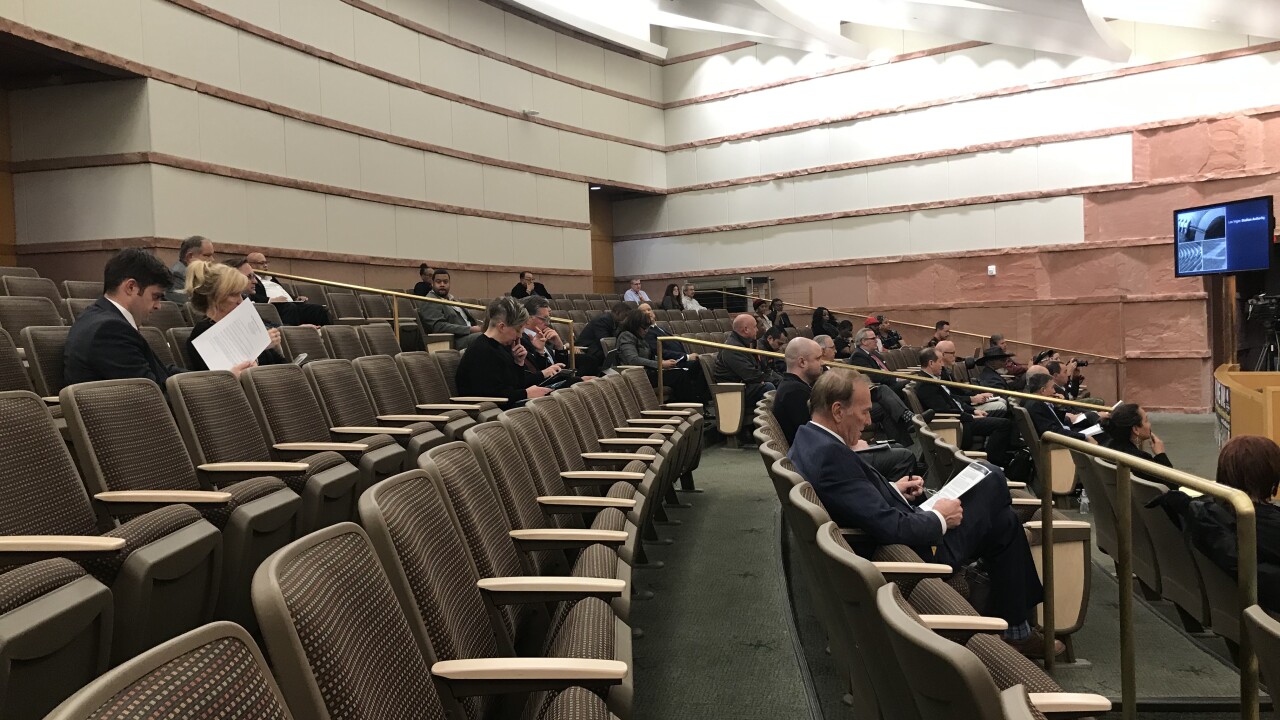 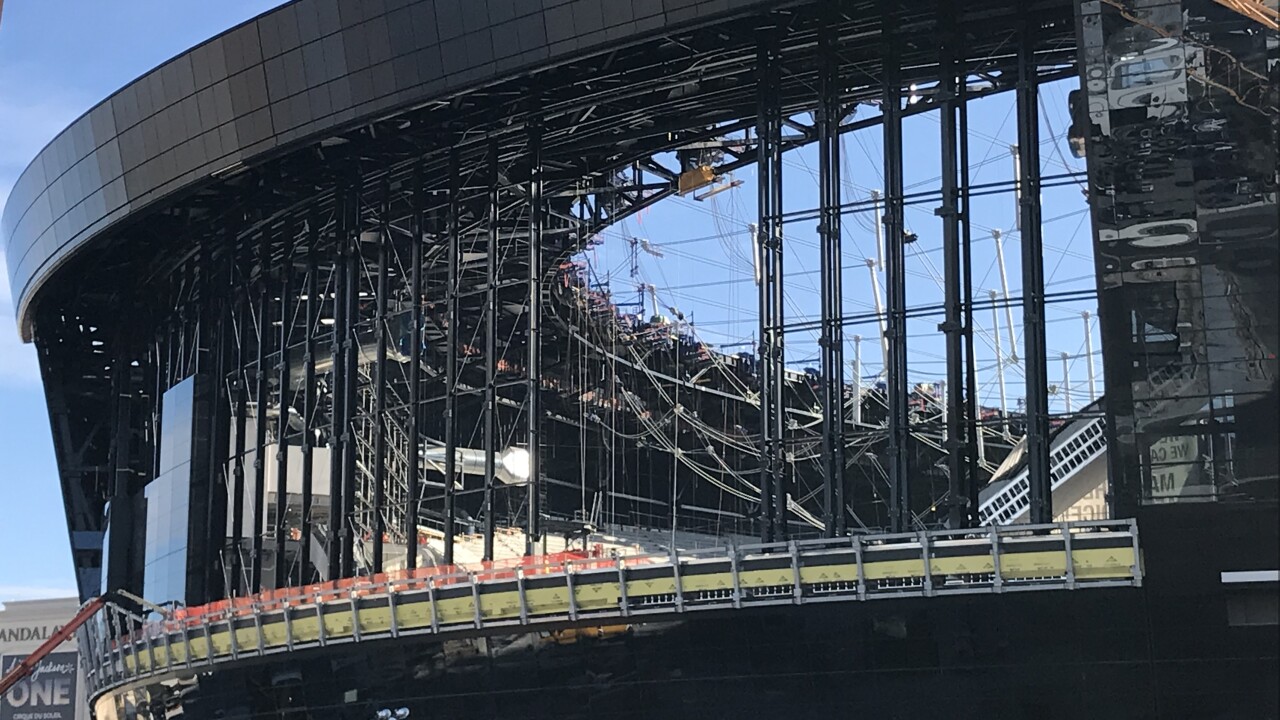 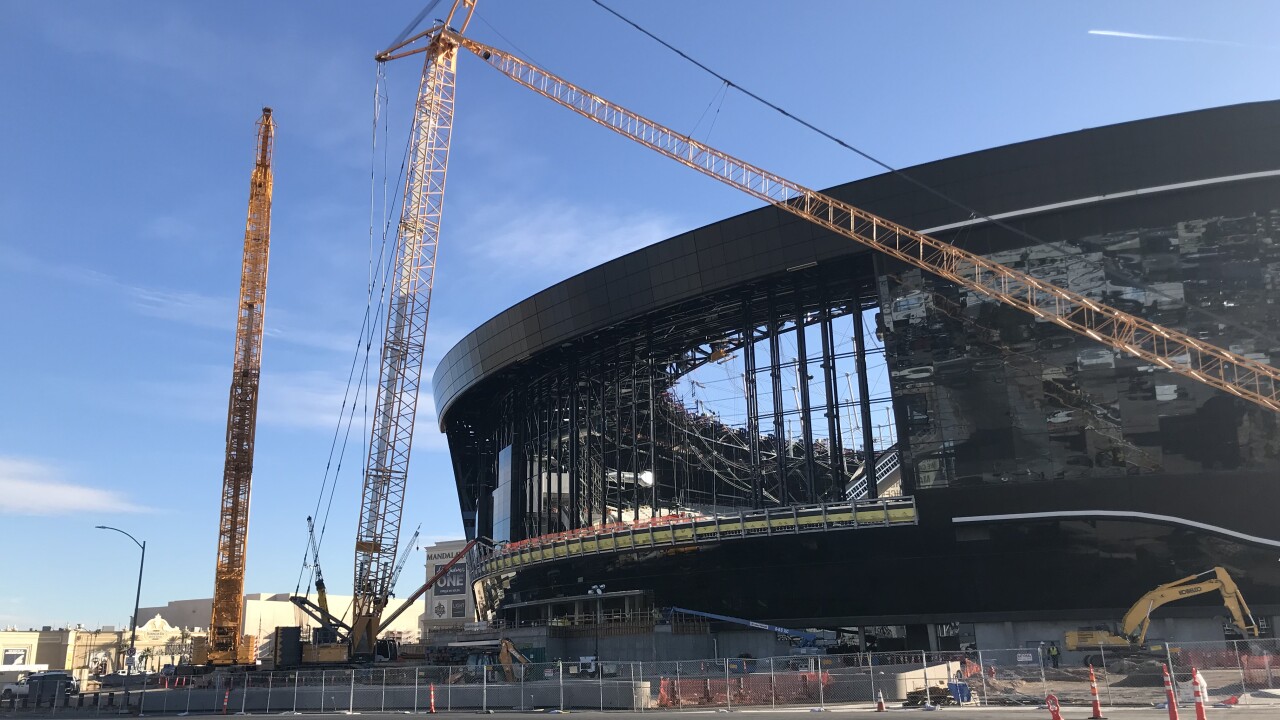 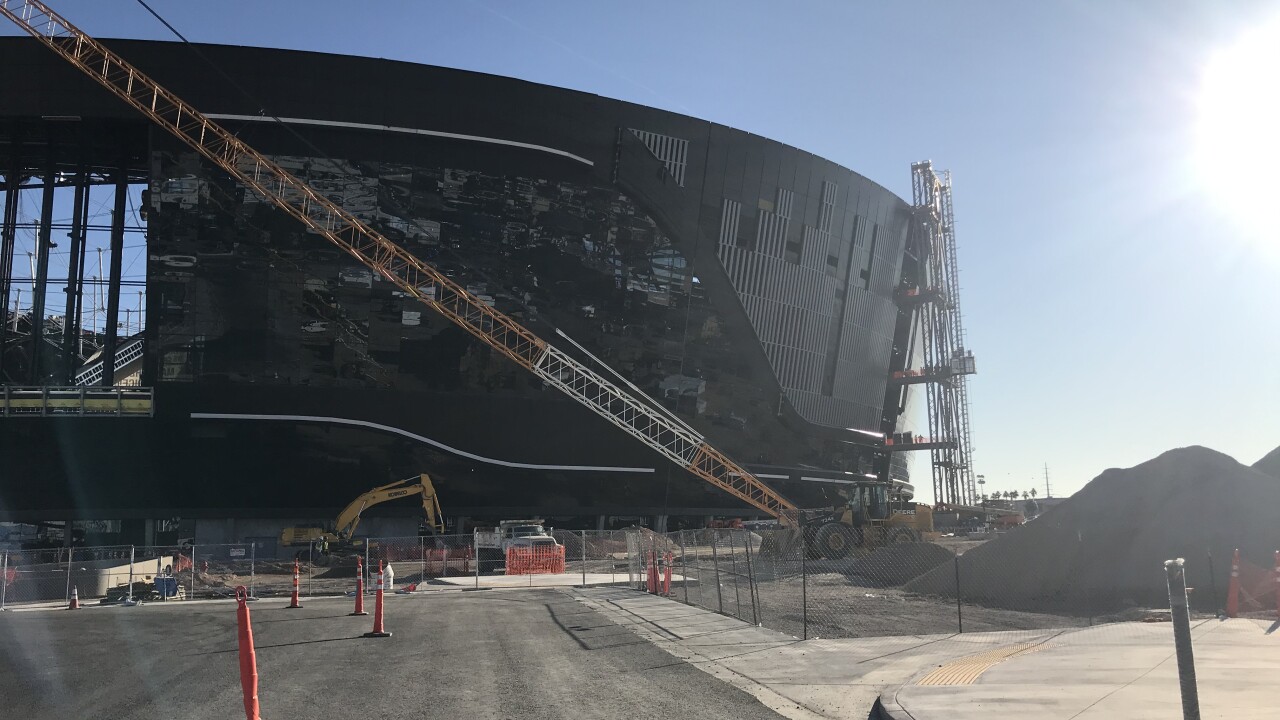 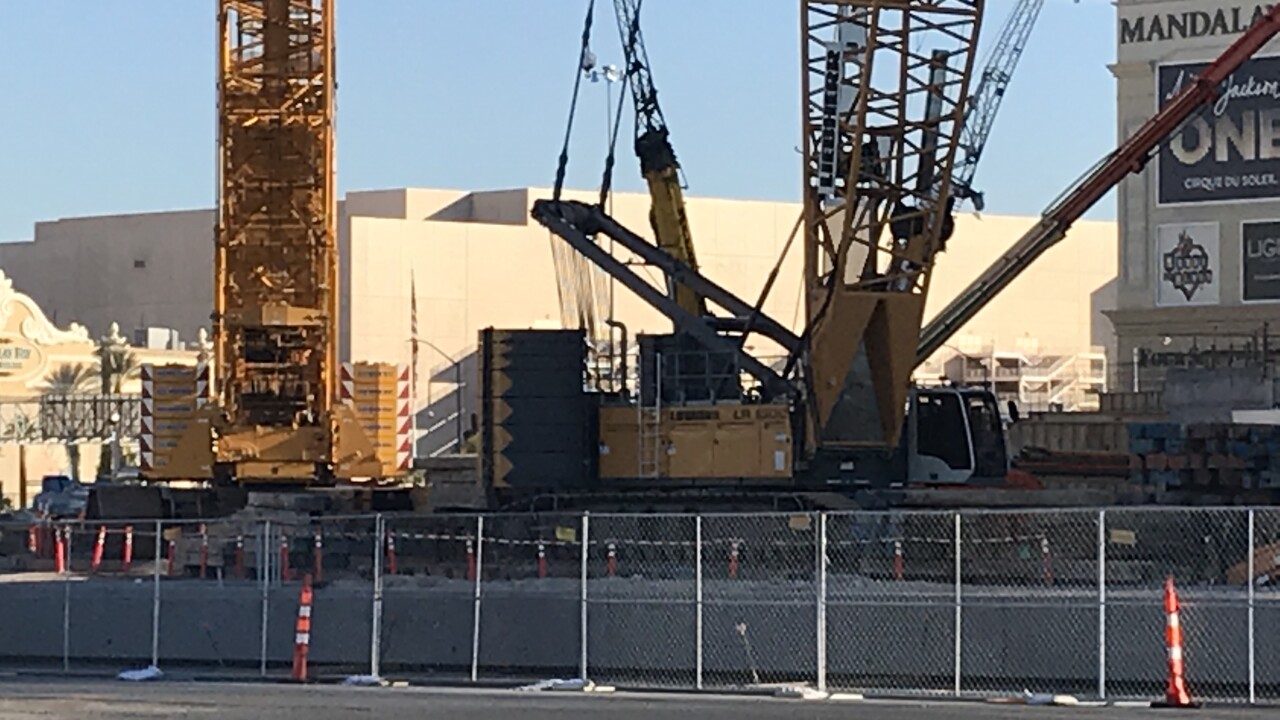 Reporters asked Don Webb, Chief Operations Officer for the Las Vegas Stadium Company about whether the roof set back would impact the target opening date of July 31, 2020.

"Maybe, I could use three or four different languages. Nein, neit, no! It's not, we're going to finish on time for all of the reasons that I gave you and more," said Webb.

Webb explained there were problems with the one-of-a-kind translucent roof during installation.

"During the installation of the stainless steel cable netting system which will ultimately support this ETFE roof, as the stainless steel cabling was being hoisted into place and attached to the compression ring for the steel canopy roof, one of the connections was overstressed and resulted in a handful of bolts, holding one of the more than 100 joints in the lower portion of that canopy, to break," explained Webb.

In a December report, the company behind the roof installation reported the set-back meant the roof was, at one point, 60 days behind schedule and raised concerns about interior parts of the building being exposed to the weather.

Webb told the Stadium Authority Thursday, that engineers were able to figure out a different method to hoist the structure into place.

The procedure was approved by Clark County and installation has resumed, however, the building will not be weather tight until mid-May, about 30 days later than expected.

"We have five separate teams of engineers working collaboratively to come up with solutions to model this situation to identify what went wrong and to check each other's work," Webb told reporters Thursday.

Webb also revealed to the Las Vegas Stadium Authority Board that rains in December caused about $100,000 in damage to the facility.

"I threw out the term or the figure that the rainiest month of the year, which saw twice the amount of rainfall and the building wasn't closed in, resulted in $100,000 worth of damage. You know $100,000 is real money to me and it probably is to most of you, I don't know if some of your reporters might make more than I do, but $100,000 on a $2 billion project is a rounding error," said Webb.

Webb explained the damage was minimal and remains confident that despite the roof installation delay and explained any cost overruns and damage are the responsibility of the construction company.

"We have acquired a lot [of parking] in the past few months and I think the last time I spoke at this, was probably four months ago, and our team has been very active in acquiring properties and getting leases with businesses," said Badain.

Badain told the board the stadium will need approximately 12,000 parking spots at or near the facility.

To date, the organization has secured 15,000 parking spots, and 15,000 additional spots needed at properties on the Las Vegas Strip.

Jeremy Aguero, with Applied Analysis, provided the board with an overview of the finances, which appear on pace with expectations.

"The Allegiant Stadium project is on schedule and on budget and continues to be there. “