Is 'Vegas Flu' the secret to the Golden Knights success? 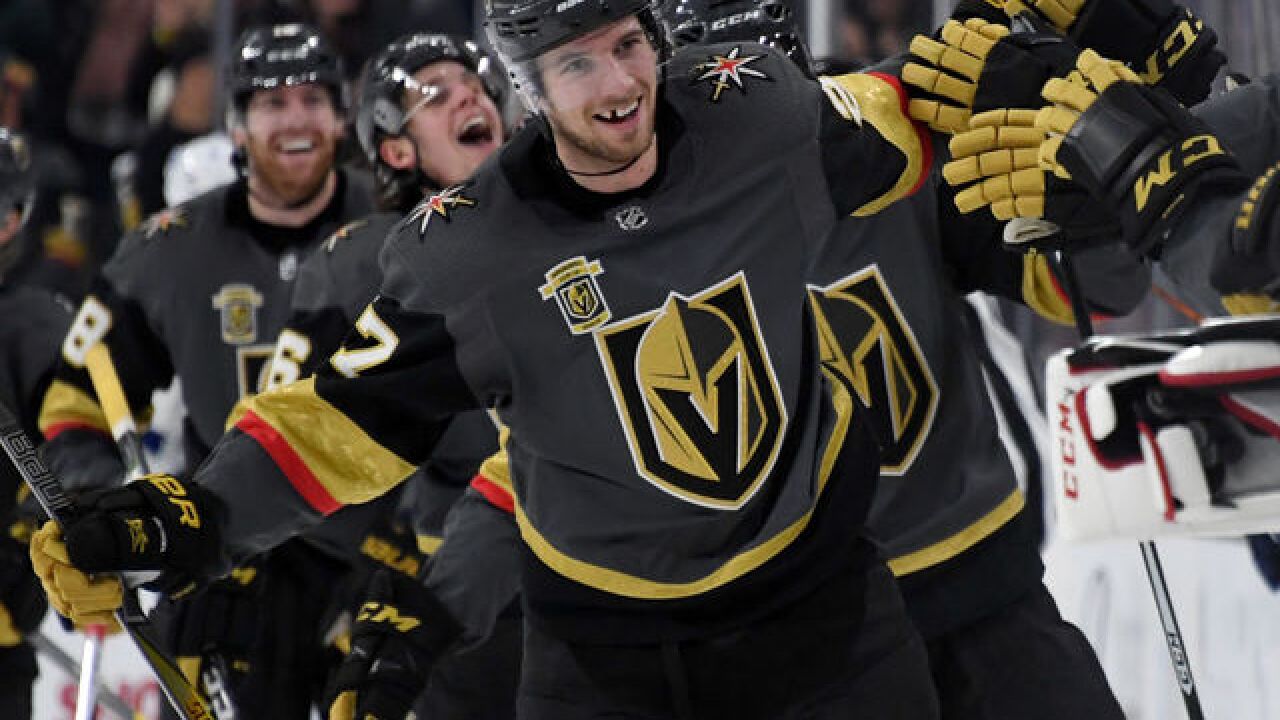 The Golden Knights keep racking up the wins. The franchise is so good, they're doing something no expansion team does in any sport this deep into their inaugural season: Win. A lot.

"It's a good bunch of guys," said goalie Marc-Andre Fleury.

“Our crowds at home are giving us a lot of energy and confidence to win games," said goalie Malcolm Subban.

Chemistry, coaches, and crowds go a long way. But do Knights have a secret weapon? Is there such an ailment as Vegas Flu, a bug the home team is immune to that afflicts only visiting teams?

“I don't know, you could ask them," said Fleury.

When asked if Vegas Flu is a thing, Tuch answered, "I don't know about the Vegas Flu. People come in and have some fun I hear, but nothing crazy. No one's getting in trouble. Everyone's doing pretty well."

Back in the 1970s, some visiting players would catch a bad case of Philadelphia Flu. They'd "mysteriously" get sick so they wouldn't have to face the punishing Flyers.

Does the allure of the strip beckon so seductively opposing players can't resist the urge to party too hard and play like they’re sick on game night?

"That might happen back in my era, but in today's game, guys get prepared to play," said coach Gerard Gallant. "Today the guys are professional, and it's big business."

When asked if Vegas Flu is real, Subban responded, "you have to ask the other teams."

When asked if the alleged condition is an urban myth, Fleury chuckled and responded, "I don't know. It's still out there right?"