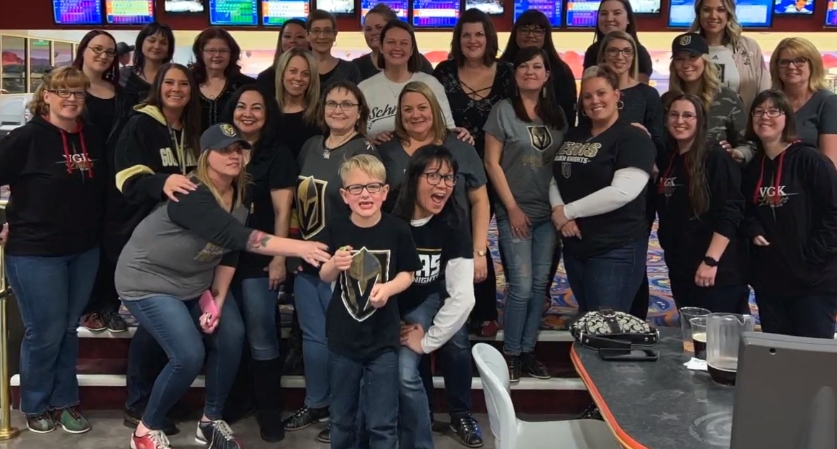 ust as the Vegas Golden Knights have been riding an undeniable wave of momentum, so too have the VGK Ladies.

LAS VEGAS (KTNV) — Just as the Vegas Golden Knights have been riding an undeniable wave of momentum, so too have the VGK Ladies.

It's a group that started midseason last year as the VGK Ladies group was built as a safe space for women to both learn about hockey and express their fandom.

“It’s probably going to get bigger than either of us can dream,” Amy Novak said.

What started as a small, private Facebook group has grown into a full-fledged brand - the original group now boasts a membership of more than 5,800 women.

Plus, they have a public Facebook page and a website with the goal of giving women what they want.

"They still want the stats and the news, but they also want to show their fandom in different ways. So they want Vegas Golden Knights crafts, and they want party ideas and hair and makeup ideas so they can go to the game decked out in glitter and be all crazy," said founder Katie Leavitt.

But what the ladies behind VGK Ladies couldn't have predicted was their group turning into a community.

“This could’ve just been a facebook group. Where people sat behind their keyboards and you never got to see their face, and you never got to meet them or hug them or give them a high five during a game. This has taken it to another level because we’re also engaged outside of our keyboards. We know each other, and we see each other face to face," Novak said.

The Golden Knights continue their playoff push Thursday against the Sharks in San Jose.