List of Vegas Golden Knights events and where to watch games 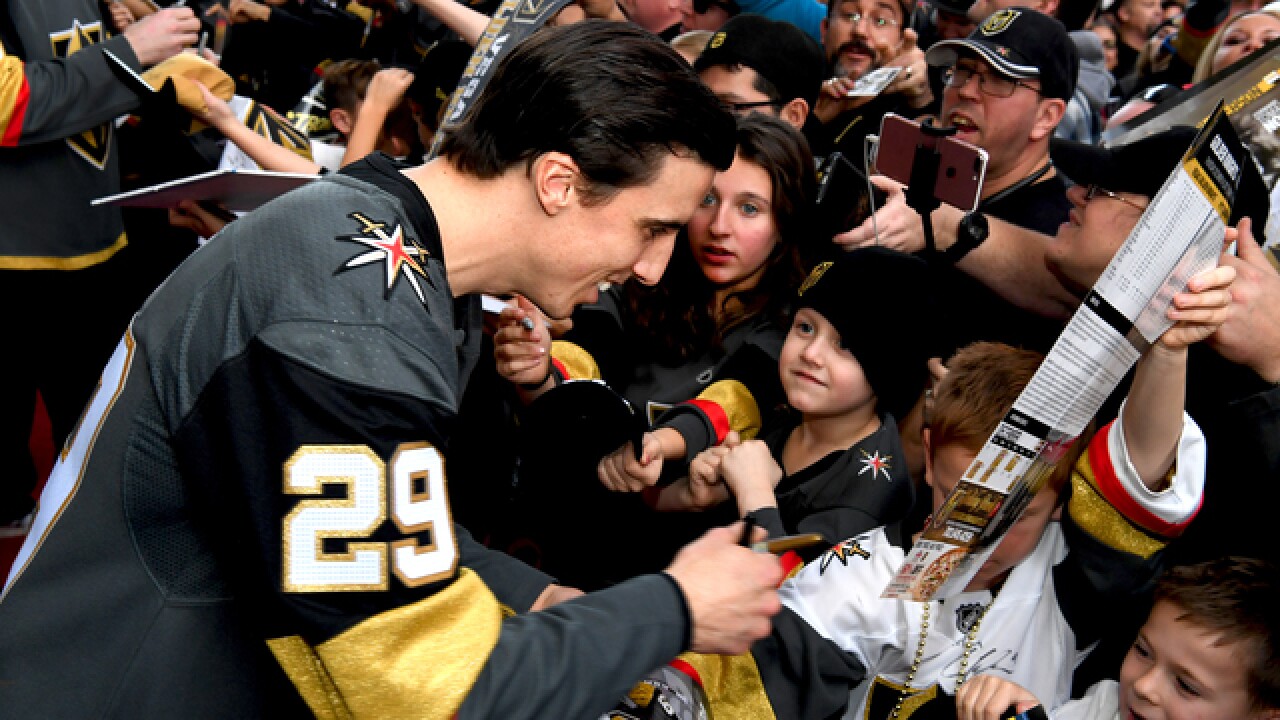 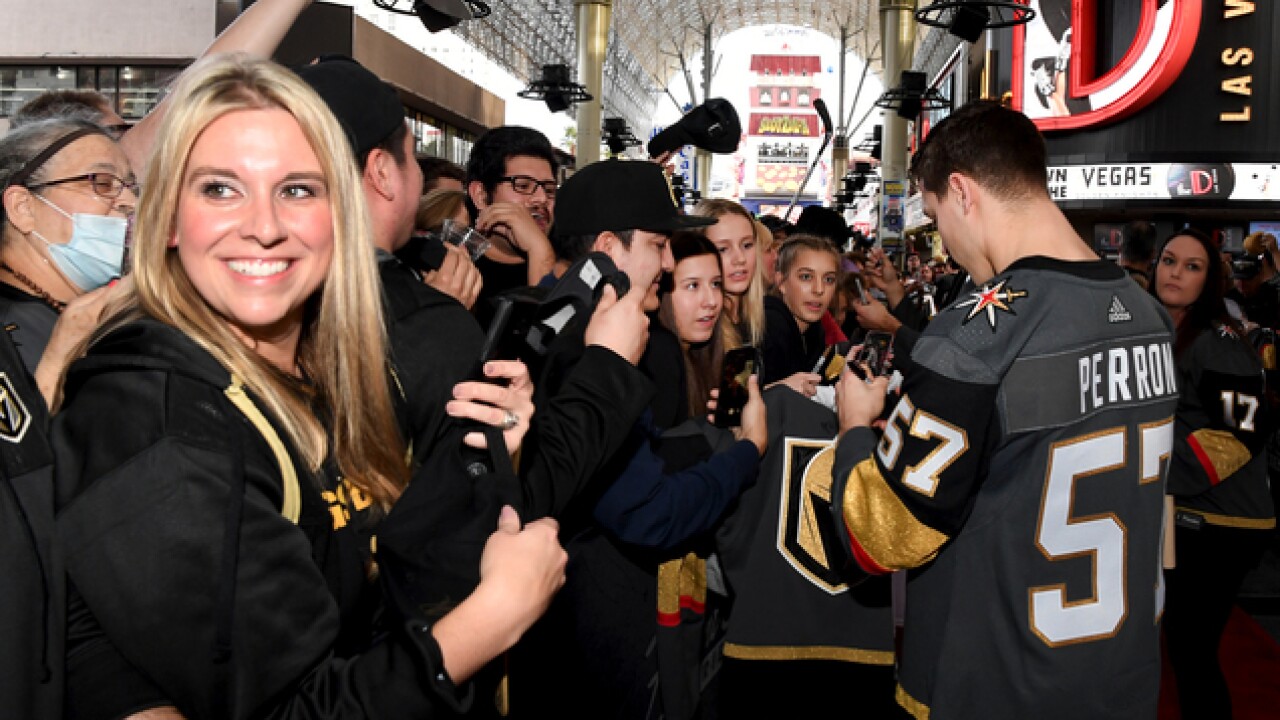 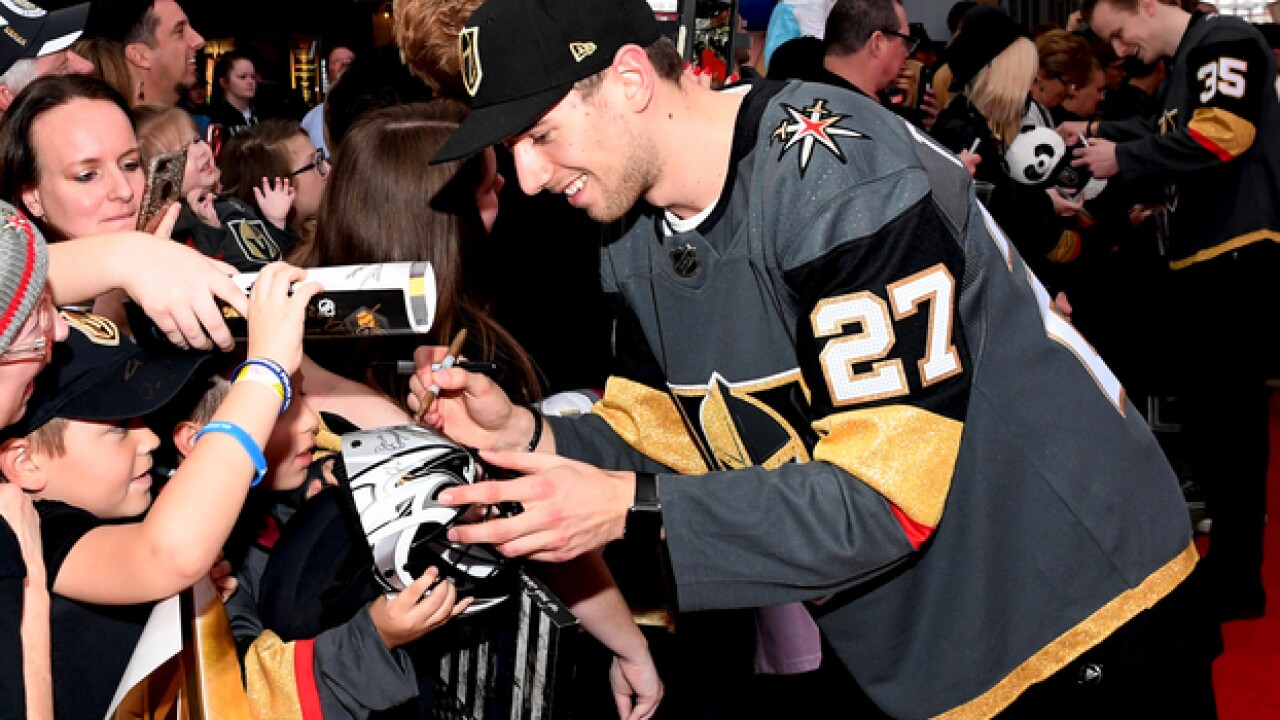 The Vegas Golden Knights have really embraced the Las Vegas community and in turn, the city has come out to support the team in full force. For that reason, we've decided to create a list of events where fans can see their favorite Golden Knights.

The Golden Knights have announced an official Game 4 watch party inside of T-Mobile Arena. The Downtown Las Vegas Events Center will still host their official watch party for Game 4 on June 4. Puck drop for both games is set at 5 p.m. Admission is free for both parties.

The Downtown Las Vegas Event Center hosts watch parties for all home and away games. Reserved tables available. Free seating in bleachers or on the grass. Food and beverages available for purchase. Special entertainment during the game. Free and open to all ages.

PT's also has the “Vegas Golden Knights Express,” which provides fans throughout Las Vegas with a safe and affordable option to travel to T-Mobile Arena. The bus transports fans to and from the game at PT’s Ranch located at 2430 East Pebble Road. Exact cash fare of $2 each way is needed, or tickets may be purchased via the RideRTC mobile app.

In celebration of the success in the team’s first year, BEER PARK at Paris Las Vegas will show the Golden Knights’ playoff games on dozens of high-definition TVs throughout the venue, and all guests wearing Vegas Golden Knights merchandise will be treated to a complimentary Budweiser beer. BEER PARK offers an in-house sportsbook, making the venue one of just a few places in Las Vegas outside of casino sports books to offer live betting.  The rooftop restaurant will also offer a limited amount of merchandise to hockey fans throughout the playoffs. BEER PARK always offers more than 100 beer selections, including 36 drafts on tap, as well as an expansive tailgate menu of several meat options prepared in the in-house smoker.

Fat Bar at 3763 Las Vegas Blvd. will be hosting playoff watch parties. Drink specials include 2-for-1 domestic beer and well drinks, $35 all-you-can-drink beer during the game, $3 Jameson and Fireball shots, $5 Patron shots. Also, everyone wearing VGK jerseys will get a free shot if the team scores.

For the hungry hockey fans, the new Clubhouse Deli has $5 chicken wings, chicken fingers, and chili dogs. Knights gear is also up for grabs!  For every $20 NHL hockey wager the day of each Knight Fever viewing party, guests receive one entry for official VGK wear.  Two drawings will be held during each playoff game.  Guests also receive $5 Clubhouse Deli coupons for every VGK win!

Roxy's Lounge, near the Sam's Town Sports Book, will have drink and game-day specials for the Stanley Cup Final games. The bar will open at 4 p.m.

Blondies Sports Bar & Grill has a buy one, get one free pizza with VGK ticket stub deal. The offer is valid up to 7 days after the date of the ticket.

Born and Raised has food and drink specials for the games.

Buffalo Wild Wings at the Planet Hollywood hotel-casino has a pre-game Happy Hour from 2 – 7 p.m. where fans can get $1.50 off all draft beers, select mixed drinks, house wines, and six different $4 shareables.

Five50 Pizza Bar at the ARIA is offering a pizza named "The Post Seasonal." It includes grilled golden pineapple and roasted red knight peppers, topped with pickled jalapeños and smoked bacon for $5.50 (slice) / $25.50 (whole pizza). Golden Road Blonde Ale will be available for $5.50 (glass) and $18 (pitchers that serve four glasses).

Hooters hotel-casino now offers Vegas Golden Knights fans a free bucket of beer two hours before and two hours after the home game if they show their same-day ticket for the rest of the season. Guests will receive five Budweiser products of their choice, including Budweiser, Bud Light and Michelob Ultra.

Money Line inside the Park MGM will offer playoff specials that include Golden Knights Beer on draft and a Playoff burger-and-beer combo.

Public House at the Luxor hotel-casino is offering special pricing on food and drinks during the game, including $10 cocktails.

The Still Crafts, Drafts and Eats has drink specials for fans wearing their Golden Knights gear for all the away games.

The Vegas Golden Knights pizza can be ordered in both small and large sizes at $15 and $25, respectively. Additionally, present your ticket stub from any (VGK) home game and receive 50% off the purchase of the pizza.

Check out the Vegas Golden Knights while they practice at City National Arena. Click here for the weekly schedule.

If you would like to submit information about a watch party, send an email with details to webmaster@ktnv.com.