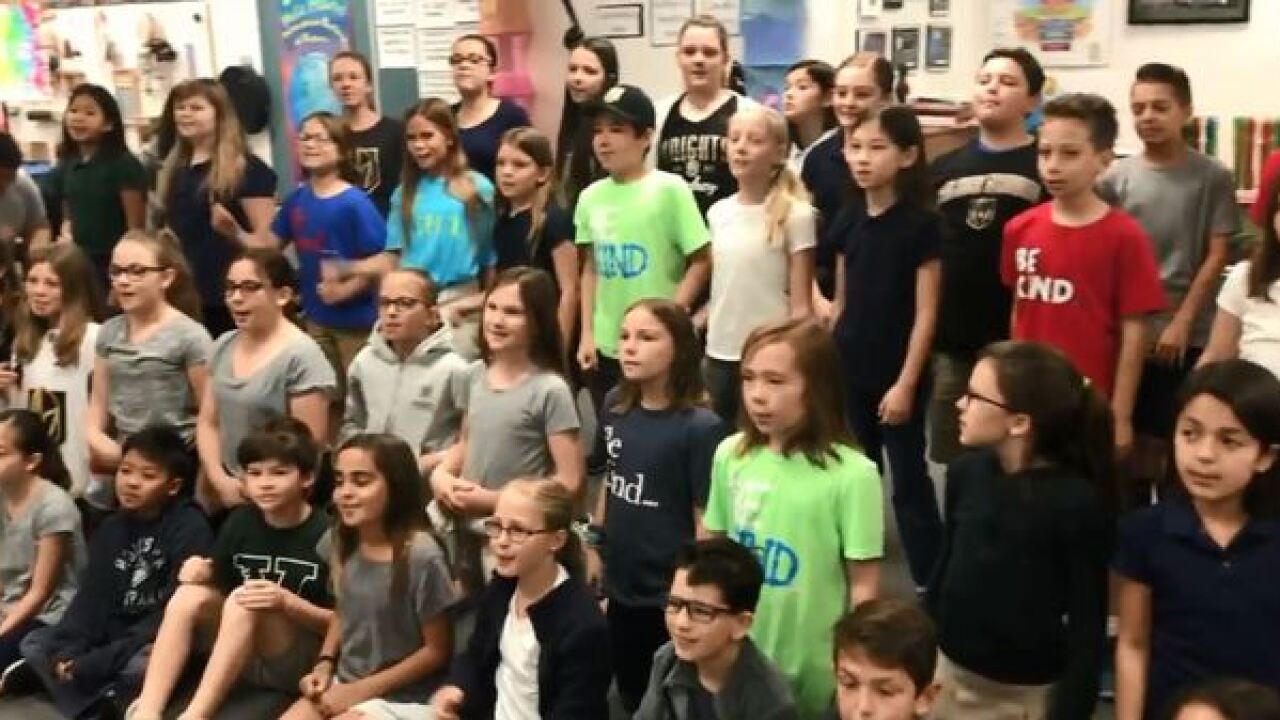 A music class at Henderson's Vanderburg Elementary School has won the #KnightUp contest for the first round of the playoffs.

The class' prize is a pep rally with Chance and the Golden Aces next week.

A music class at John C. Vanderburg Elementary School has been named winners of the #KnightUp contest with CCSD!

They will receive a pep rally with @ChanceNHL next week 🤗🤗🤗 pic.twitter.com/U48VeY11Vr

Another school is creating a buzz on social media - Goolsby Elementary School. Students and staff cheered on the Knights while showing off their hockey gear and posters.

Classrooms were encouraged to show their support for the team throughout the playoffs in a creative and imaginative way with chants, posters, gear, and cheers.

A winner will be selected each round that the Golden Knights are playing.

Schools showed their support using #KnightUp on social media. Here are some of the other schools that participated.

Students at Derfelt Elementary representing our @GoldenKnights! We wrote acrostic poems with “Knights beat Kings” and made word problems with player stats. Nothing like making learning fun! So proud to be #VegasBorn . #KnightUp pic.twitter.com/THmuoFZxQv

Tarr Academy is in the playoff spirit! pic.twitter.com/YD8q6iz7yX