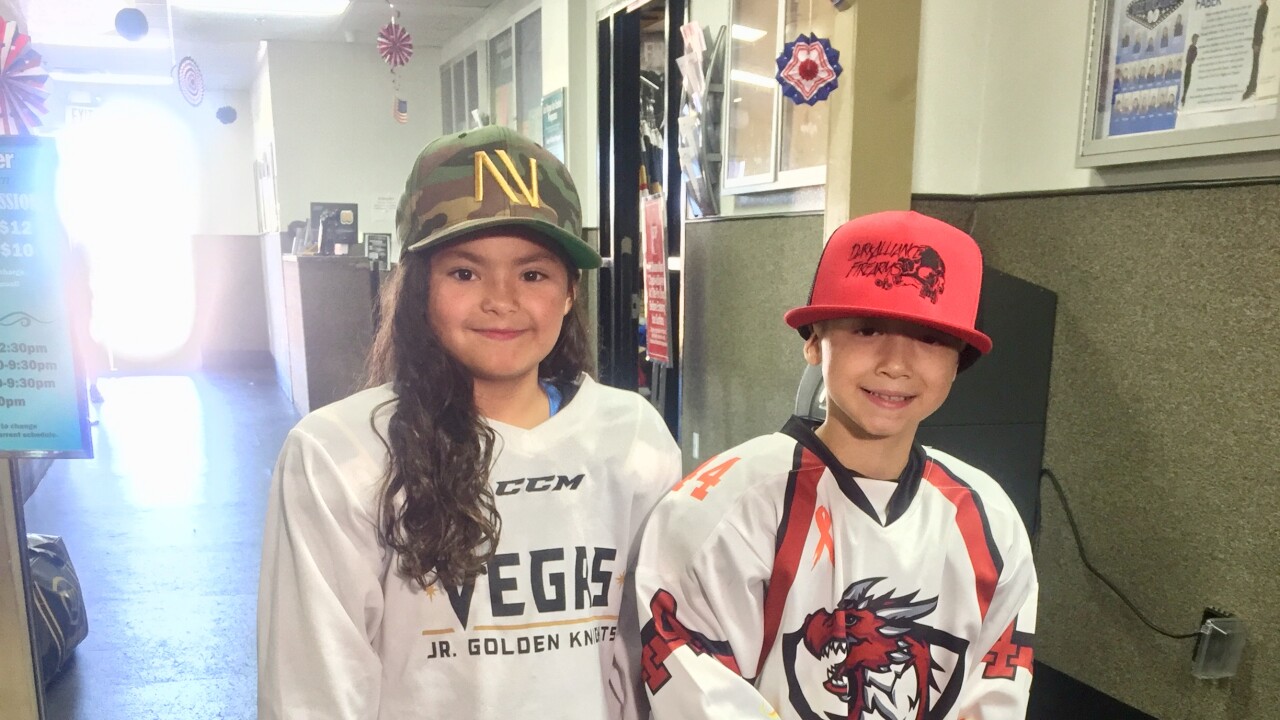 Jackie Kostek
Colin Magdon and one his teammates Presley.

LAS VEGAS (KTNV) — Colin Magdon's teammates are glad to have him back.

"He is an amazing teammate," said Presley, who's played with Colin for years. "He gets a lot of passes and good goals."

The now 8-year-old Junior Golden Knights player was sidelined last November, after being diagnosed with Leukemia. Nearly 100 hockey players, both kids and adults, have signed up to play in a charity skate this Saturday at Las Vegas Ice Center in his honor. All proceeds from the skate will go toward Colin's medical bills and Cure 4 the Kids Foundation.

"I remember a few months ago, I just couldn't walk and didn't feel good," said Colin. "I feel like I have more energy than before."

But the journey hasn't been easy - Colin toughing out chemotherapy treatments, administered through a port in his chest and lumbar punctures to his spine. All required Colin to face his fears head on.

"My weakness is needles. I don't like needles," he said.

Colin may not like needles but he is anything but weak. Six weeks after beginning treatment, doctors surprised Colin and his family with good news.

"It was the first time he had perked up and he was just like, 'did they say I'm in remission?' 'Yeah, you're in remission,' said Keith, Colin's father. "And that's when we kind of knew that it was still going to be a battle but at least we knew there was a light at the end of the tunnel."

For Colin, remission meant a chance to return to his light - hockey. Two months later, doctors cleared him to skate but that first time back on the ice was difficult.

"His legs collapsed underneath him and he turned to me and said, 'I don't want to do this dad.'

Keith says it was a heartbreaking moment for father and son. Still, Colin's love for hockey never waned. He just needed to be patient with his body - build back up to that skill and stamina that earned him a spot on the 7-year-old team at the age of 6.

"He still has that determination to go out there and play and he's ready to be back with his team again," said Keith.

While Colin was in treatment, his teammates proved they were as much a team off ice as they are on. And now, as it is with the best of friends, they're picking up right where they left off.