13 facts you may not know about Winnipeg 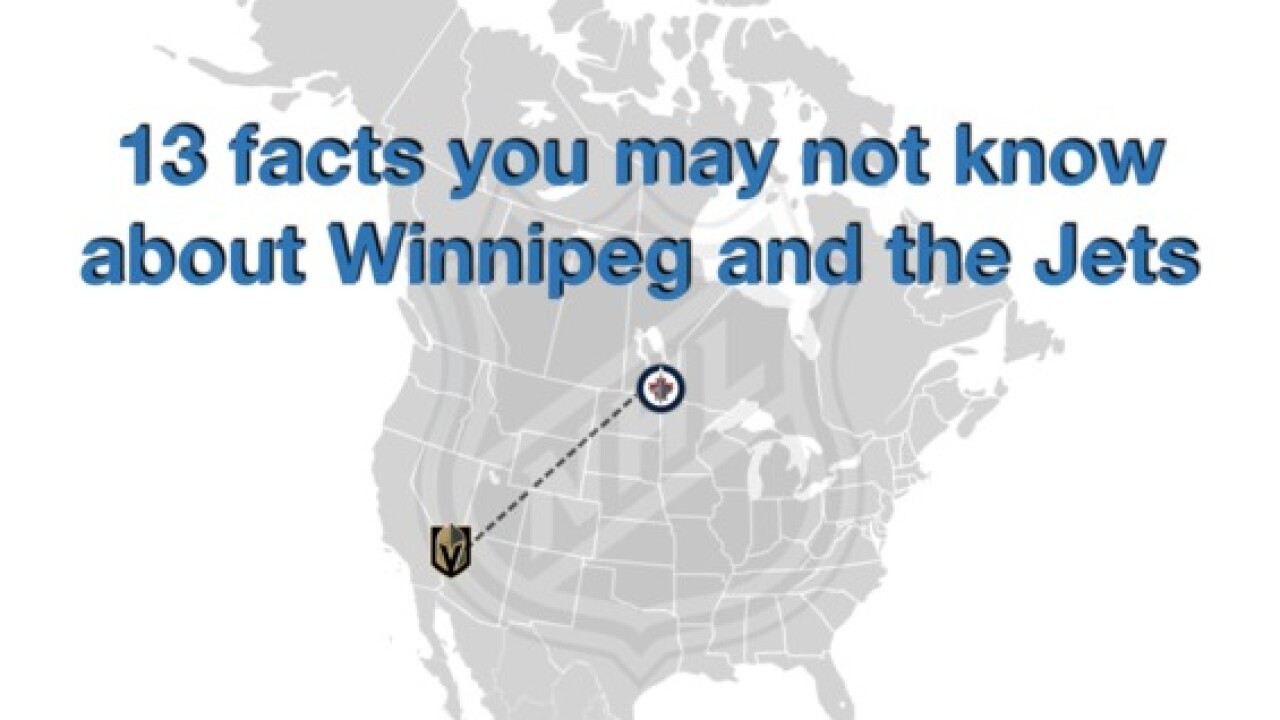 By now most Vegas Golden Knights fans know that the team will travel north to Canada to take on the Winnipeg Jets, but do they really know anything about the city of Winnipeg?

We can honestly say that we knew very little about the city set to host Games 1 and 2 on May 12 and 14. That's why we decided to educate our fellow Golden Knights fans about the latest city standing in the way between Vegas and the Stanley Cup.

Here are 13 facts you may not have known about Winnipeg and the Jets franchise:

2. Winnipeg is the capital and largest city in Manitoba province in Canada.

4. Winnipeg is named after Lake Winnipeg, which is north of the city.

6. Winnipeg's French district, Saint Boniface, was started in 1818 and has the largest French-speaking community west of Quebec, Canada.

7. In the mid-1910s a few Winnipeg buildings were burned down by the Ku Klux Klan.

8. Winnipeg claims to have largest number of restaurants per capita in Canada.

9. The Winnipeg Folk Festival, started in 1974, is one of the largest and longest running folk gatherings in the world.

10. In 2003, Homer became an honorary citizen of Winnipeg during an episode of "The Simpsons."

11. The Winnipeg Jets joined the World Hockey Association (WHA) in December 1971, and were absorbed into the NHL in 1979.

12. The Jets were sold in 1993 and would eventually move to Arizona in 1996. The team name was changed to the Phoenix Coyotes.

13. In May 2011, True North Sports & Entertainment purchased the struggling Atlanta Thrashers franchise and relocated them to Winnipeg. They decided to bring back the Jets name and continue on the team's legacy.