CCSD approves plan to be 'most improved' by 2024 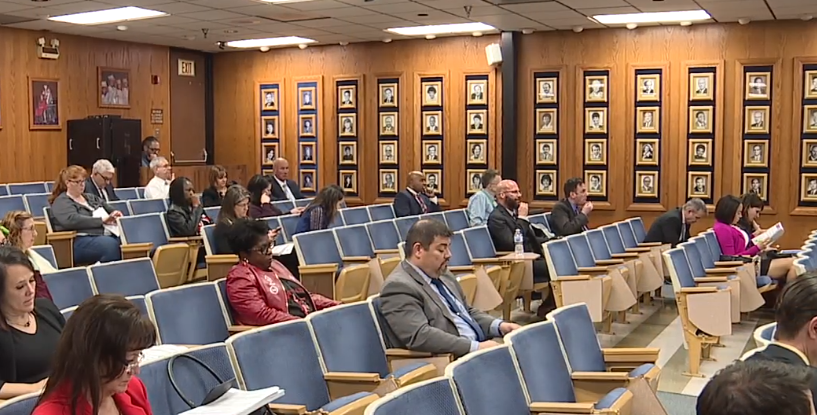 A 90 percent graduation rate, licensed teachers in every classroom and every school rated 3 stars or higher. Those are some of the goals the Clark County School District Board of Trustees unanimously approved Thursday night. 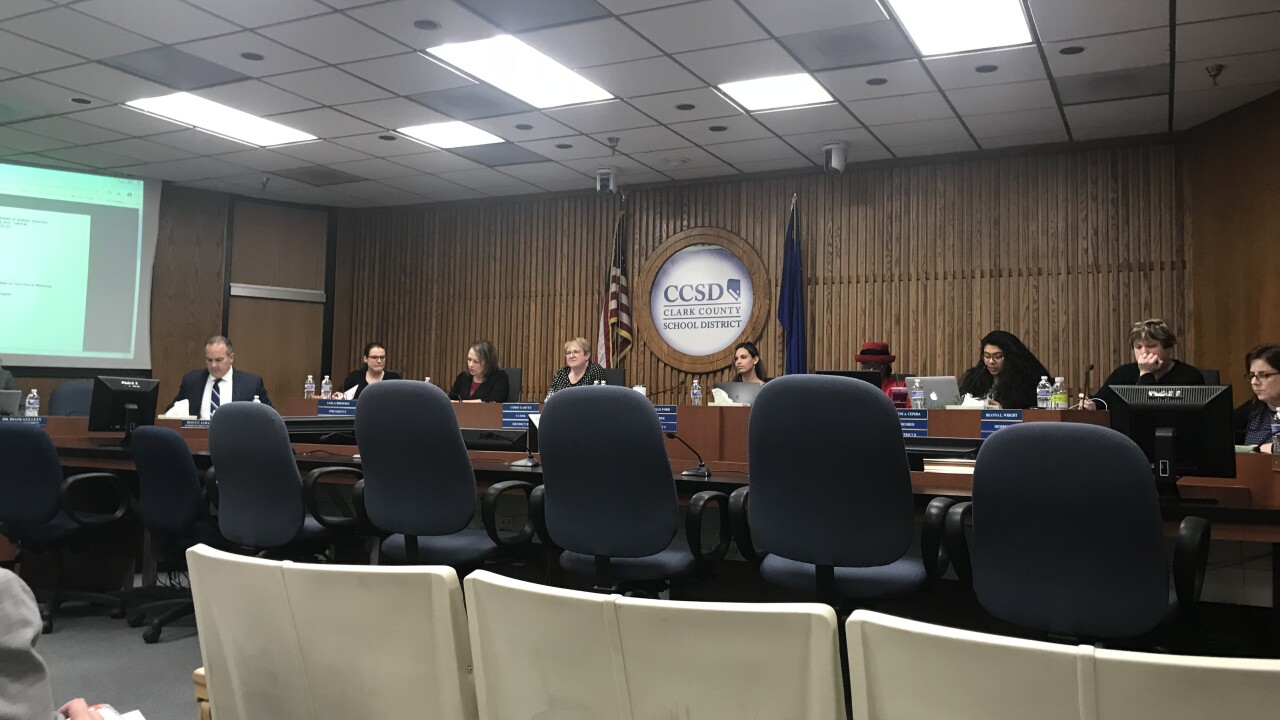 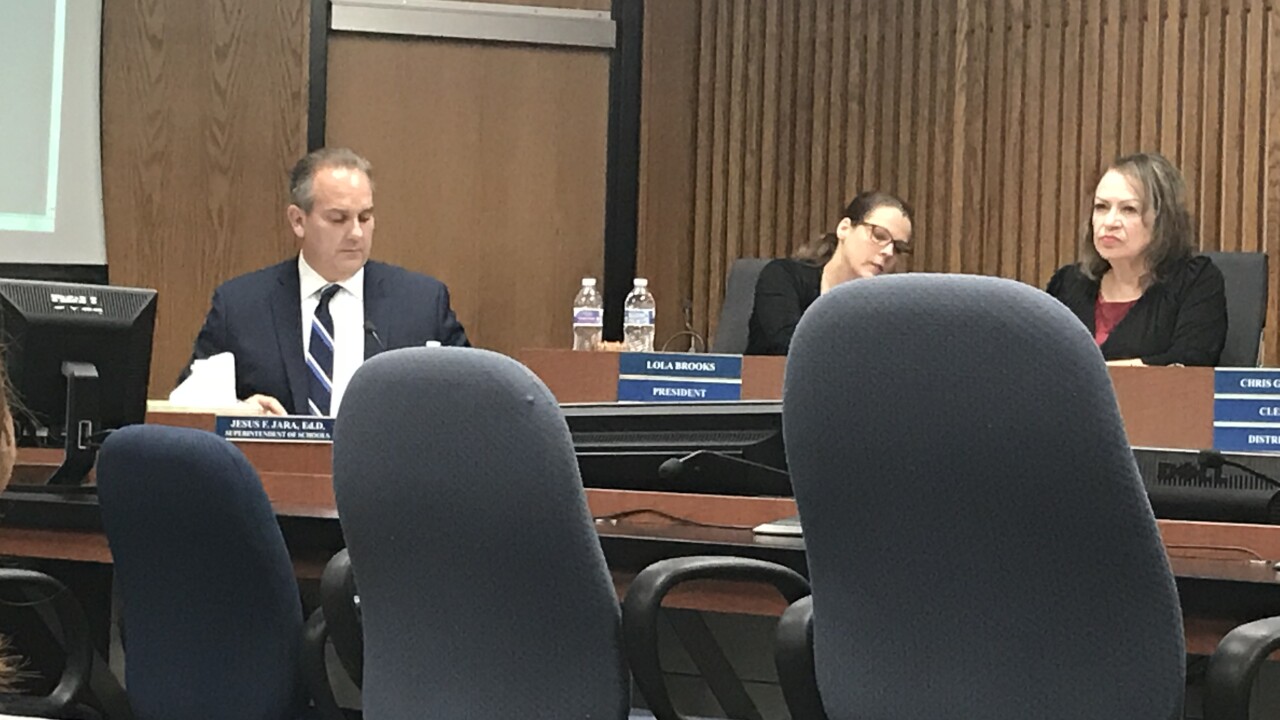 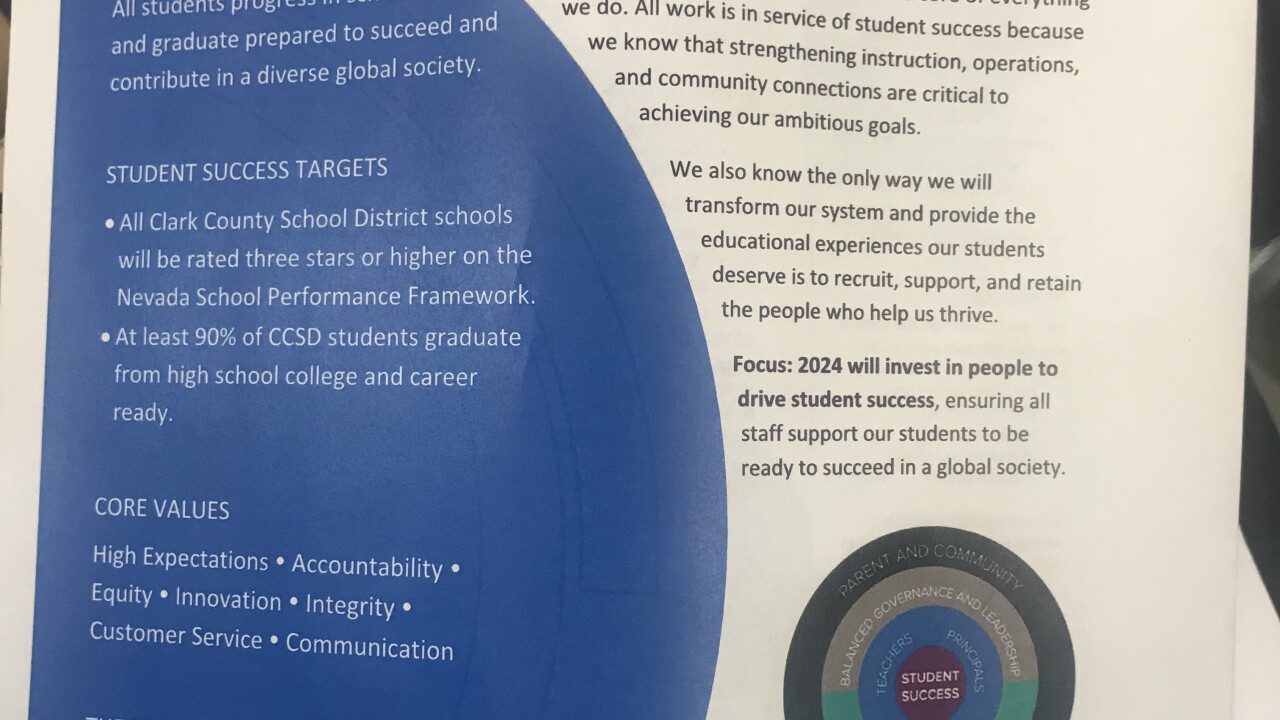 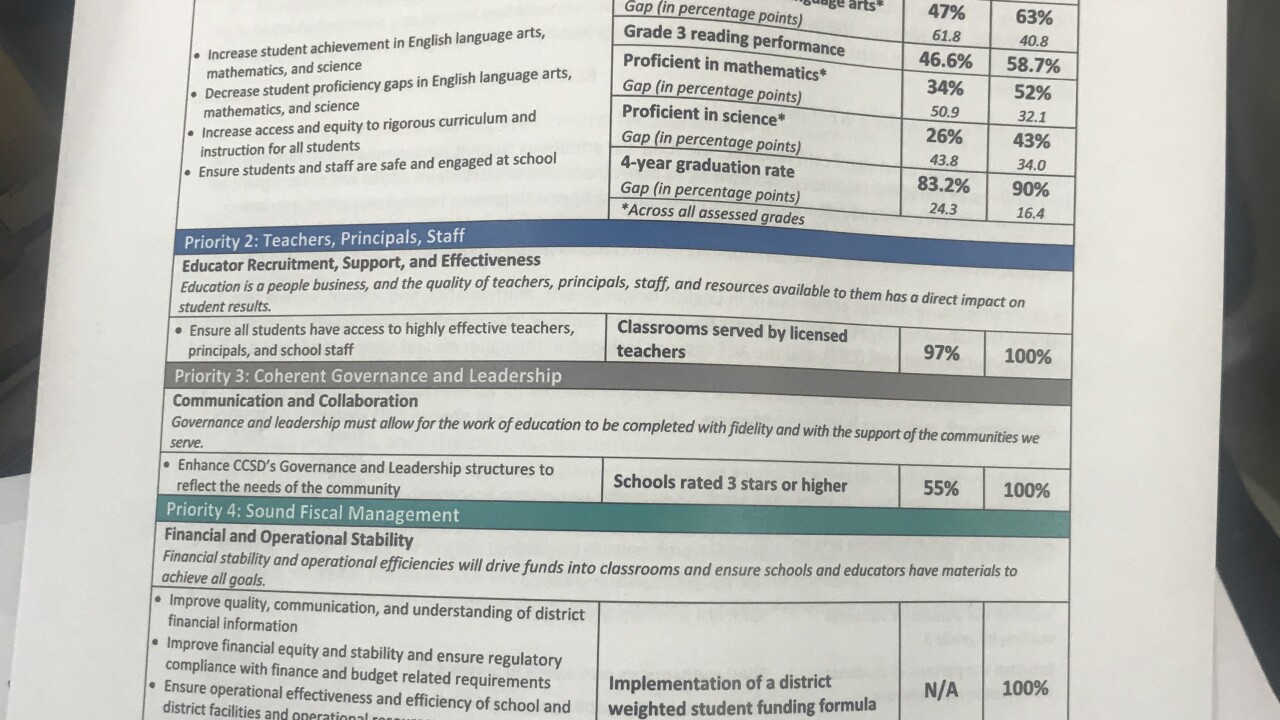 LAS VEGAS (KTNV) — A 90 percent graduation rate, licensed teachers in every classroom and every school rated three stars or higher.

Those are some of the goals the Clark County School District Board of Trustees unanimously approved Thursday night as part of the Focus: 2024 strategic plan Superintendent Jesus Jara said will make the district the most improved in the country.

"The research is clear that the teacher and the building principal are the two top indicators for students success. This plan also invests in our workforce, not only to give them the tools but also to retain them," Jara said.

Student success is the bullseye at the center of the targets for 2024. Other priorities are recruiting and retaining effective teachers and staff members, sound fiscal management, and parent and community support.

The plan lays out goals for improvement in key test scores in math, science, and English among 109 data points measuring the success of the program.

The superintendent also outlined 189 strategies throughout the five key priorities to help hit the target.

The Guinn Center comparing the plan to the previous strategic plan, which had 6 goals and only 11 data points to measure.

Those researchers praising the thorough outline but asking questions about the 69 strategies the district acknowledges will require additional funding.

"Now what we are going to this community this is where we need to go, and this is where I believe we can, but we need the resources," Jara said of the effort to raise the extra funding.

The superintendent said he is working with the Public Education Foundation to identify fundraisers to help with some of the strategies, adding the document is a work in progress as well.

“What we need to look at is then we need to reallocate our resources and start looking at it. This is a five-year plan, but then also we are going to have metrics on an annual basis,” Jara said.

Now that the school board has approved the plan, Jara plans to present it to state lawmakers in Carson City as part of the effort to secure additional funding.