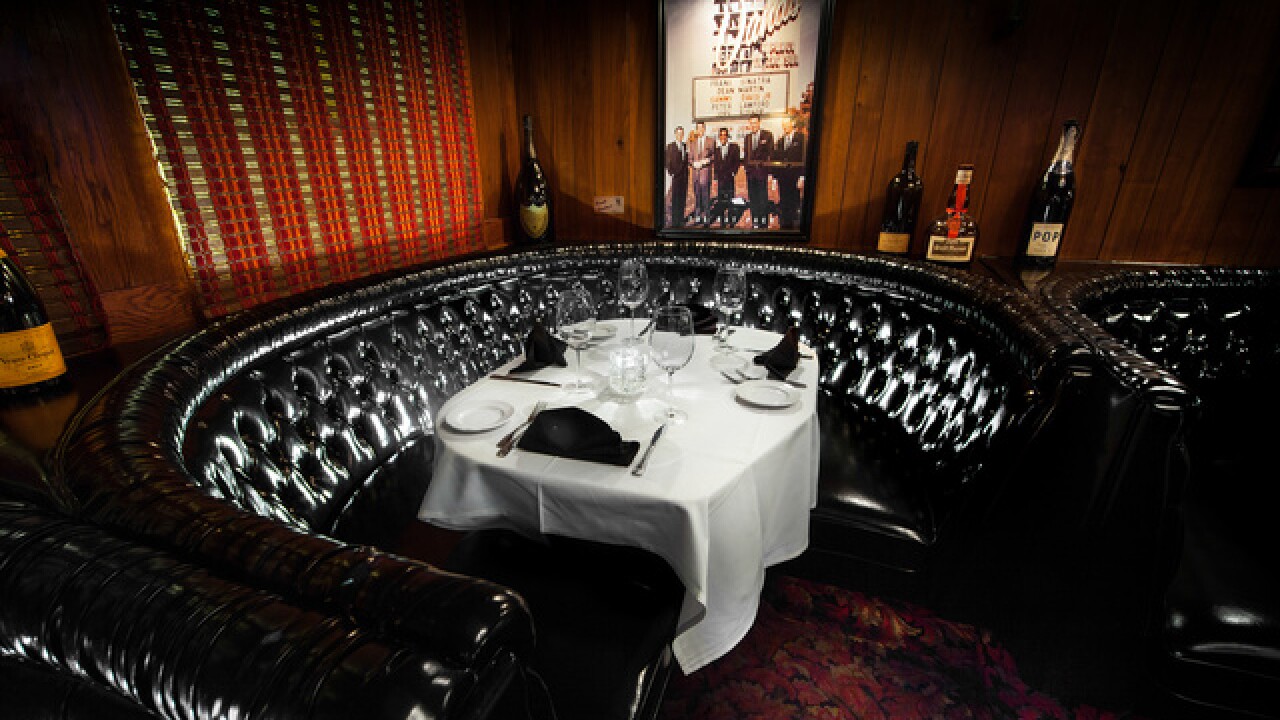 Copyright 2017 Scripps Media, Inc. All rights reserved. This material may not be published, broadcast, rewritten, or redistributed.
<p>Frank Sinatra's booth at Golden Steer in Las Vegas. Sinatra would often dine at the iconic Las Vegas restaurant with his friends.</p> 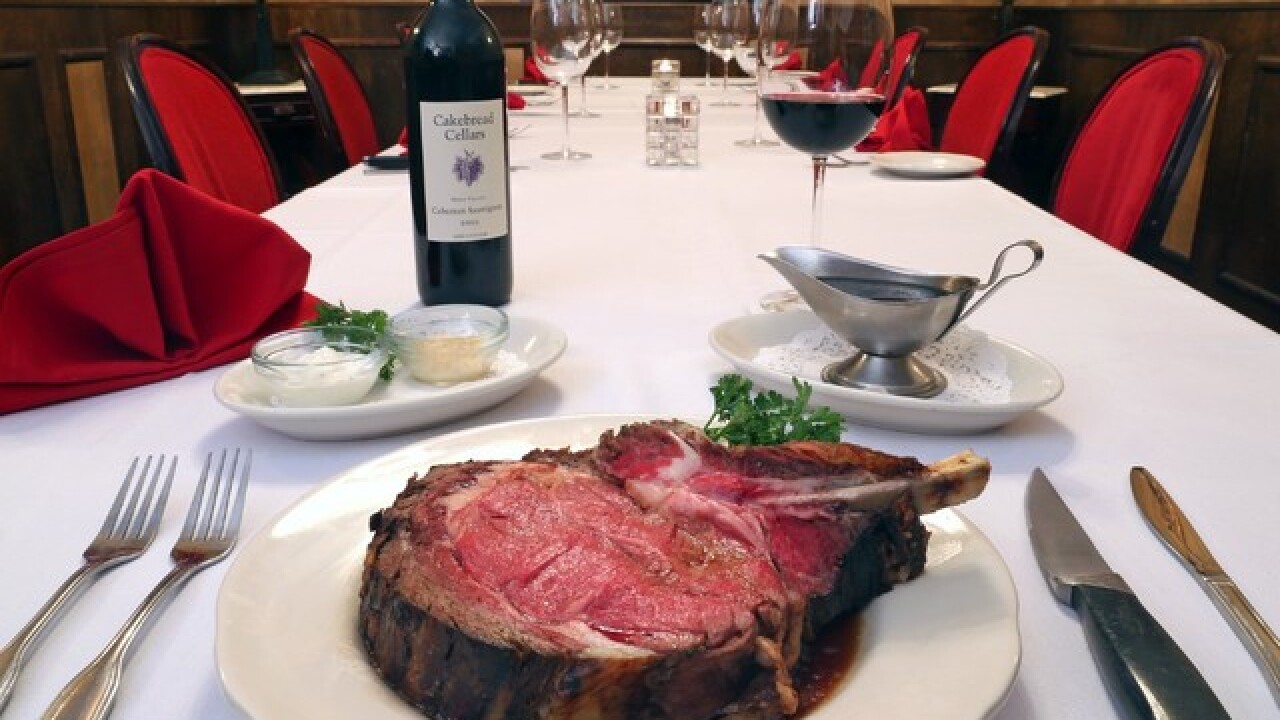 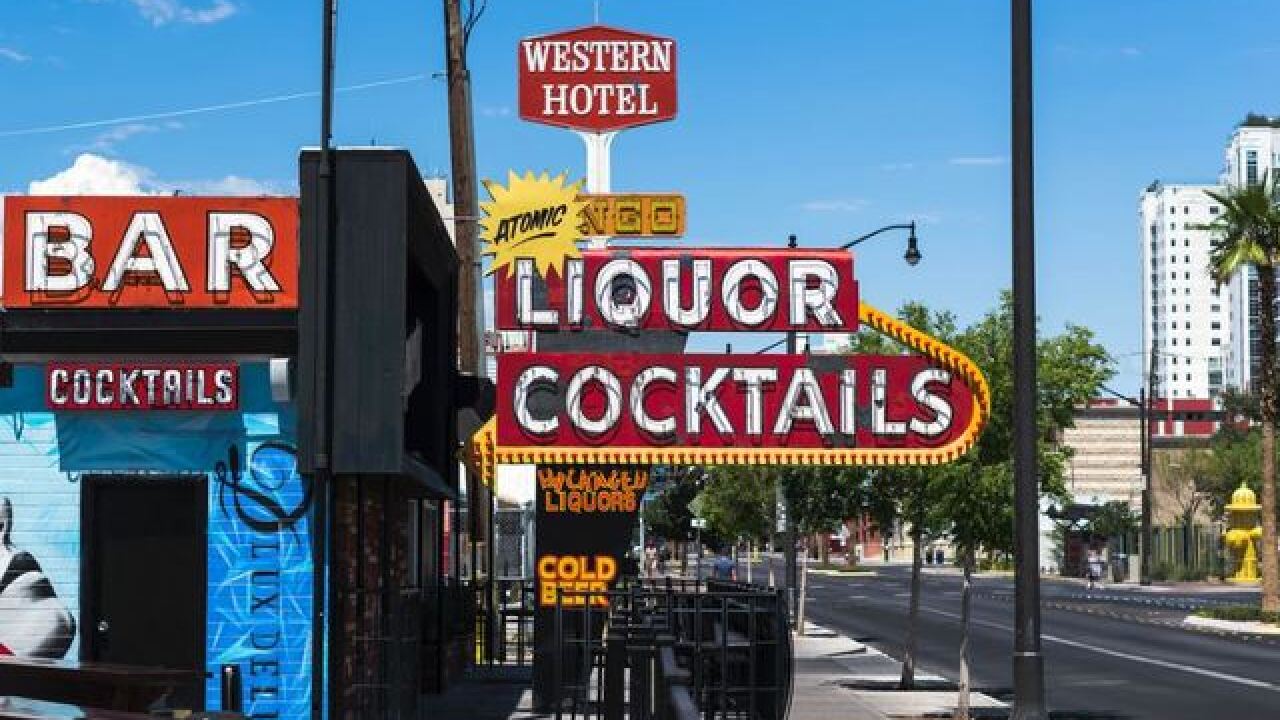 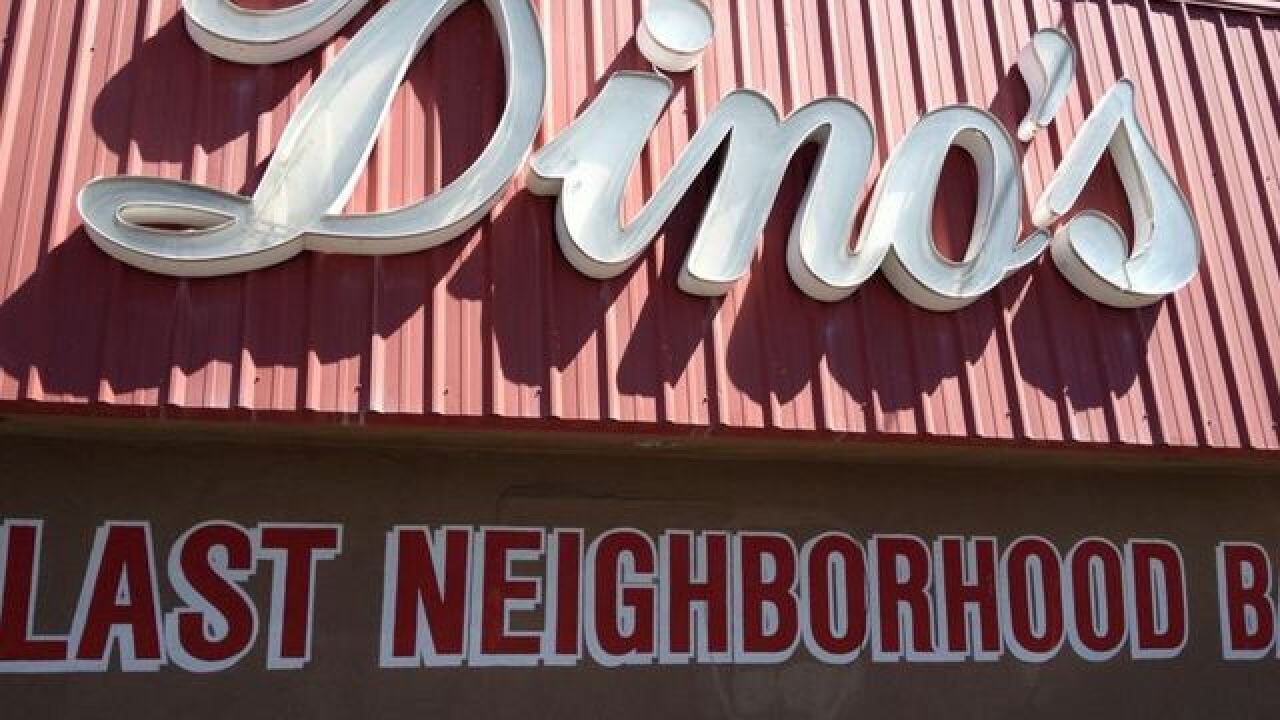 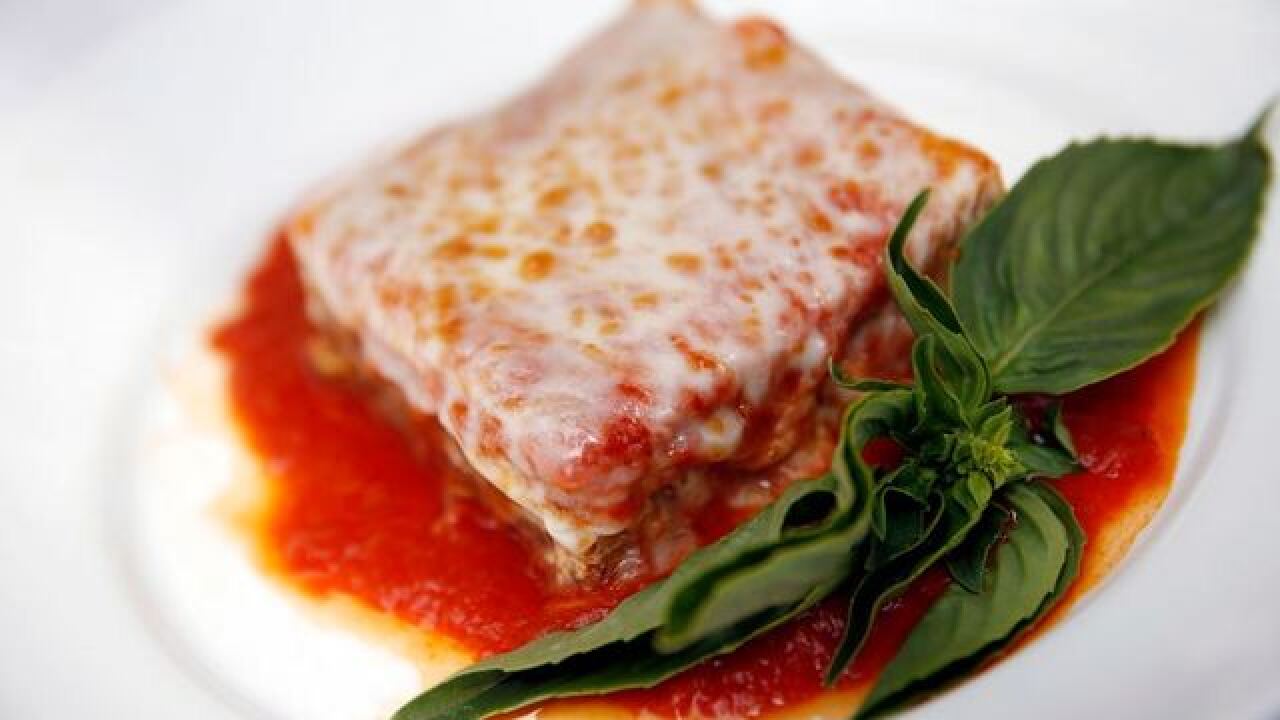 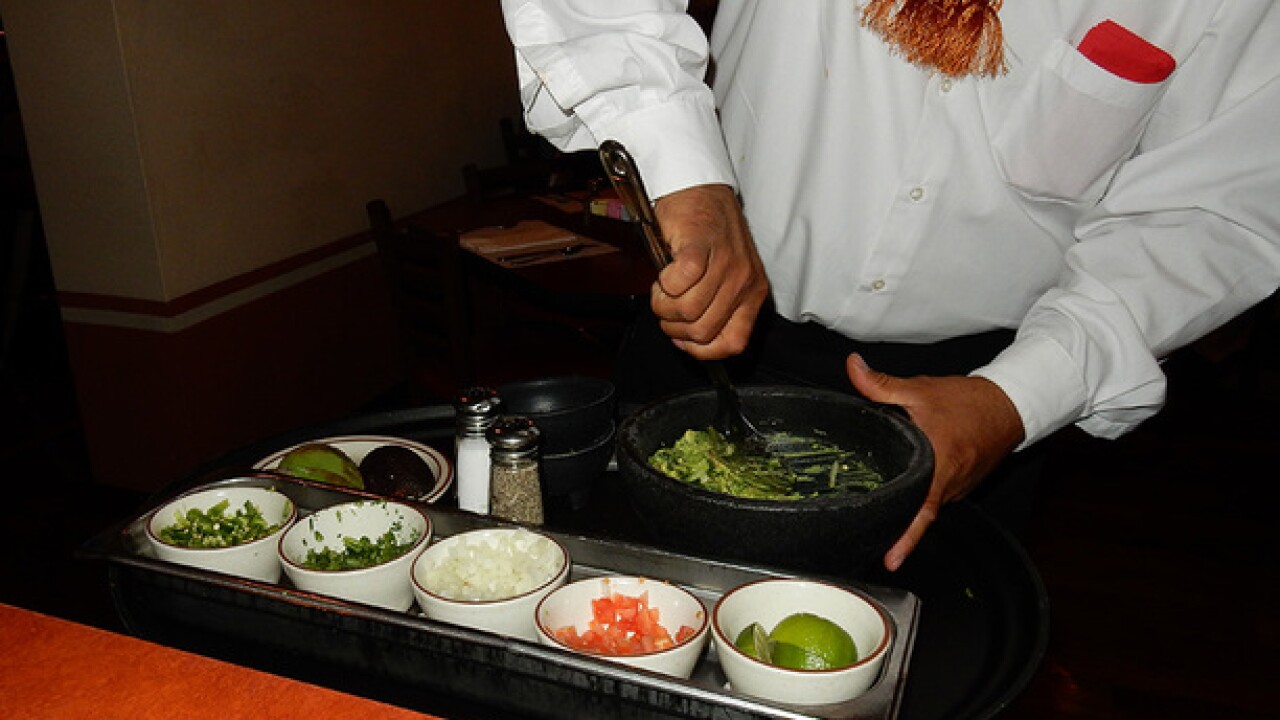 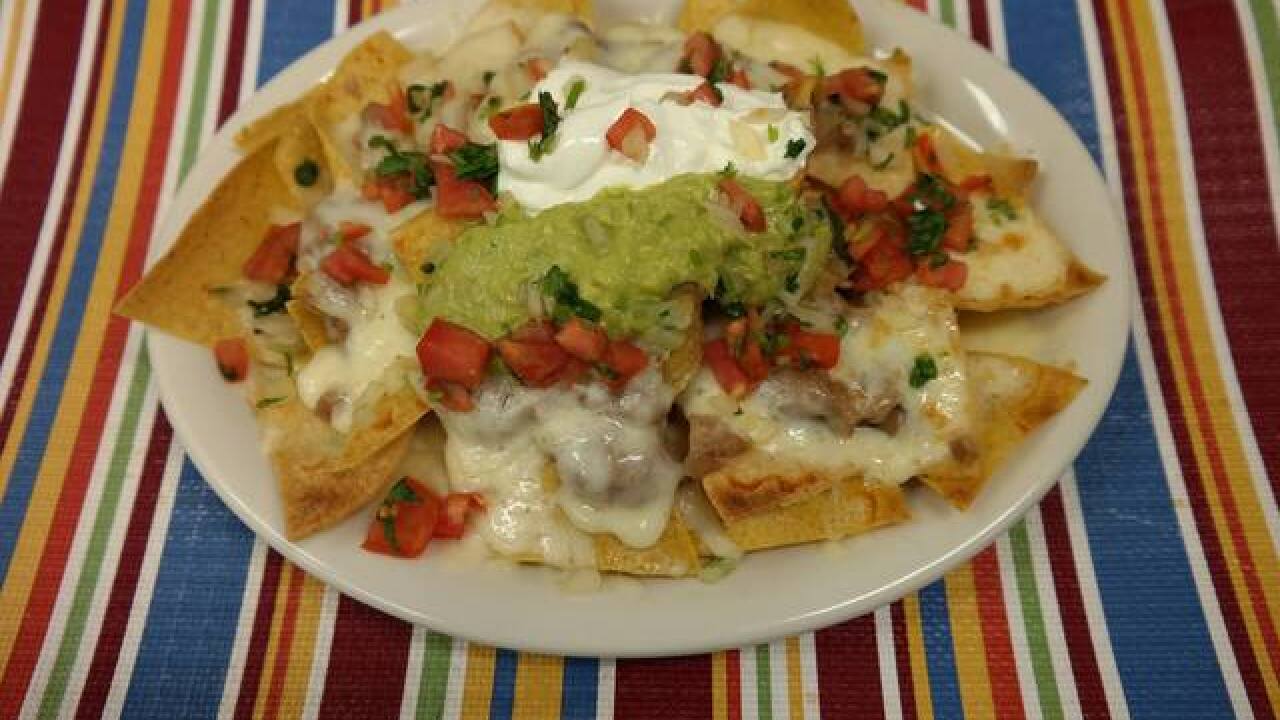 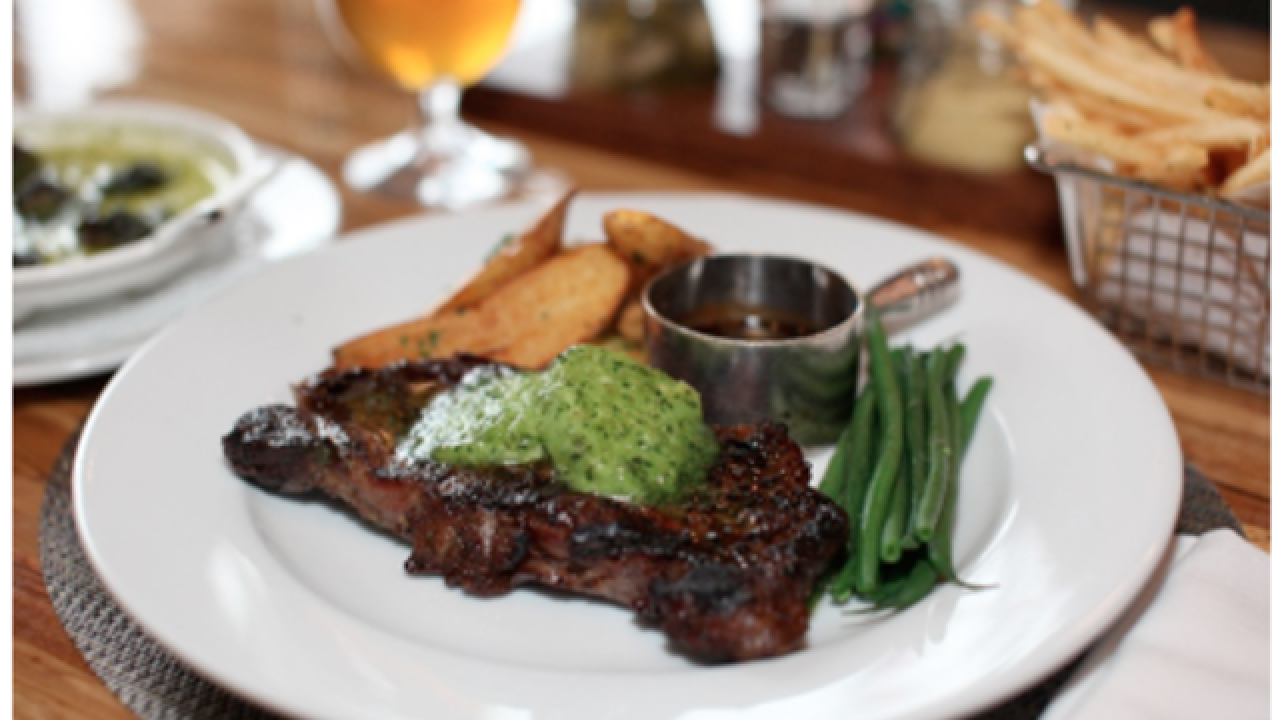 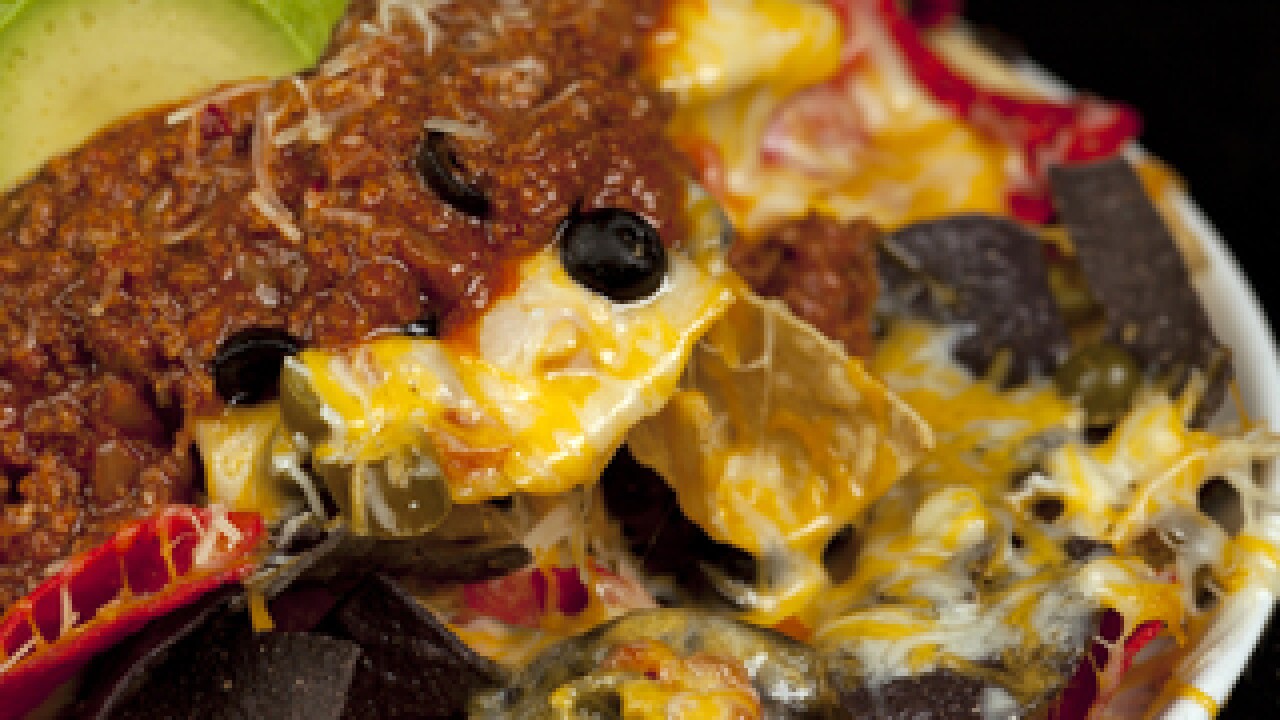 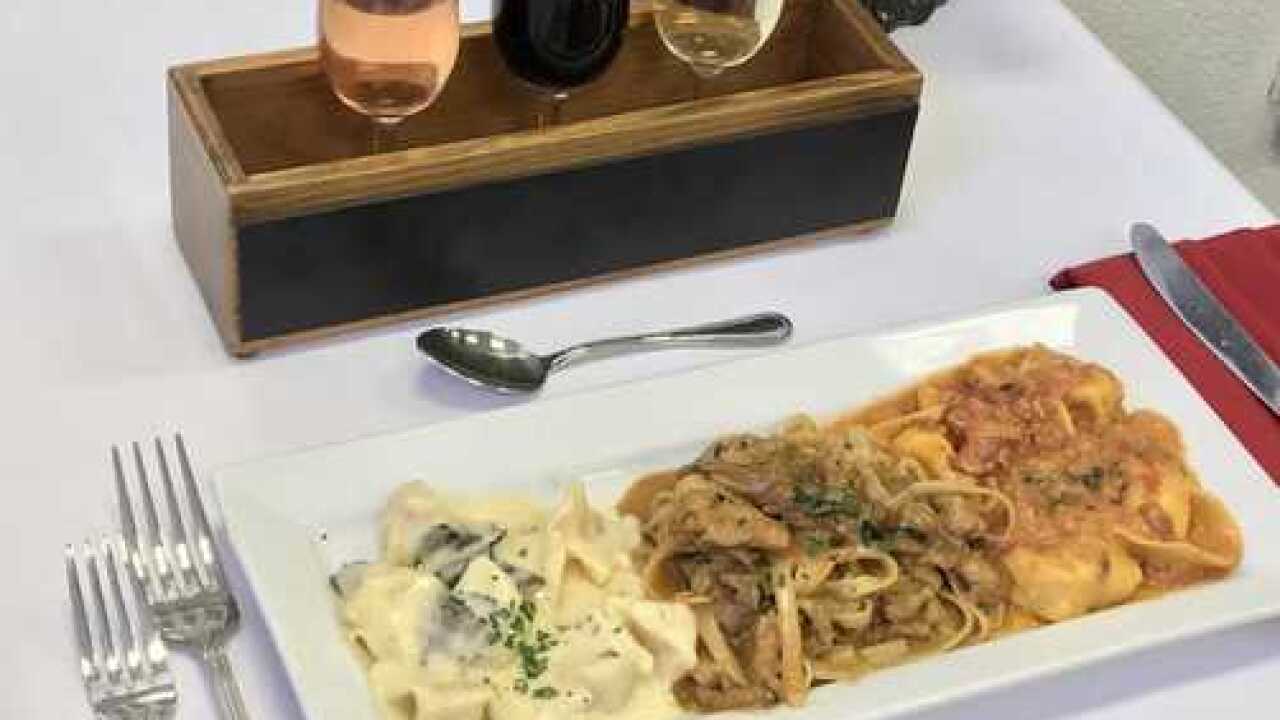 Despite some restaurants changing their service or closing completely, Las Vegas has plenty of iconic restaurants and bars in its storied history. Many have stood the test of time, still around decades after opening.

Andre's Bistro & Bar first appeared in downtown Las Vegas in 1980, now with a location near Fort Apache and Sunset roads. The cuisine is a mix of American tavern and French bistro.

Atomic Liquors is known as Las Vegas' oldest freestanding bar, opening in 1952 in downtown Las Vegas after first opening 7 years before as Virginia's Cafe. The bar has been featured in films such as "Casino" and "The Hangover," while also frequented by the Rat Pack and Barbra Streisand. In recent years, it's been known for its beer and cocktails and its kitchen next door.

Battista's Hole in the Wall opened at its location on Linq Lane in 1970, well before the street's name change. The Italian restaurant is known for being a hole in a wall along with its old-time Las Vegas memorabilia.

Bob Taylor's Original Ranch House has been around since 1955 in what was once remote northwest Las Vegas near North Rainbow Boulevard and the 215 beltway. It's known for its steaks and Western memorabilia.

The Bootlegger Italian Bistro's history dates back to 1949 when the owners first opened an Italian restaurant before opening other restaurants around Las Vegas in the following decades. In 1972, the restaurant known as "Bootlegger" opened near Tropicana and Eastern avenues before moving it near Las Vegas Boulevard and Robindale Road in 2001. The bistro's bar features images of the various Vegas icons that have sat in its booths. There's also live music.

Champagne's Cafe calls itself "legendary since 1966." The bar hosts plenty of karaoke and also has a ladies' night on Wednesdays, including $2 champagne for women. Champagne's also has a list of "Bar Rescue" cocktails, acknowledging its appearance in 2016 on the reality show.

Chapala's Mexican Restaurant, located near Tropicana Avenue and Pecos Road, has been in Las Vegas since the early 1970s. Many of the popular items include shrimp, such as tacos, ceviche, enchiladas and garlic shrimp.

Chicago Joe's opened in 1975 in downtown Las Vegas. The restaurant is known for its Sicilian food.

Dino's Lounge, which opened in 1962, is a karaoke mainstay in Las Vegas, between downtown and the Strip. If you love karaoke, this is one bar you have to check out.

Dona Maria's Restaurant has been open for about 35 years with locations near Charleston and Las Vegas boulevards and Cheyenne Avenue and Tenaya Way. They are known for their tamales, among other Mexican favorites.

Farm Basket, located near Charleston and Jones boulevards, has been around since 1977 serving chicken and turkey. Among the favorites are chicken tacos, turkey steak dinner, clucker sandwich and gobbler sandwich.

Ferraro's, located just off the Las Vegas Strip, has been around since 1985. Ferraro’s cuisine is influenced by the family’s Southern Italian heritage. The restaurant's philosophy is "eat, drink and enjoy yourself."

Golden Steer opened in 1958, just west of the Las Vegas Strip on Sahara Avenue. It started as a small restaurant with a bar and dining room before expanding in the decades that followed. The restaurant that was frequented by the Rat Pack is known for its steaks and seafood.

Hardhat Historic Lounge also opened in 1958, located near Industrial Road and Wyoming Avenue. It was originally built as standalone diner. Hardhat is known as the oldest continuously open bar in Las Vegas and has been open 24 hours a day for 60 years.

Hugo's Cellar is a casino restaurant that has stood the test of time. The restaurant opened in the Four Queens in 1976. It's known for its table-side salad, which includes a fresh vegetable, potatoes or rice, chocolate dipped strawberries, apricots and baby figs.

Hush Puppy, located near Charleston and Rainbow Boulevards, opened in 1975. The restaurant is known for its catfish, frog legs and other Southern items with its Western decor.

The Italian-American Club was established in 1960, located near Sahara and Eastern avenues. In addition to being a social club, there is also a restaurant and bar.

Kung Fu Thai & Chinese Restaurant has been a Chinatown staple since 1993 after first opening in downtown in 1973. Some of the top dishes include chopped chicken chili and mint, tom yum noodle soup, Mongolian chicken and Thai Angus beef salad.

Lindo Michoacan first opened in 1990 and now has three locations around the valley, including off West Flamingo Road and Hualapai Way, Desert Inn Road and Eastern Avenue and Carnegie Way and Horizon Ridge Parkway in Henderson. The food is inspired by the Michoacan region of Mexico.

Luv-it Frozen Custard has been around since 1973 at its location near Las Vegas and Oakey boulevards. The eatery specializes in sundae but also has shakes, cones and malts to satisfy your sweet tooth.

Macayo's is a Mexican restaurant staple in both Arizona and Nevada, first opening a Las Vegas location in 1959. While most of the locations are now in Arizona, two locations remain in Las Vegas, one near Sahara Avenue and Cimarron Road and the other Charleston Boulevard and Bruce Street, the original Las Vegas location. One of the signature items is the Toasted Cheese Tortilla, also called the TCT. They also sell a hot sauce at the restaurants and local grocery stores.

Michael's Gourmet Room is another casino restaurant that has lasted. It first opened in 1982 at the then Barbary Coast before moving to South Point hotel-casino. The high-end restaurant features red velvet chairs at its tables, which feature table-side service salads.

Nora's, located near Flamingo Road and Jones Boulevard, recently underwent a renovation into a new location but the Italian restaurant has a history. It first opened in 1991 with plenty of classic Italian dishes. Nora's also offers catering.

The Osaka location on Sahara Avenue, near Valley View Boulevard, has been around since 1969 and is known as the first Japanese restaurant in Las Vegas. The restaurant features both traditional Japanese seating and standard restaurant seating along with Hibachi and a great sushi menu.

Pamplemousse Le Restaurant, just east of the Las Vegas Strip on Sahara Avenue, opened in 1976. In addition to its French cuisine featuring such items as cold house foie gras, the restaurant also hosts weddings and banquets.

Pasta Shop Ristorante & Art Gallery has been around since 1989, first at Tropicana and Eastern avenues before moving to Horizon Ridge Parkway in Henderson. Of course, it stands out for its Italian but also for the decor.

The Peppermill Restaurant and Fireside Lounge, which opened in 1972, has made appearances in films such as "Casino" and "Showgirls" and has hosted celebrities old and new at the restaurant located on Las Vegas Boulevard, north of Desert Inn Road. Patrons love Peppermill's breakfasts and Bloody Marys and availability of being a 24-hour restaurant.

Piero's Italian Cuisine, located near the Las Vegas Convention Center, opened in 1982 and was also frequented by the Rat Pack but also politicians such as former presidents George Bush and Bill Clinton. Part of "Casino" was also shot at the restaurant.

The Steak House at Circus Circus stands out among Strip steakhouses and has been around since 1982. The restaurant is, of course, known for its steak and prime rib but also its seafood.

Top of Binion's Steakhouse in downtown Las Vegas has been through changes over the years, first called Top of the Mint. The Mint first opened in 1957. But one thing that has always stood out is the location with the restaurant being on the 24th floor with fantastic views of downtown. While there are traditional steak and seafood options, the steakhouse also features a chicken fried lobster.