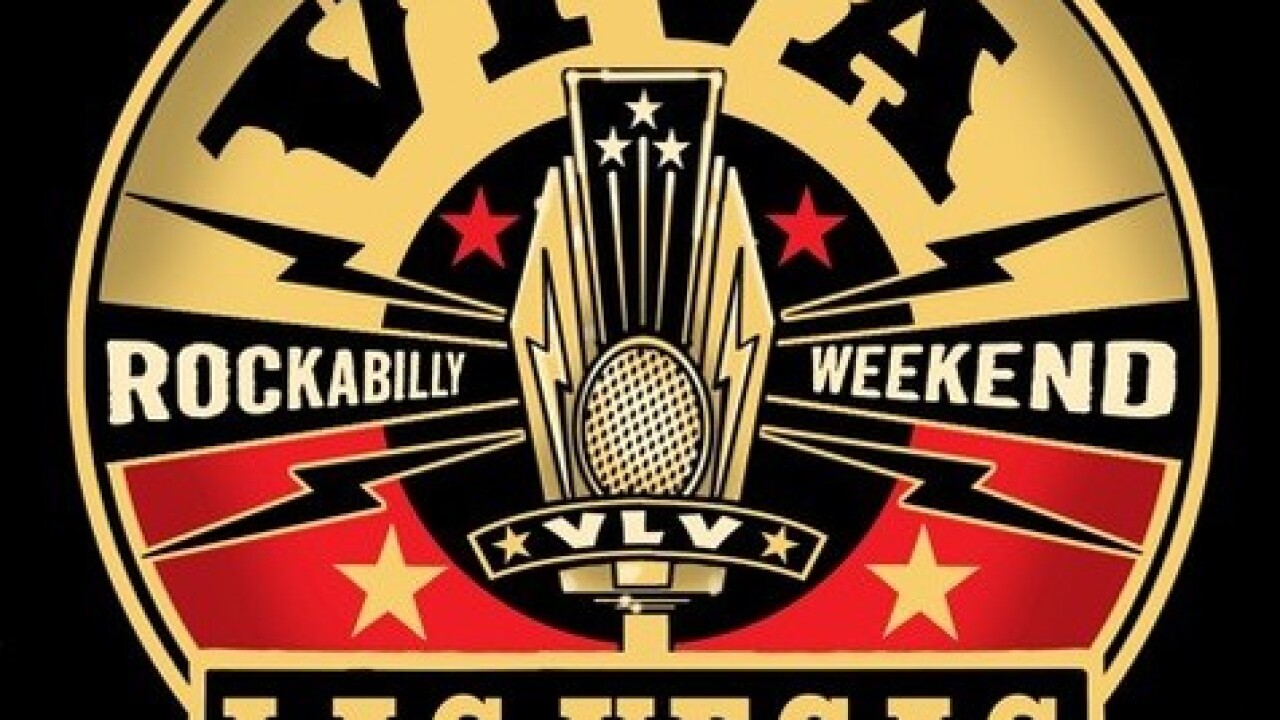 As part of the 4-day Viva Las Vegas Rockabilly Weekend and Viva Las Vegas Car Show, there will be performances on April 21 by Rock and Roll Hall of Famers, “The Killer” Jerry Lee Lewis and Duane Eddy, as well as iconic '80s Rockabilly trio, The Stray Cats, who are gracing the stage together for the first time in America in over a decade.

Cassandra Peterson (aka Elvira, Mistress of the Dark) will also be meeting fans and signing autographs on April 21. Elvira is one of the most original and outrageous characters in popular culture today. Her career has spanned thirty-five years.

The Viva Las Vegas Car Show showcases 800-1,000 classic cars, all pre-1964, as well as famous cars from the movies. There will also be the Annual Viva Las Vegas Pin-up Contest.

Original Stray Cats Founding members Brian Setzer, Lee Rocker and Slim Jim Phantom have all played Viva Las Vegas Rockabilly Weekend with their solo acts in the past. Their hits and videos include: “Runaway Boys,” “Rock This Town,” “Stray Cat Strut,” “(She’s) Sexy + 17” and “I Won’t Stand in Your Way.”

“The Killer” Jerry Lee Lewis’s hits “Whole Lotta Shakin' Goin' On” and “Great Balls of Fire” shot him to worldwide fame in the '50s. He has been described as "rock and roll’s first great wild man." Lewis has a dozen gold records in both rock and country. He won several Grammy awards, including a Lifetime Achievement Award. Lewis was inducted into the Rock and Roll Hall of Fame in 1986, and his pioneering contribution to the genre has been recognized by the Rockabilly Hall of Fame. He was also a member of the inaugural class inducted into the Memphis Music Hall of Fame.

Duane Eddy had a string of hit records in the late '50s and early '60s, including “Rebel Rouser,” “Peter Gunn,” and “Because They’re Young.” He sold over 12 million records and was inducted into the Rock and Roll Hall of Fame in 1994, and the Musicians Hall of Fame and Museum in 2008.

One-day tickets are available for this show at http://www.vivalasvegas.net/tickets/.

The Rockabilly Weekend runs April 19-22 at The Orleans Hotel and Casino, 4500 W. Tropicana. For a full schedule of events visit http://www.vivalasvegas.net/schedule-of-events.