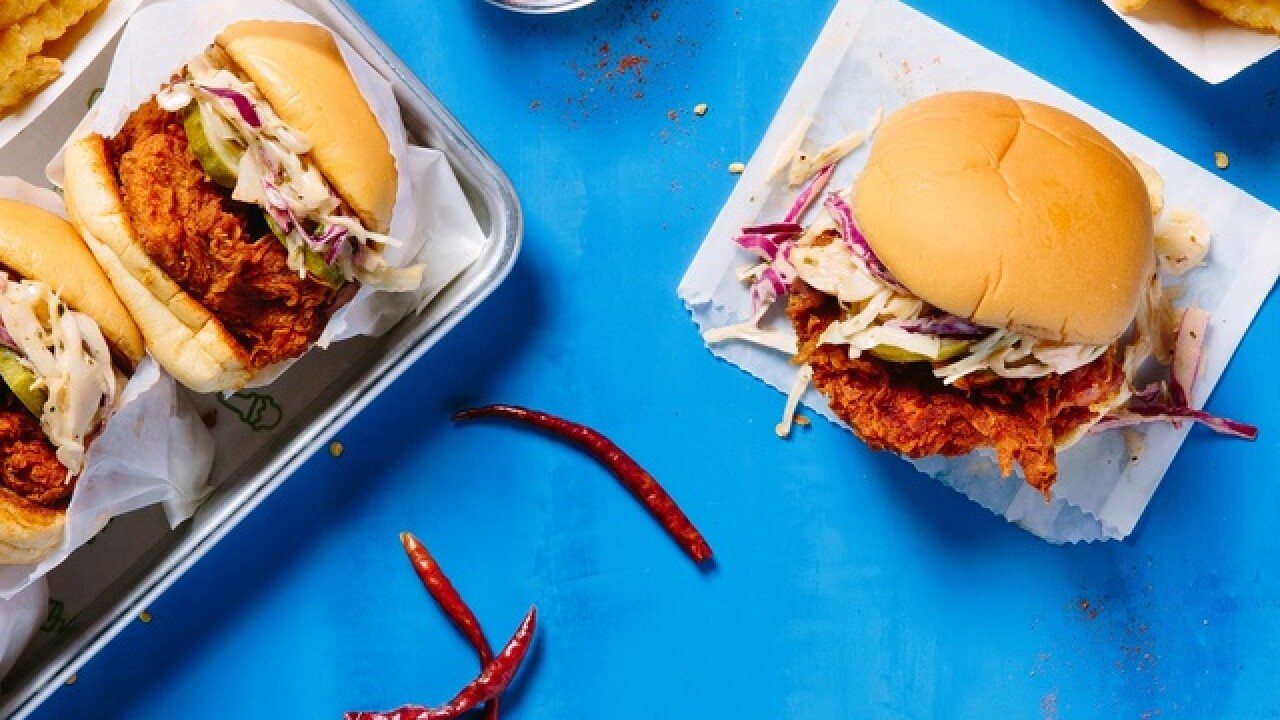 Copyright 2017 Scripps Media, Inc. All rights reserved. This material may not be published, broadcast, rewritten, or redistributed.
Christine Han

A new announcement has fans of Shake Shack very excited.

The new Hot Chick’n, a crispy chicken breast dusted with a guajillo and cayenne pepper blend and topped with slaw and pickles, lands at Shacks nationwide on August 1, 2017, for a limited time.

“We’ve been playing around with a spicy version of our Chick’n Shack for some time now,” said Shake Shack Culinary Director Mark Rosati. “And we couldn’t be more thrilled to finally share our newest creation with our Shack fans!”

Get early access via the Shack App. From July 28th through July 31st, you can order the Hot Chick’n exclusively on the Shack App.

In Southern Nevada, you will be able to find the sandwich at the following Shake Shack locations: Downtown Summerlin, NY-NY Hotel & Casino, and the recently opened Henderson location at The District at Green Valley Ranch.