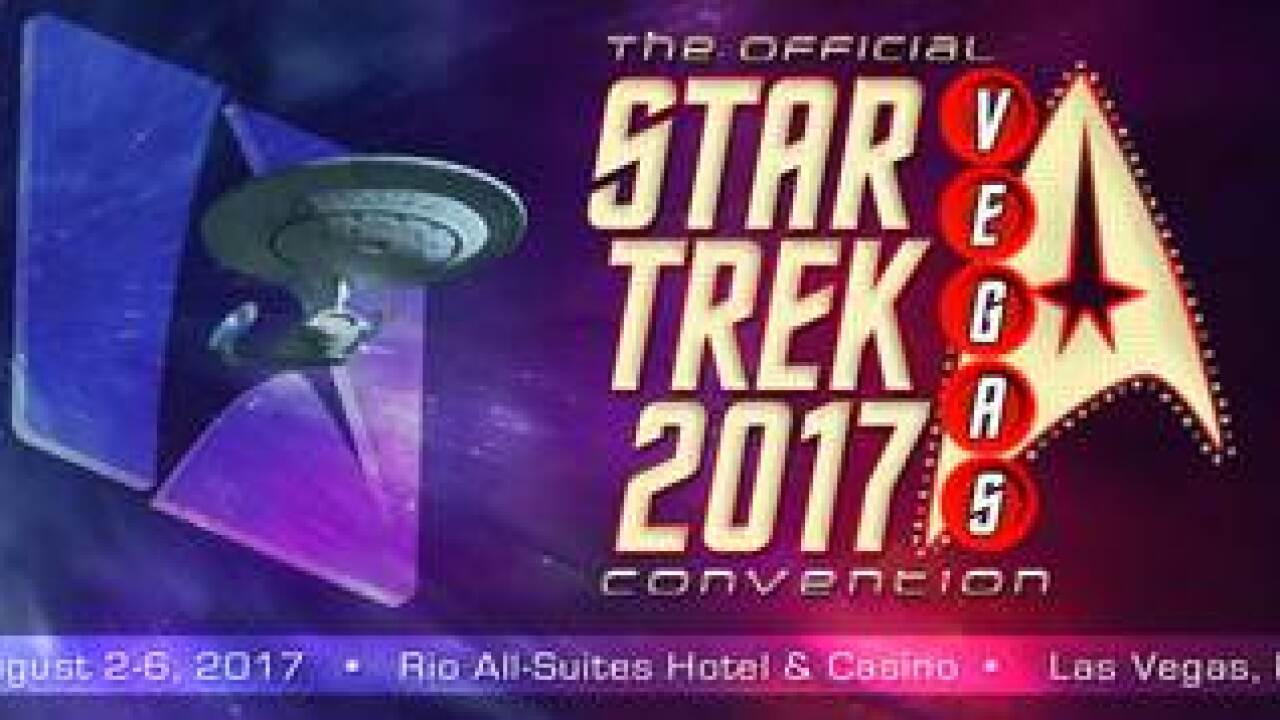 CHECK OUT THE PHOTO GALLERY

If you are near the Rio over the next few days and you see some rather different-looking people, there's a reason for that. The annual Star Trek convention is in town.

The 16th edition of the huge convention for sci-fi lovers kicked off on Wednesday and continues through Sunday at the Rio.

This year's highlights include first looks at "Star Trek Discovery," which is the latest series, and a special celebration of the 30th anniversary of the "Star Trek: The Next Generation" on Friday night.

More than 100 celebrities are attending this year's convention along with approximately 15,000 fans. "Star Trek" captains scheduled to appear include William Shatner on Saturday; Patrick Stewart on Friday and Saturday; and Kate Mulgrew on Saturday.

Other highlights include a celebration of the life of the late Leonard Nimoy; the cosplay competition/costume parade on Saturday (2,000 people are expected to participate); and the Star Trek Saturday Evening Gala Celebration.

RELATED: 11 Things We Are Most Looking Forward To At Star Trek Convention

The event is produced by Creation Entertainment and draws fans from all over the world.