13 things to be thankful for in Las Vegas 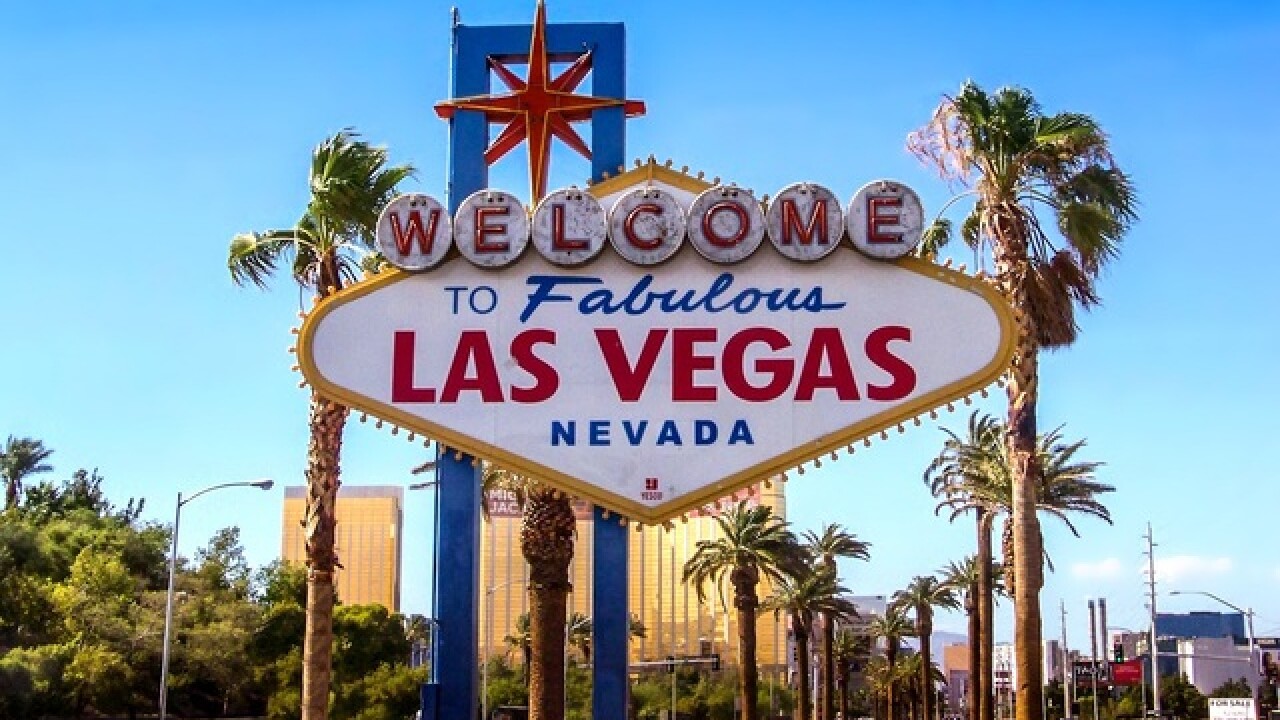 With Thanksgiving on the horizon, we wanted to highlight some of our favorite things about Las Vegas. Here they are in no particular order:

We're the most fun city in the U.S.

This one comes as no surprise. Thanks to its vibrate nightlife and party scene, along with other entertainment and recreation options, Las Vegas beat out 149 other cities to top WalletHub's list of the most fun cities in America.

Our state is great for women's equality

Nevada ranks first in "workplace environment" and "political empowerment," which helped the Silver State earn the number two spot on the list of best states for women's equality. (Hawaii topped Nevada largely because of its "education and health" rank.)

We're one of the best big cities to live in

Las Vegas ranks third in "quality of life" compared to 62 other big cities. That includes factors like average number of hours worked per week, commute time, number of parks/playgrounds, number of bars and coffee shops, etc. We were also ranked 8th overall as the best city in the U.S. to live in, according to WalletHub. Not too shabby!

Those who play video games have plenty of choices to get their fix in Sin City. We have more video game stores per capita than any other city, and we're also tied with Orlando, Florida for the most arcades per capita. Overall, Las Vegas ranks seventh on WalletHub's list of best cities for gamers.

The sheer number of attractions, restaurants, parties, and more puts Las Vegas over-the-top when it comes to celebrating the holidays. We're ranked sixth overall on the list of best cities for Valentine's Day, fourth when it comes to Halloween, and 14th for Easter celebrations.

Life is good for our seniors

Compared to 150 cities across the U.S., Las Vegas ranks tenth for the best places to retire. According to WalletHub, our city's best qualities are "affordability" (factors like taxpayer-friendliness and adjusted cost of living) and "activities" (including senior centers, golf courses, bingo halls, volunteer opportunities and more).

We take good care of our pets

Las Vegas ranks third in most veterinarians per capita, with Lexington, Kentucky and Miami, Florida taking the second and first spots respectively. Overall, we're the 10th most pet-friendly city in the U.S. thanks to factors like "pet health and wellness" and "outdoor pet-friendliness."

There are plenty of great places to eat

Technically we rank fourth in the nation for the number of restaurants per capita, but we're going to go ahead and bump our rank up to second place since New York, Miami, and Orlando are all tied for first. Las Vegas is also the 8th best foodie city in America thanks to our "diversity, accessibility, and quality" rank.

We're one of the best cities to find love

Nevada ranks eighth overall as one of the best states for singles, and first when it comes to gender balance, meaning that you'll have plenty of opportunities to find the love of your life. And once you do find that special someone, Las Vegas is considered to be the number one city in the U.S. to get married thanks to the low costs and the sheer number of attractions and activities.

Despite the buffets, we're pretty healthy

Every state has their favorite indulgence, and for Nevadans, it's the hotel buffet. However, it seems that we know when to quit, which is why we're ranked number 44 on the list of the fattest states in the U.S. (including the District of Columbia).

Thanks to the number of activities and relatively low costs, Nevada is the seventh best state in the country for road trips. Life is especially good if you're thinking about spending time outdoors, as we have the cheapest camping spots in the U.S.

Vegetarians and Vegans have plenty of options

Las Vegas is number 3 in the nation for the number of juice and smoothie bars per capita, and we're number 14 out of 100 for the best cities in America for vegans and vegetarians. That's largely thanks to the variety of restaurants in the valley that offer meat-free meals.

We are Vegas Strong

Some things are impossible to quantify. But nothing matches the strength of the Las Vegas community as people from all walks of life came to the aid of those affected by the 1 October shooting. The Victim's Fund alone raised over $11 million, and there are more fundraisers on the way to help those in need, including a concert from Imagine Dragons and the Killers. Other notable actions include an artist creating a metal sculpture for the victims, dozens of tributes left at the "Welcome to Las Vegas" sign, a Golden Knights player penning a touching article, and countless more.

We'll never forget the first responders who sacrificed so much to help others during the attack, nor the community's rally to come together in the wake of the tragedy. And we'll forever remain Vegas Strong.