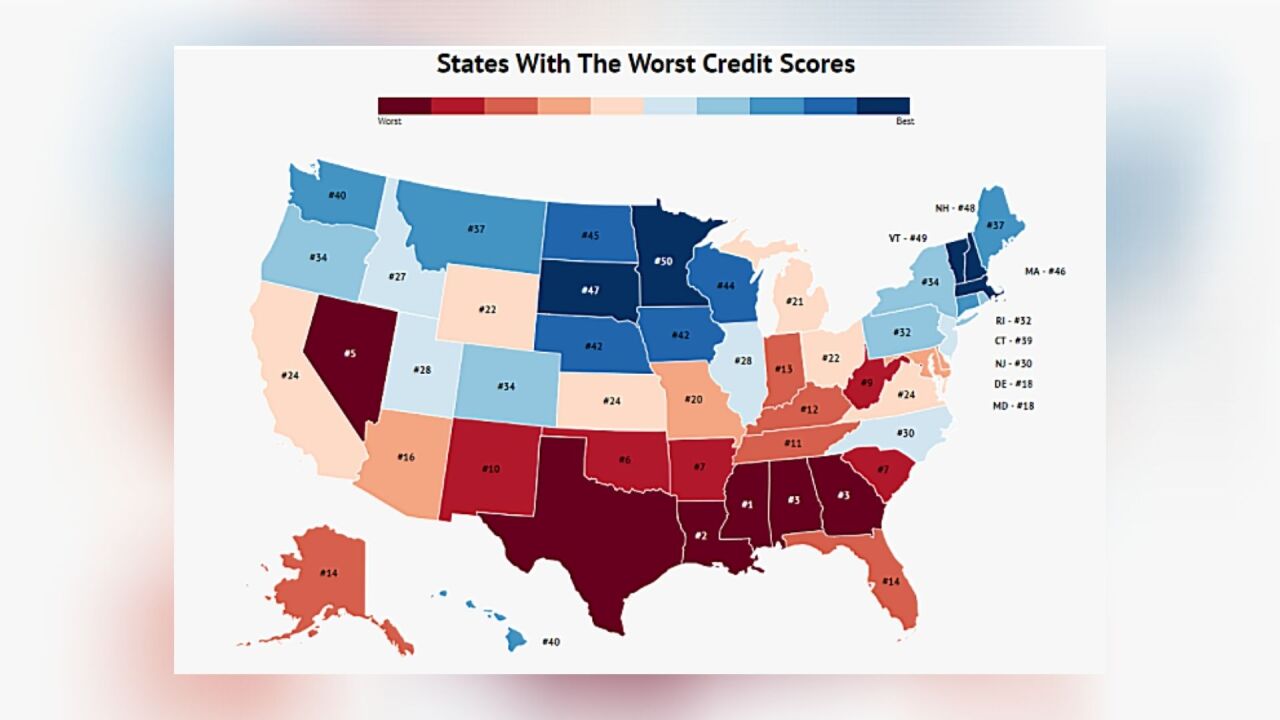 Zippia.com
Study shows how states rank with average credit scores as of August 2020.

LAS VEGAS (KTNV) — A recent study found that most Americans have decent credit scores but certain states rank a little lower overall when it comes to those numbers.

According to a study shared with 13 Action News, the average credit score in the United States is around 680 - and that figure is considered good, as stated by Experian.

However, 22 states have residents that rank below that 680 number on average, including Nevada.

Mississippi leads the way on the bottom portion of the study with residents holding an average credit score of 647, followed by Louisiana with 650, Alabama with 654 Georgia with 654, and Nevada with 655.

Residents in these states have an average credit card balance of more than $6,100, with the Silver State averaging $6,401.

The study says its findings were based on a VantageScore from Experian and that Texas was excluded from the list.

Nevada is 3rd among worst states for coronavirus-related fraud

Six Southern states were found to have some of the worst credit scores in the nation, while Minnesota led the way on the positive side with residents averaging a credit score of 709.

Vermont, New Hampshire, and South Dakota followed Minnesota on the top portion of the list, all with residents reporting an average credit score of 700 or above.

Here is a link to the full study provided by Zippia, a site that says it is a resource for job seekers with shareable data.