Prosecutor: Attack may be terror-related 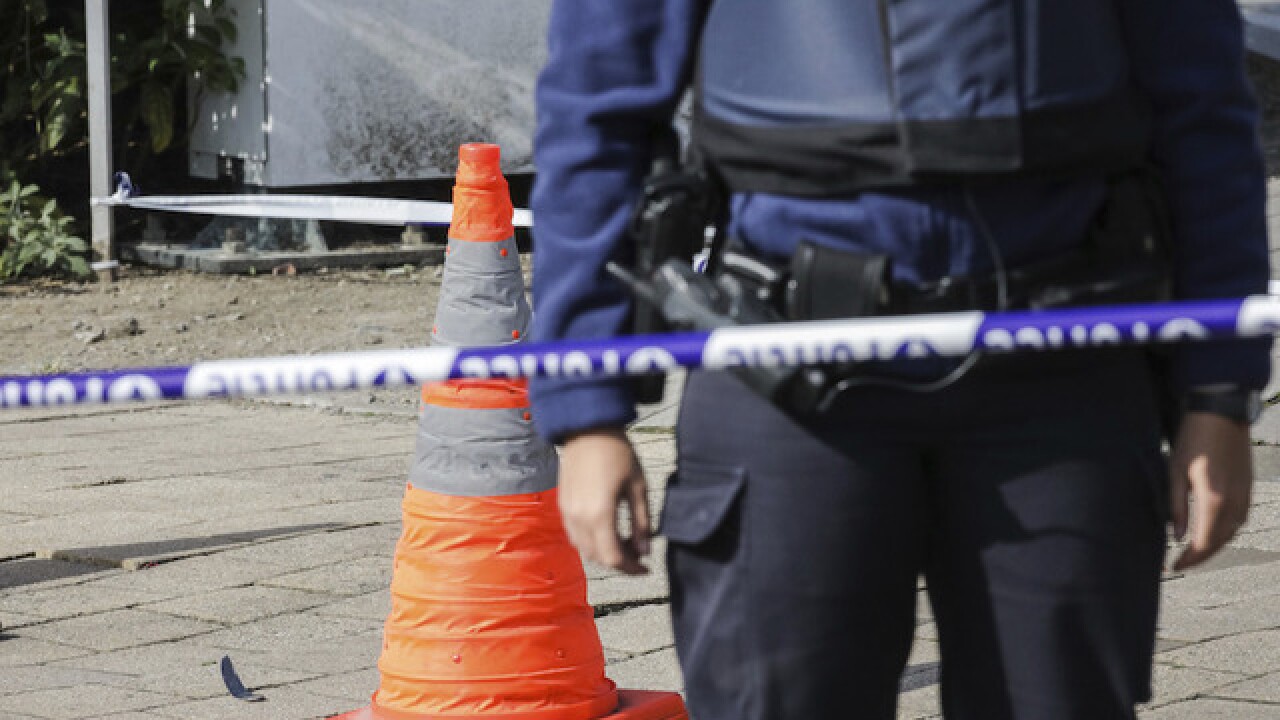 Olivier Matthys
<p>An officer stands next to evidence as police investigate the scene where an unidentified man stabbed two police officers, in the Schaerbeek neighborhood in Brussels, Wednesday, Oct. 5, 2016.</p>

BRUSSELS (AP) Belgian prosecutors say two police officers have been stabbed by a knife-wielding man in Brussels in an incident that could be terror-related.

The man stabbed one officer in the neck and the other in the abdomen in the city's Schaerbeek neighborhood on Wednesday and then fled the scene.

The assailant was stopped by a second group of police. He broke the nose of one officer, who shot the man in the leg.

Federal prosecutor's spokesman Eric Van Der Sypt said "we have reason to believe that it is terror-related."

He declined to provide details or explain why prosecutors think the attack was linked to terrorism.

Belgium has been on high alert since 32 people were killed in suicide bombing attacks on the Brussels airport and subway on March 22.