A wildfire burning at the Nevada National Security Site has burned about 1,600 acres as of Tuesday morning.

That is significantly lower than the original 5,000-acre estimate released Monday. A flyover was conducted to determine the size and status of the fire.

According to the Nevada National Security Site, the fire was started by lightning Saturday in a remote mountainous region in the northwest part of the site in Nye County, known as Area 19. There are no structures or contaminated areas where the fire is burning. The fire is burning pinion pines and juniper bushes.

Due to the terrain, Nevada National Security Site firefighters have not been able to access the fire. Aerial tankers conducted water drops on the fire Wednesday morning. Thunderstorms are expected in the afternoon and could hamper aerial efforts. 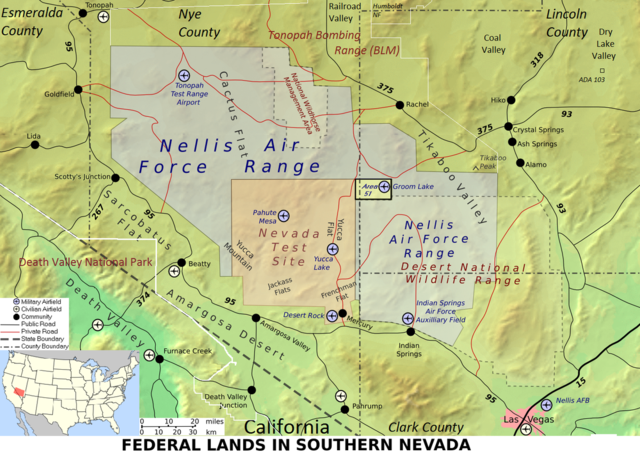 A fire burned at the Nevada National Security Site in April before snowfall helped put it out. Lightning also started a fire at the site last August.

The Nevada National Security Site was previously known as Nevada Test Site. It is located in southeastern Nye County, about 65 miles from Las Vegas. The site was established in 1951 for the testing of nuclear devices. The Area 5 Radioactive Waste Management Complex is located on the site and it is home to Yucca Mountain, which has been under consideration for a nuclear storage facility for years.