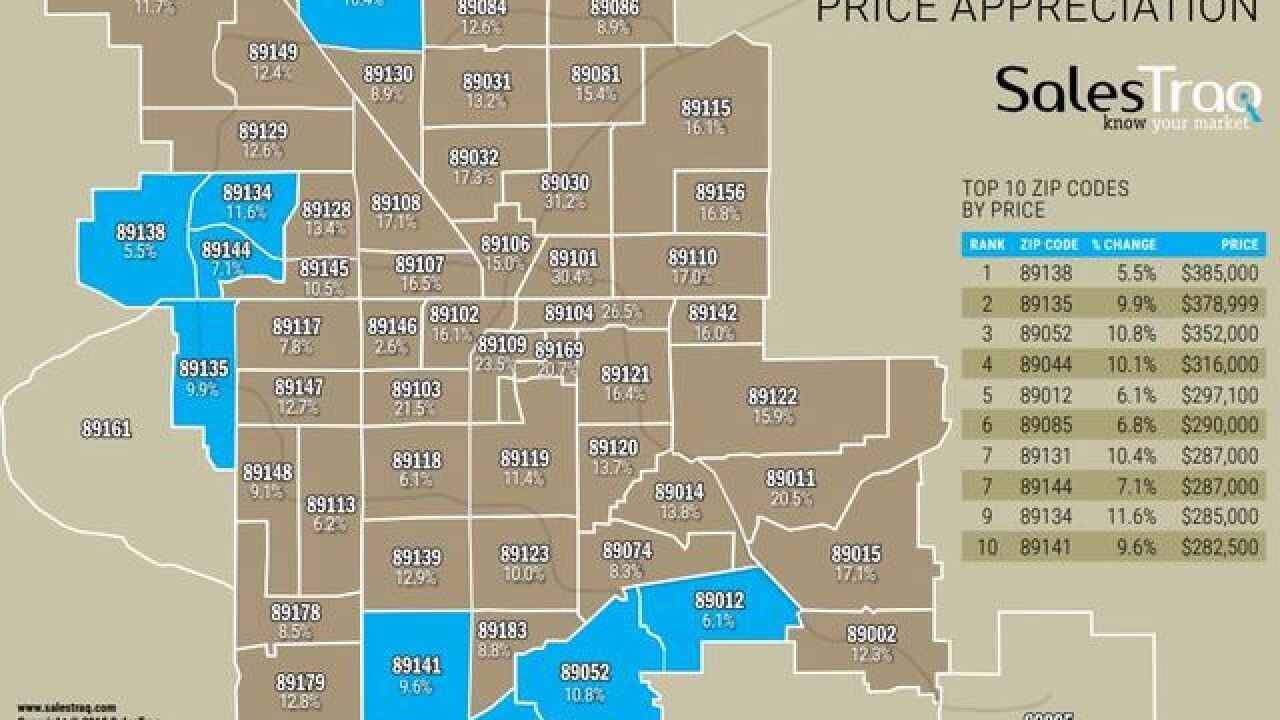 Copyright 2018 Scripps Media, Inc. All rights reserved. This material may not be published, broadcast, rewritten, or redistributed.
Sales Traq 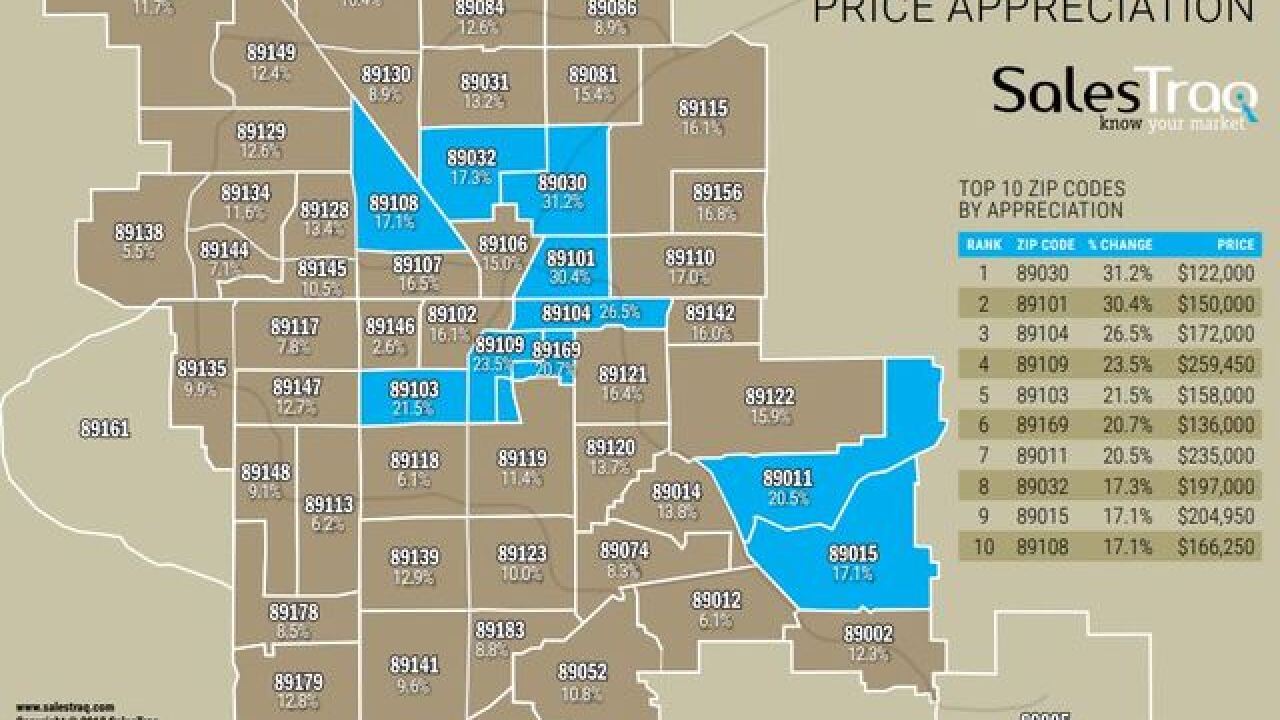 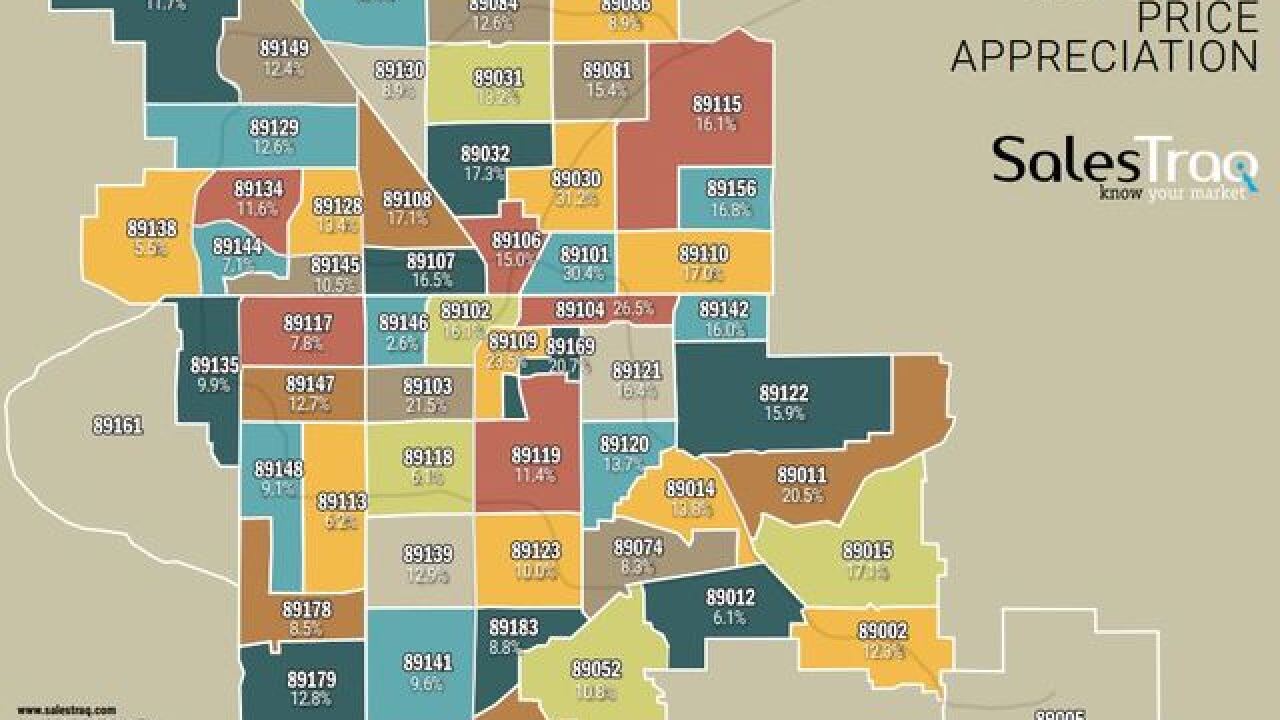 While homes have gained value around the Las Vegas valley in the past few years, there are a few zip codes that saw higher percentages of appreciation.

With the annual release of SalesTraq’s 2017 Las Vegas Price Appreciation map, every zip code within the urban Las Vegas valley posted positive price appreciation from the prior year.

In addition to a tight supply of resale homes on the market, the performance of the real estate market was boosted by an increase in population and employment.

RELATED: Expect to pay more for single-story homes in Las Vegas due to demand

RELATED: Price of buying, renting in Las Vegas going up

Different portions of the valley experience varying degrees of supply and demand. Consistent with recent years, zip codes with overall lower housing values have tended to report the higher rates of appreciation in percentage terms.

Additionally, higher-end communities have tended to post lower rates of appreciation, but they remain closer to prior peak values experienced before the last economic downturn.