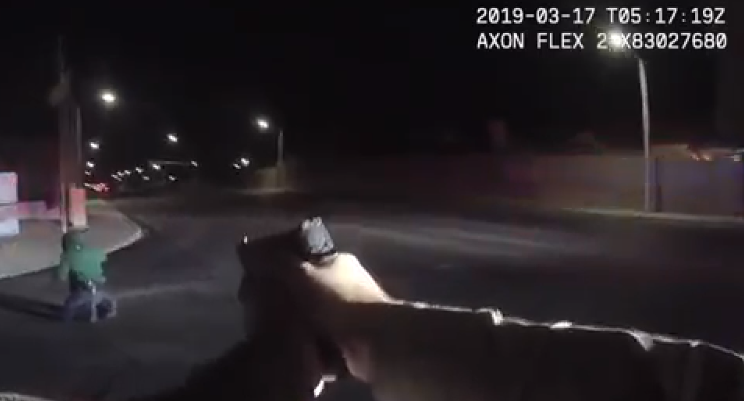 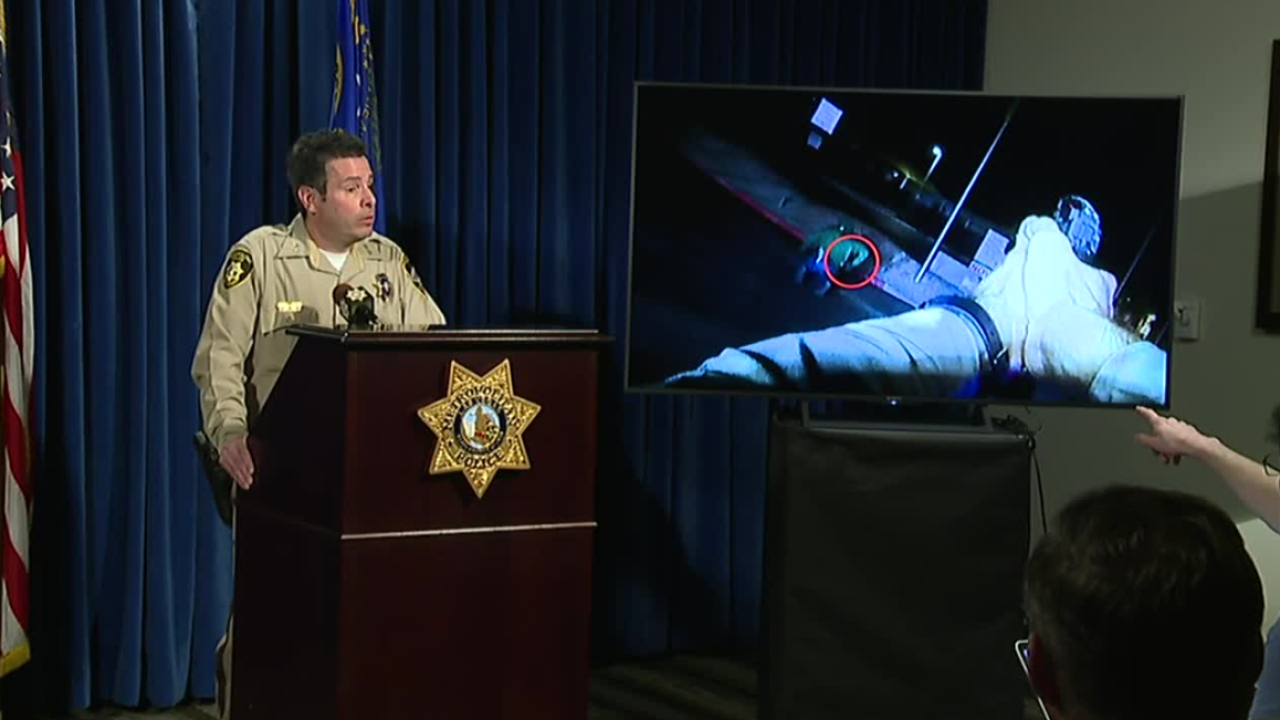 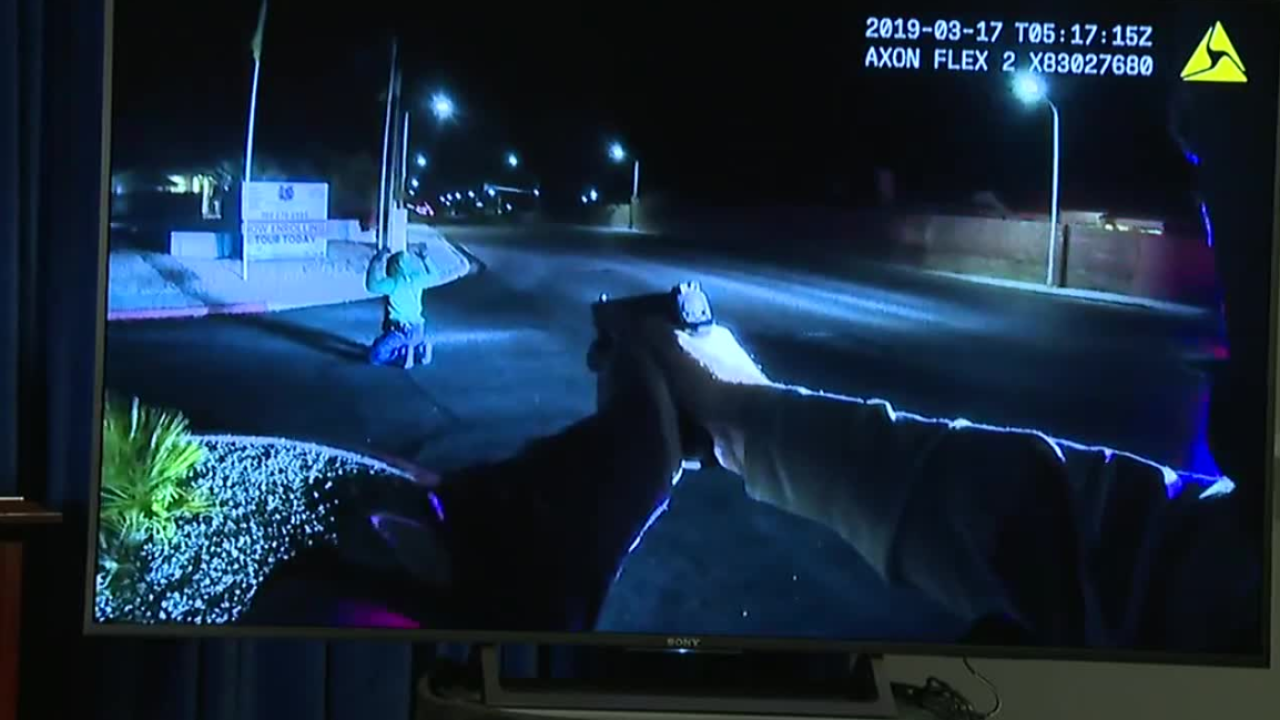 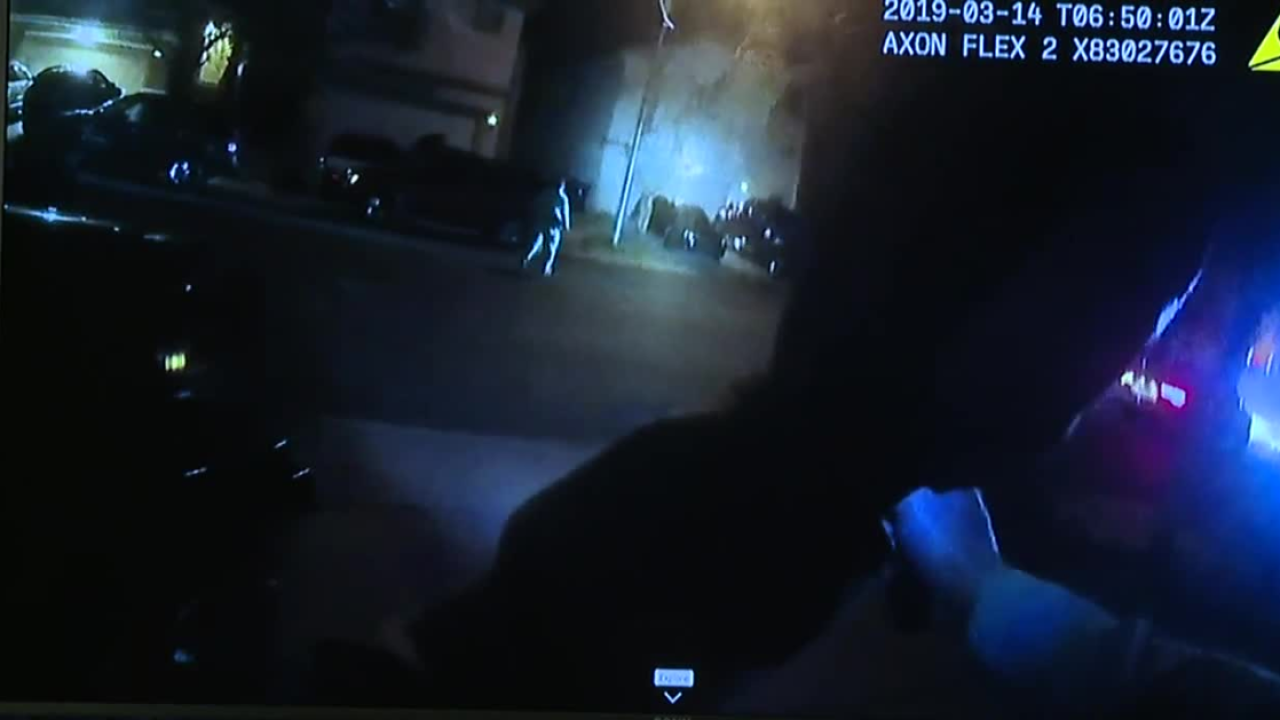 LAS VEGAS (KTNV) — Las Vegas police are sharing new details and body camera footage of two recent incidents, a police involved shooting on March 16 and a separate incident on March 13 of a suicide in police presence.

On March 16 around 9:30 p.m. officers responded to a burglary call near Eastern Avenue and Robindale. Police say 20-year-old Steven Aguirre is suspected of robbing an Auto Zone at gunpoint, then fleeing the area on foot.

Just before 10:20 p.m., police located Aguirre near Fountain Heights Lane and Robindale Road. Police say, Aguirre had a gun in a holster on his right hip and was ordered not to touch it. Aguirre was initially complying with commands, police say, but he eventually attempted to grab his gun. That's when Officer Darko Milanovic fired a single shot at Aguirre.

Aguirre was transported to the hospital where he is in stable condition.

The incident was the fifth officer involved shooting in Las Vegas of the year.

On March 13 just after 10:10 p.m. police responded to a domestic disturbance call at a home on Salt March Court near Fort Apache Road and Maule Avenue. The resident told police that her ex-boyfriend, 35-year-old Matthew Seccombe, was outside of her home, possibly with a gun, threatening to commit suicide.

Officers arrived at the scene and attempted to talk Seccombe down for about an hour, police say.

Non-lethal weapons, a 40mm launcher and police dog, were used in an attempt to get Seccombe to surrender.

Police say, an officer fired at Seccombe's leg from a non-lethal 40mm launcher and released a police dog to take him into custody. That's when Seccombe ran behind a parked car and pulled a gun from his pocket, shooting himself in the head.

Seccombe was brought to the hospital where he was in critical condition until he succumbed to his injuries on March 18.