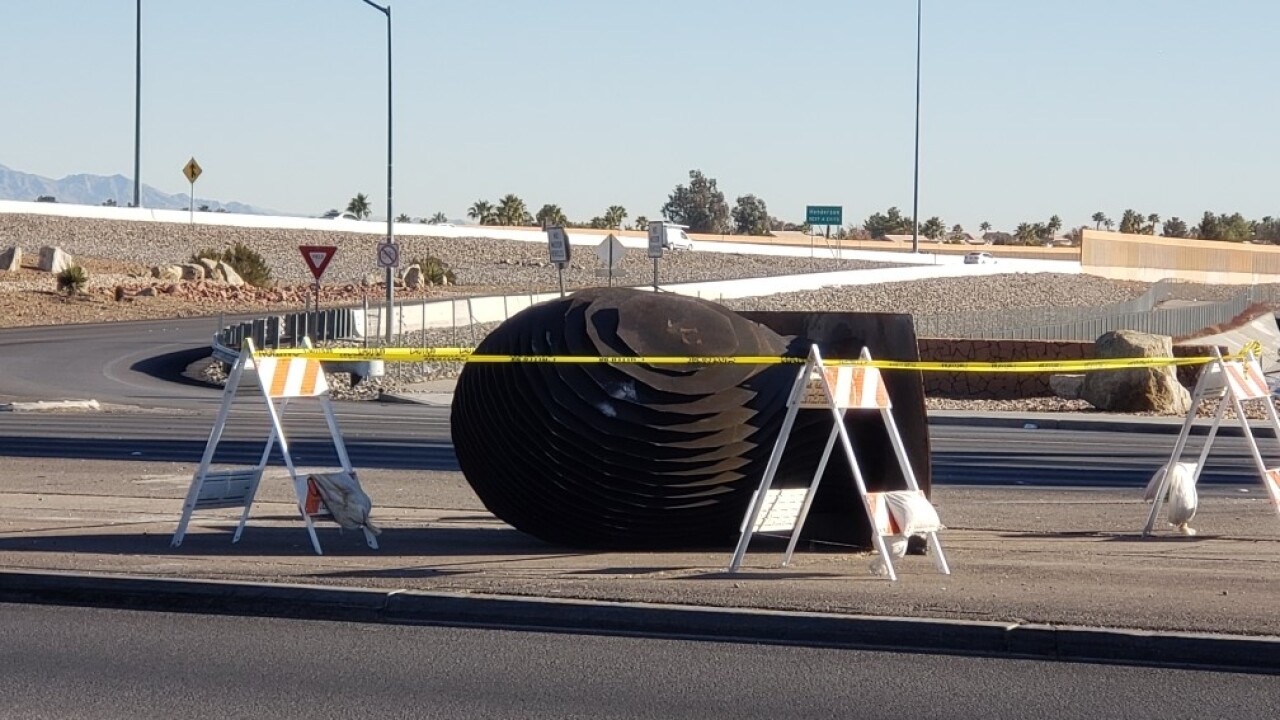 LAS VEGAS (KTNV) — UPDATE: A Jeep was exiting the 215 beltway onto Eastern Avenue when the driver veered into the center median and hit a piece of public artwork.

Nevada Highway Patrol says the Jeep continued on and struck a Chipotle restaurant. After the sculpture was hit, it rolled over and struck another vehicle.

Police say there were no injuries and the driver of the Jeep passed a field sobriety test. The driver was cited for improper turn and failure to use due car.

An SUV crashed into a 4,000 pound sculpture in southeast Las Vegas over the weekend, according to Clark County.

The county shared dashboard camera video of the crash on Eastern Avenue near the 215 beltway.

An SUV crashed into a 4,000 pound sculpture in southeast #LasVegas over the weekend, according to @ClarkCountyNV. https://t.co/doUusGX7Gw pic.twitter.com/b16oncIzEJ

Here are two photos of the aftermath of the collision between the SUV with "Norte Y Sur" along with how the sculpture looked before it got hit. It was designed by Las #Vegas artist Luis Valera-Rico.

See our previous tweet for dash cam video of the collision. pic.twitter.com/aA4SUvbxke

Area near the crash: