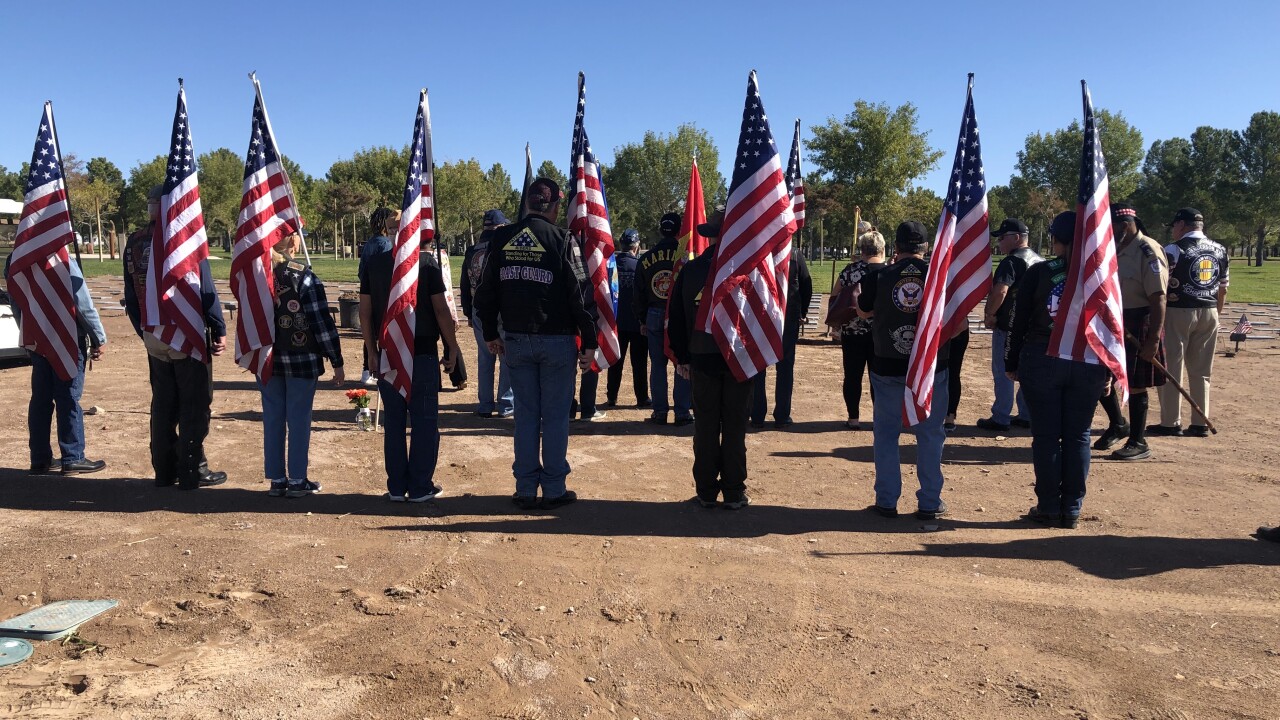 LAS VEGAS (KTNV) — When a veteran passes away, they've earned the right to a military funeral complete with everything from the playing of taps to a color guard presentation. However, for some servicemen and women, that doesn't happen.

In Southern Nevada, when a homeless person passes away and the coroner finds out they were a veteran, their remains are cremated and sent to the Southern Nevada Veterans Memorial Cemetery in Boulder City, but the formalities end at that.

"It would be a direct drop. In other words, they come from the funeral home and right straight out to the hole in the ground," said Peggy Randle, a Navy veteran.

She, along with other volunteers, work to change that.

Most Thursdays, they put on a full military funeral for any veteran who passed away and was brought to the cemetery. The main groups that host the service are the Patriot Guard Riders, the Women Veterans of Nevada and the Southern Nevada Vietnam Veterans of America. Everyone volunteers their time to hold a military funeral, complete with walking the remains out to the grave and burying the person with honor.

While these groups say they frequently ask others to join, they say not many step up.

Peggy said most weeks, only a handful of people show up. She said there are many excuses for people not attending.

"Then you get the people that say I don’t know him, why should I go, you should go because he went over there and was willing to risk his life for you, that’s why you should go," said the Navy veteran.

Despite the lack of attendance, the volunteers all say they will continue to hold these services to honor the veterans who devoted their lives to our country.