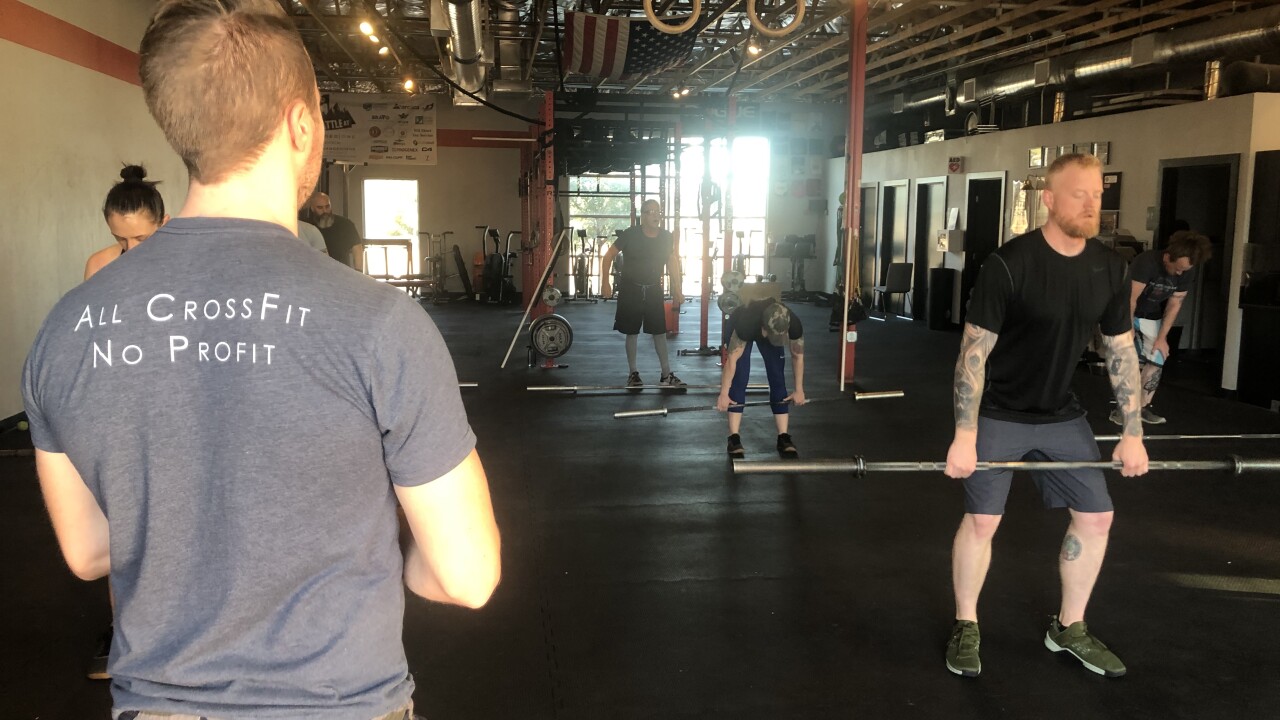 LAS VEGAS (KTNV) — It started as a gathering in his garage, but Nick McCombs has grown Branded One Crossfit into a facility that feels like home.

Anyone can come work out at his nonprofit, but he offers free memberships to veterans and first responders with any level of disability.

"They really need a new community to join and that’s what I think is lacking when they get out of the military, they kind of feel lost and I wanted to give them a place they could come to and count on," said McCombs.

He said he's seen people come in barely able to walk, then within a few months they're running laps around the facility. The benefit of his group is the community it brings, because most people who train there have similar backgrounds and understand the desire to heal.

"Just like basic training, you’re all sitting there and all enjoying the suck together," said Rory Trunkill, an Army veteran.

Jimmy Hardy, also an Army veteran, lost his leg in a motorcycle crash in 2012. He said he was stuck in a wheelchair for the eight months following the crash, but is now lifting heavy weights on his prosthetic leg.

"To see the enthusiasm and the excitement on their face when they lift that weight and realize I can do this, it’s really cool