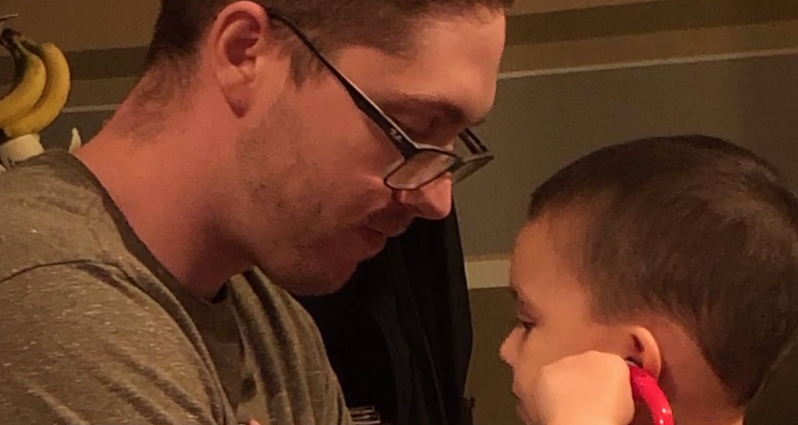 LAS VEGAS (KTNV) — A local security guard jumped into action to save a choking baby while he was on duty at Topgolf.

"All of a sudden we get a call on the radio, 'hey call 911,'" said Buck Smith, security guard at Topgolf in Las Vegas.

It was a hot summer night and Smith was making his usual rounds as a security guard.

"It was a confusing, puzzling situation. What do you mean call 911? What's the situation, what's going on?" he said.

The situation was serious - an infant choking - as Smith sprang into action, running to the bay and calling 911.

It was a hectic scene, but Smith knew what to do.

"I walked over and asked the mother if I could have her baby. I'm first aid, and CPR certified. I grabbed the baby, flipped her over and patted her on the back until she started screaming," Smith said.

Screaming - a welcome sign of a clear airway. Smith then handed the baby back to mom and asked if there was anything else he could do.

"She was so shocked - I'm sure she was thankful because I know as a parent I would be in gratitude like anybody else, but it was one of those situations where they were like, 'what just happened,'" Smith said.

In an instant - a young life saved, a crisis averted. And for Smith, it was time for his break.

"It was a surreal moment, so I don't think I ate lunch that day. I just kind of went outside, called the wife and let her know the situation and after lunch, returned to work," he said.

At home, Smith had a baby around the same age. His training in both first aid and CPR helped. But he also had experience.

"I know there have been times when my wife has been like, 'he's choking.' I'm like, 'he's fine, just give it a second - he'll either cough it up or swallow it.' But one time he was coughing, and I did the same thing. And then instantly he was breathing again too," Smith said.

It's training Smith believes all parents should have, so they too can remain calm in a life-threatening situation.

He believes what he did last summer was unremarkable, that he was doing his job.

But 13 Action News thinks otherwise as we believe he embodies what it means to be Vegas Strong.

That's why he is recognized as the station's first Vegas Stronger Champion!