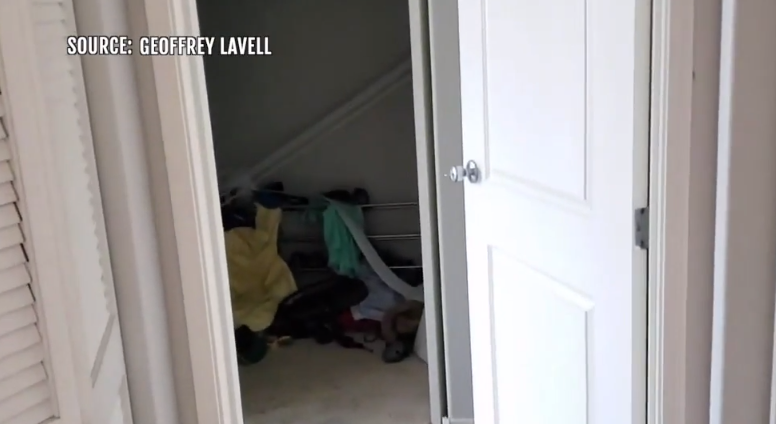 Vegas-area landlord shows what a tenant is doing to property amid the eviction moratorium.

LAS VEGAS (KTNV) — The COVID-19 pandemic has put hundreds of tenants at risk of facing eviction, but also some landlords are at risk of losing their properties.

While most tenants try to leave a property in good shape, some have left without a trace - taking advantage of the eviction moratorium and leaving a path of destruction and despair for owners.

Geoffrey Lavell, a real estate broker and property manager, said this is a situation he's currently facing in one of the properties his company manages.

Because of the eviction moratorium put in place in Nevada, Lavell says he was just able to access the property a few days ago.

"We've several complaints from the homeowners association, but we were prohibited legally to go into the property," Lavell said.

While he expected some wear and tear at the property, he said he never thought he would find massive damage that will now take thousands of dollars to fix.

"Higher-end appliances were all destroyed and purposely vandalized. Hatchet marks were also found on every wall; the carpet was cut out. The windows and mirrors in both bathrooms were broken; the cabinetry in the master bedroom was destroyed," Lavell said.

He says he even found dog urine in the living room and dog feces on the carpet in one of the rooms on the property.

Lavell said the team was working with the tenant, but then that person disappeared with him now filing a police report against the occupant.

"Not having rent for six months is already hard for the homeowner, but having to pay $18,000 or so in repairs is devastating. It ruins them financially, and now I fear the only chance the owner has is to sell the property," Lavell said.

He says he wishes the outcome would have been different with working something out and hopes others facing a similar situation has a better end for both parties.