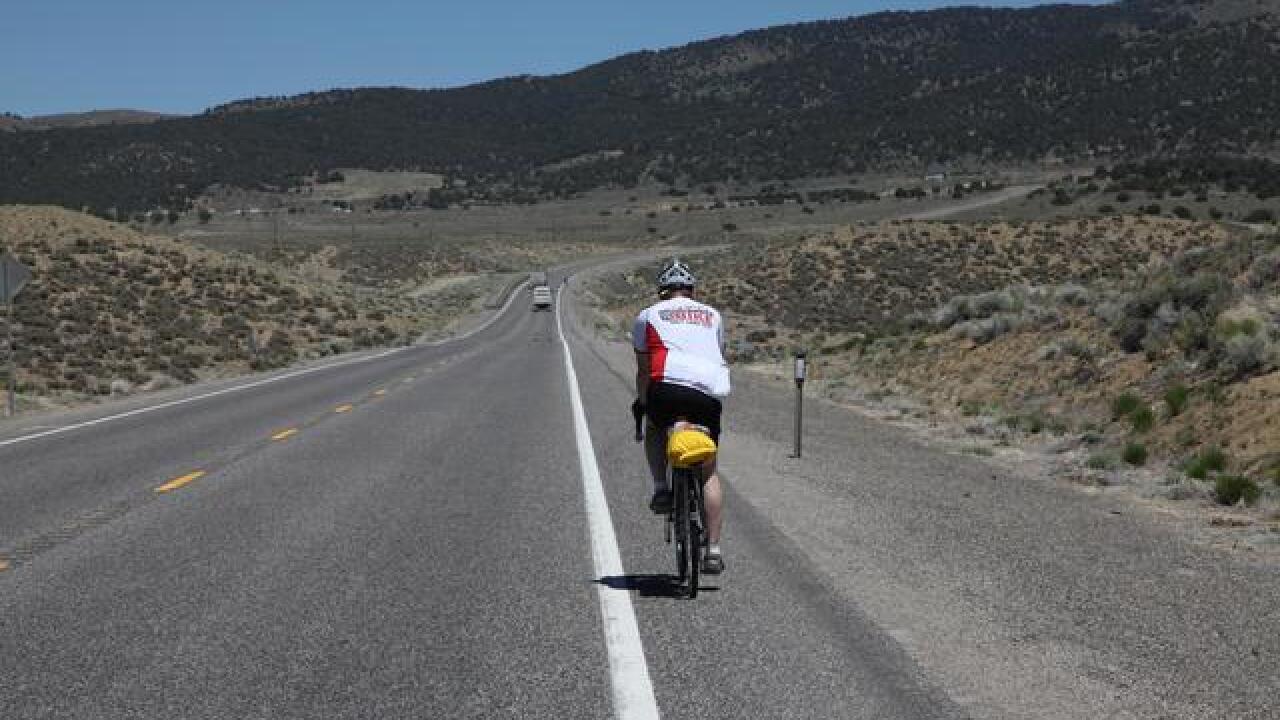 Copyright 2018 Scripps Media, Inc. All rights reserved. This material may not be published, broadcast, rewritten, or redistributed.
Nevada Department of Transportation

The Nevada Department of Transportation announced that U.S. 50 across the state has been designated as Nevada’s first official U.S. Bicycle Route.

While many local bicycle routes and paths exist across the state, the designation of U.S. 50 as part of the U.S. Bicycle Route System marks the first route in Nevada to be named a U.S. Bicycle Route and makes Nevada the 26th state with a national bike route. The new designation by the American Association of State Highway and Transportation Officials, with support of Adventure Cycling Association, brings the total mileage of U.S. Bicycle Route routes in the nation to 13,099.

Known as U.S. Bicycle Route 50, the 410-mile bicycle route follows U.S. 50, dubbed the “Loneliest Road in America,” east to west across the state. One route detour from U.S. 50 takes bicyclists along State Route 722 west of Austin for a less traveled, more appealing ride with unparalleled scenery before connecting back to U.S. 50. Crossing part of the Great Basin, the route traverses 12 summits taller than 6,000 feet, numerous communities, and 10 nearby state parks.

With the bike route crossing rural Nevada desert, bicyclists are advised to travel prepared with water, emergency medical and basic bicycle repair supplies. Due to the tremendous topographic diversity along the route, cyclists should prepare for any type of weather and intermittent cell phone coverage.