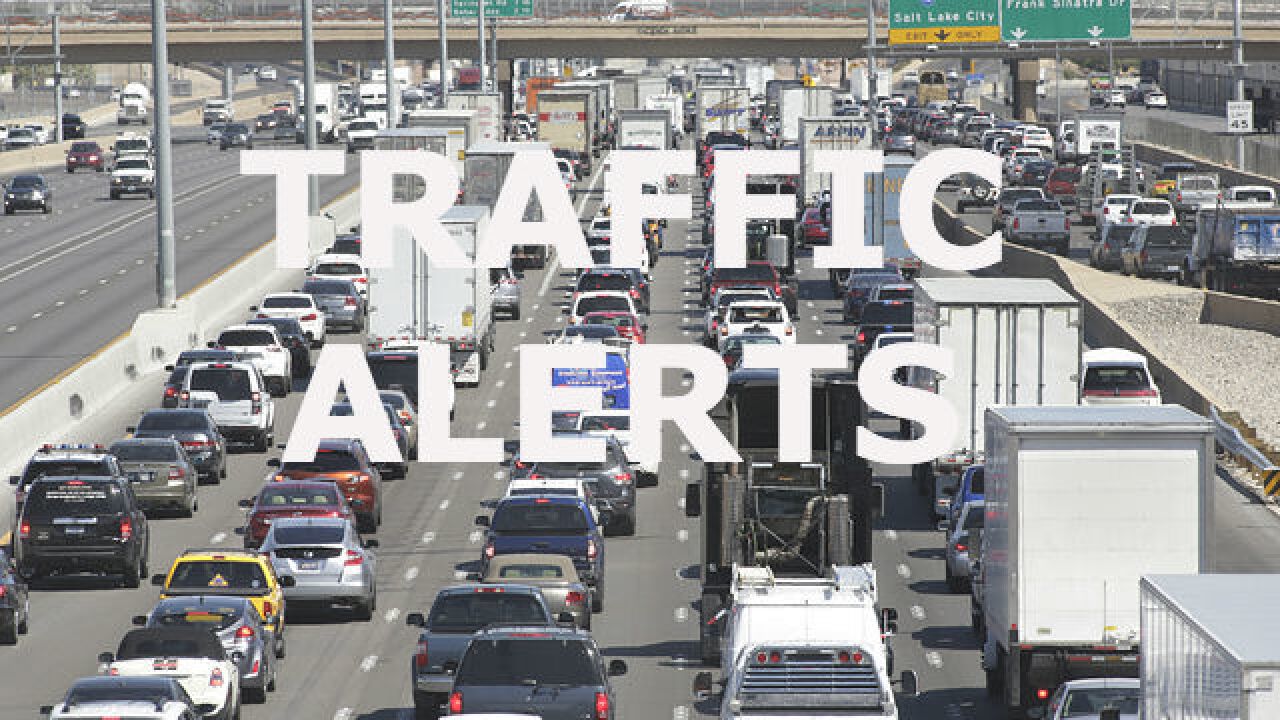 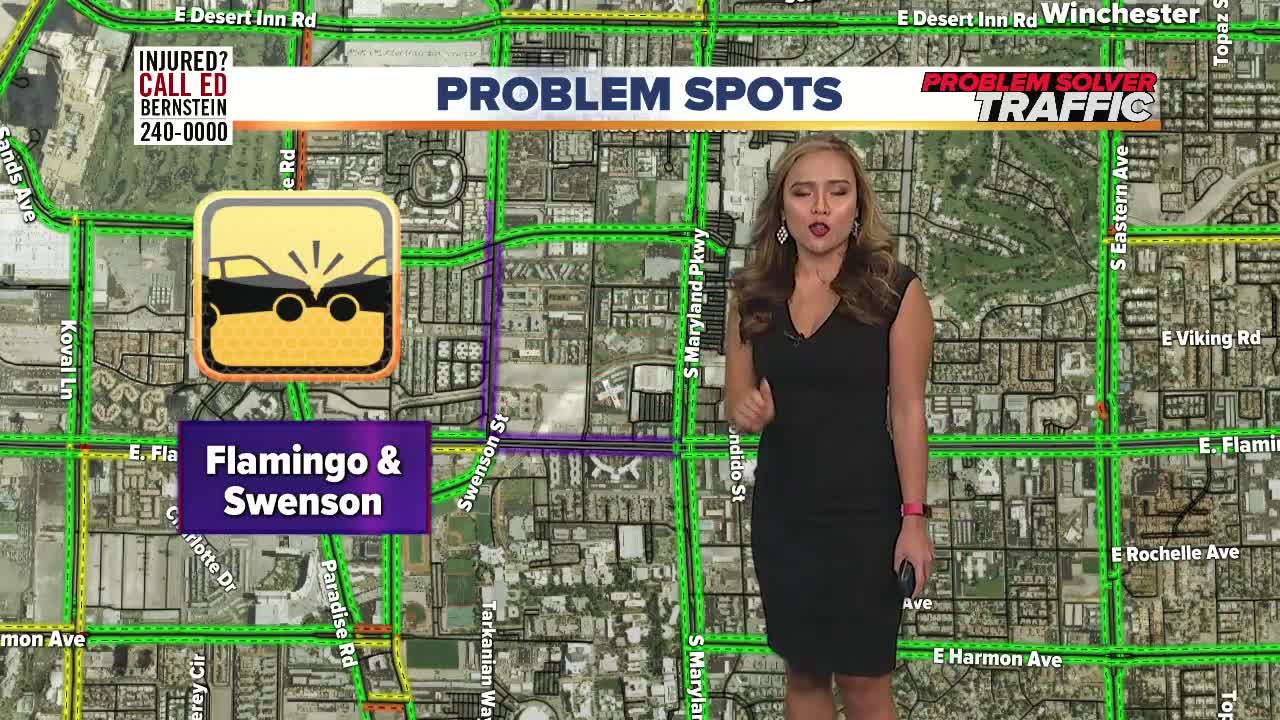 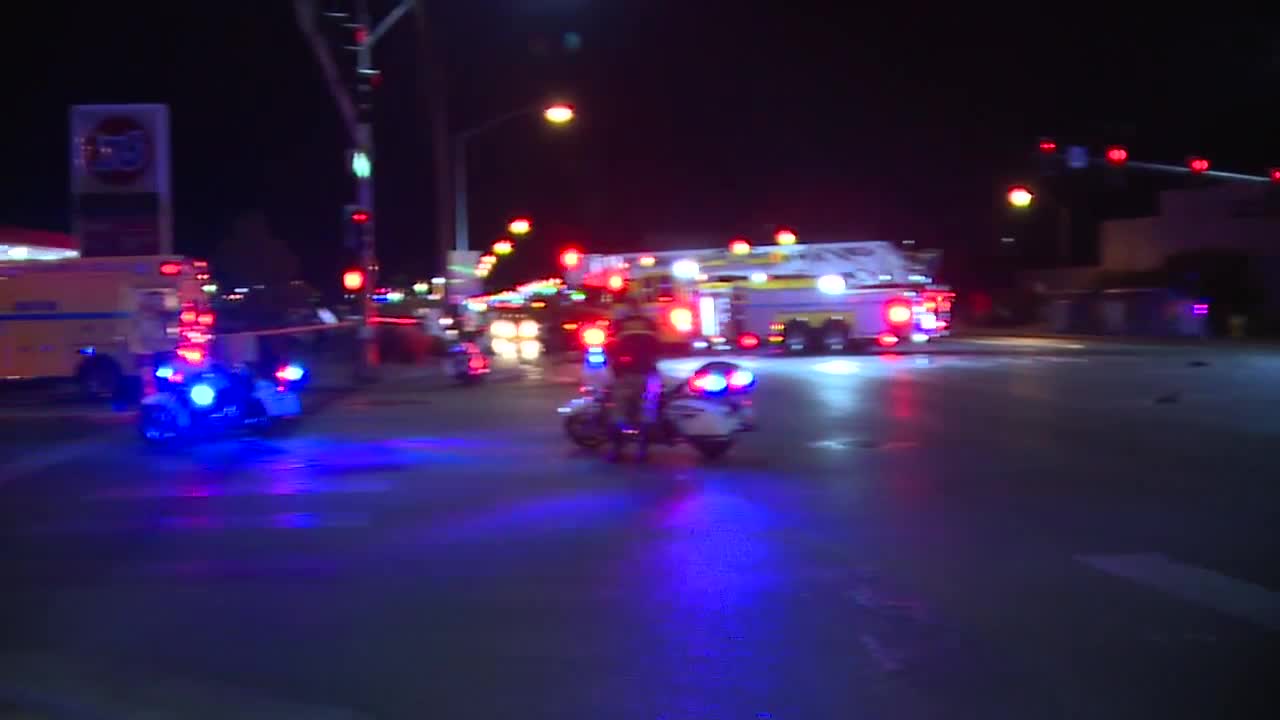 This is a roundup of all the traffic alerts in the Las Vegas valley for October 31.

Nevada Highway Patrol troopers are working a crash involving two school buses on the I-15 offramp near Martin Luther King Boulevard. The accident is blocking a few travel lanes.

#TrafficAlert: Crash at the intersection of Sunset & Durango. 2 lanes on EB sunset and 2 lanes on SB Durango are blocked off right now. pic.twitter.com/hzVnpaKGYk

#TrafficAlert: On Twain near Paradise. 1 lane WB on Twain is blocked off. pic.twitter.com/hgbuUM6B0z

#TrafficAlert: 2 EB lanes on Tropicana right at the I-15 SB on-ramp is blocked off due to a crash. pic.twitter.com/0Zm1Bs4VBe

Las Vegas motorists are getting a sweet treat this Halloween as the Nevada Department of Transportation (NDOT) unveils several new Interstate 15 lane and freeway ramp improvements between October 31 and November 1, well before “Black Friday” and the holiday shopping season, providing ease of access to downtown businesses and shops.

Auto-pedestrian crash at Flamingo and Koval. Two lanes of westbound Tropicana are blocked off. Slow down when approaching the area.

Police are responding to investigate a crash involving two vehicles at Flamingo & Swenson. One of the involved vehicles caught on fire following the collision. Two drivers were transported to the hospital. One of the drivers was pronounced deceased at the hospital. Flamingo is closed in both directions between Swenson & Cambridge. Avoid the area for the next 4-5 hours.

#TrafficAlert: Crash at Flamingo & Swenson. Flamingo is shut down on both directions. Avoid the area. NB/SB take Paradise instead. For WB/EB , take Tropicana. pic.twitter.com/3sQjxqbs2R

Do you have a traffic trouble you would like for us to check out? Send an email to traffictroubles@ktnv.com.