Thanksgiving weekend concludes with traffic jams out of Las Vegas

As the holiday weekend comes to a close, many people are making their way out of Las Vegas, which means traffic will be tough if you’re headed towards California. Jeremy Chen reports. 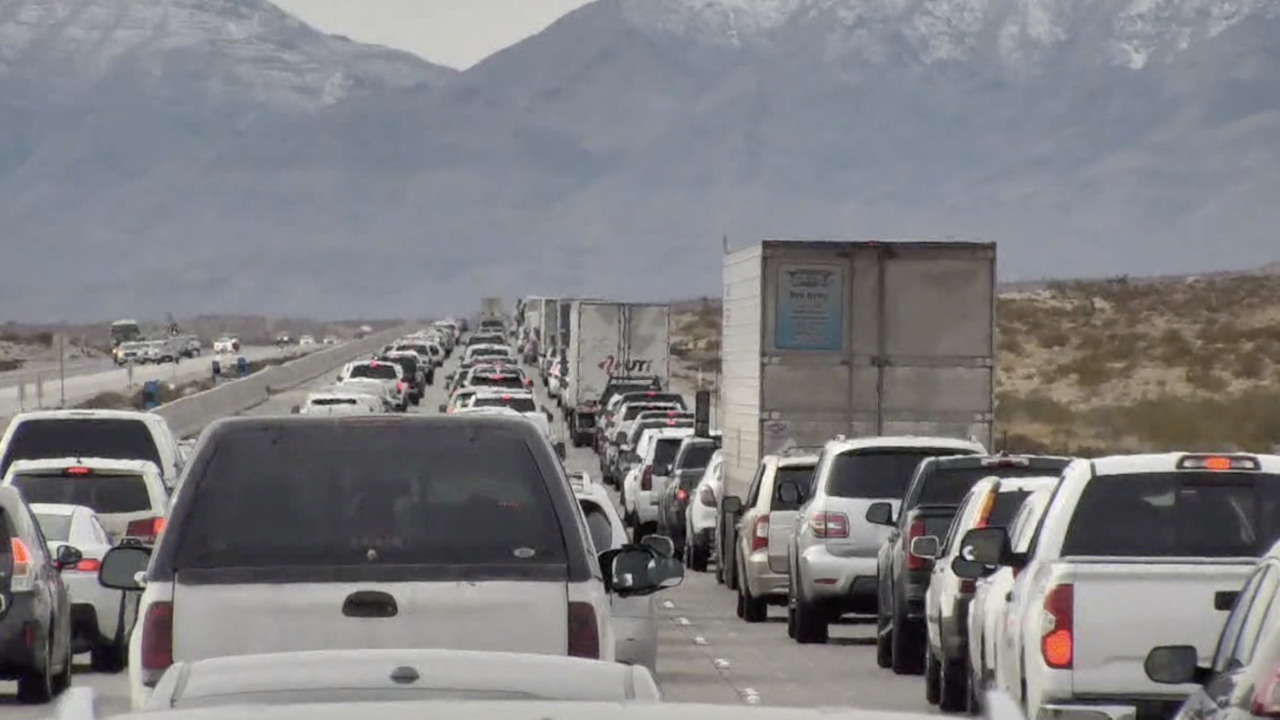 PRIMM (KTNV) — As the holiday weekend comes to a close, many people are making their way out of Las Vegas -- which means traffic will be tough if you’re headed towards California.

They say what happens in Vegas stays in Vegas, which probably feels all too real for someone trying to get to California on Sunday.

RELATED: 15 mile backup on I-15 towards California

Traffic on the I-15 southbound near Primm has been backed up for more than 20 miles most of the day.

“It is what it is. There’s no way around it,” said Mona McIntosh, who's traveling from Las Vegas to Los Angeles.

The traffic is moving so slow, some people decided to pull over and do some maintenance to pass the time while they wait.

One driver told 13 Action News that he wanted to wake up extra early to prepare for the commute but got voted down.

“We’d be leaving like 2 o’clock in the morning to beat this traffic, but oh well. We got to keep them happy,” said Donald DeLeon-Guerrero, traveling to Washington state.

People came up with ways to stay entertained while waiting in the traffic.

RELATED: This Thanksgiving will be one of the busiest for travel

“They have iPads and phones so they’re doing alright,” McIntosh said.

It's expected that more than 320,000 people visited Las Vegas for the Thanksgiving weekend, contributing around $230 million in spending, according to the Las Vegas Convention and Visitors Authority.

“It’s time to go back to reality and work make up for this trip,” DeLeon-Guerrero said. A reality that involves miles of bumper to bumper traffic.

“Just stay calm. Can’t go any faster than what the traffic is going to let you go,” Anthony Macias, a California traveler, said.