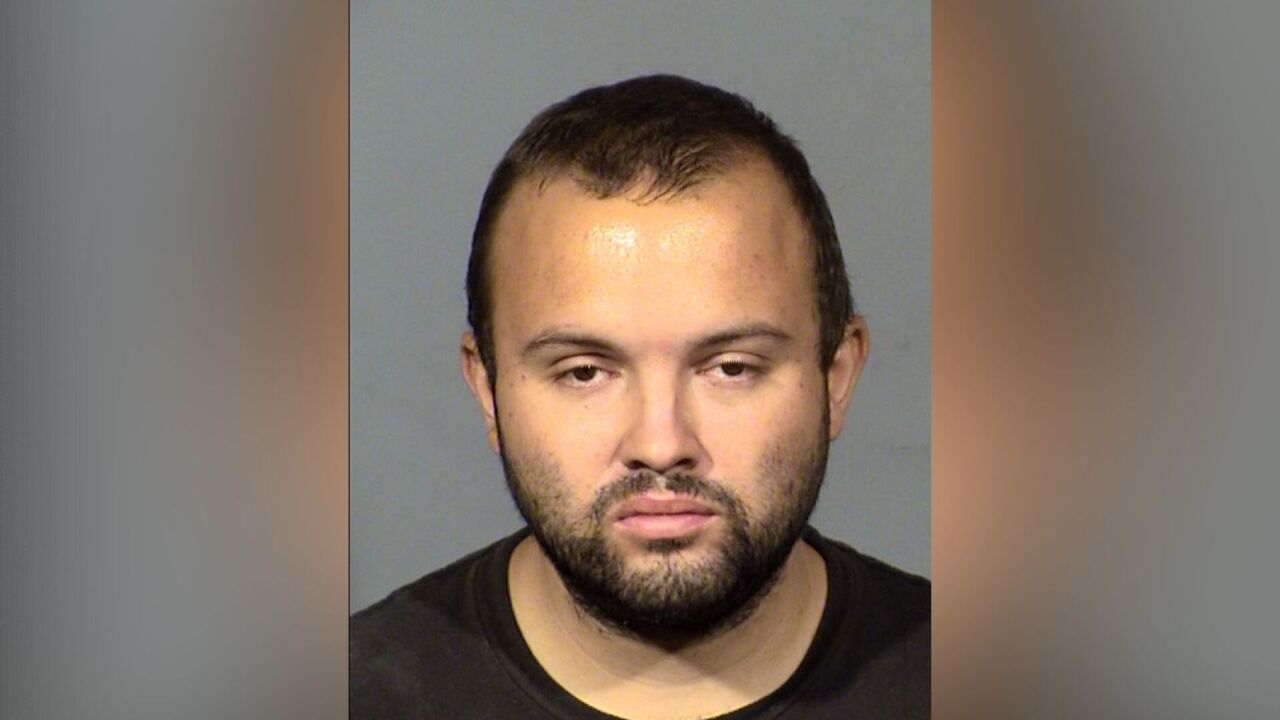 LAS VEGAS (KTNV) — A man who lives in Texas called a Las Vegas hospital and threatened to "shoot up" the building, according to police.

Court documents show someone who identified himself as Nicholas Duran called Spring Valley Hospital last month and made the threat, also saying other hospitals are not safe.

Police say a record check revealed that Encinias has multiple incidents throughout the country involving statements about committing a mass shooting.

On Aug. 30, a nurse at Spring Valley Hospital told officers that a caller in Texas claimed was admitted to Spring valley Hospital when he lived in Las Vegas last year and was treated poorly, the reports says.
It goes on to say he told her he was in three different hospitals in Las Vegas and that they mistreated him.

He said he was returning to Las Vegas in a couple of weeks and is getting a machine gun, the report says, telling the nurse he was planning on shooting all three hospitals and Spring Valley is one of them.

He said a lot of people are going to die when he returns, the report says.

In an interview with police, Encinias told authorities he was diagnosed with psychosis and is bipolar, the reports says. He blamed the desire to shoot people on his mental illness, Encinias continued to say he is looking for help because he doesn't want to have to kill a lot of people, the report states.

Police say Encinias bragged about being investigated by the Secret Service and FBI for making threats, and that he told officer he travels often because if he stays in one place he might go and hurt somebody.

Encinias is being held at the Clark County Detention Center on $500,000 bail. He is expected in court on Sept. 30.