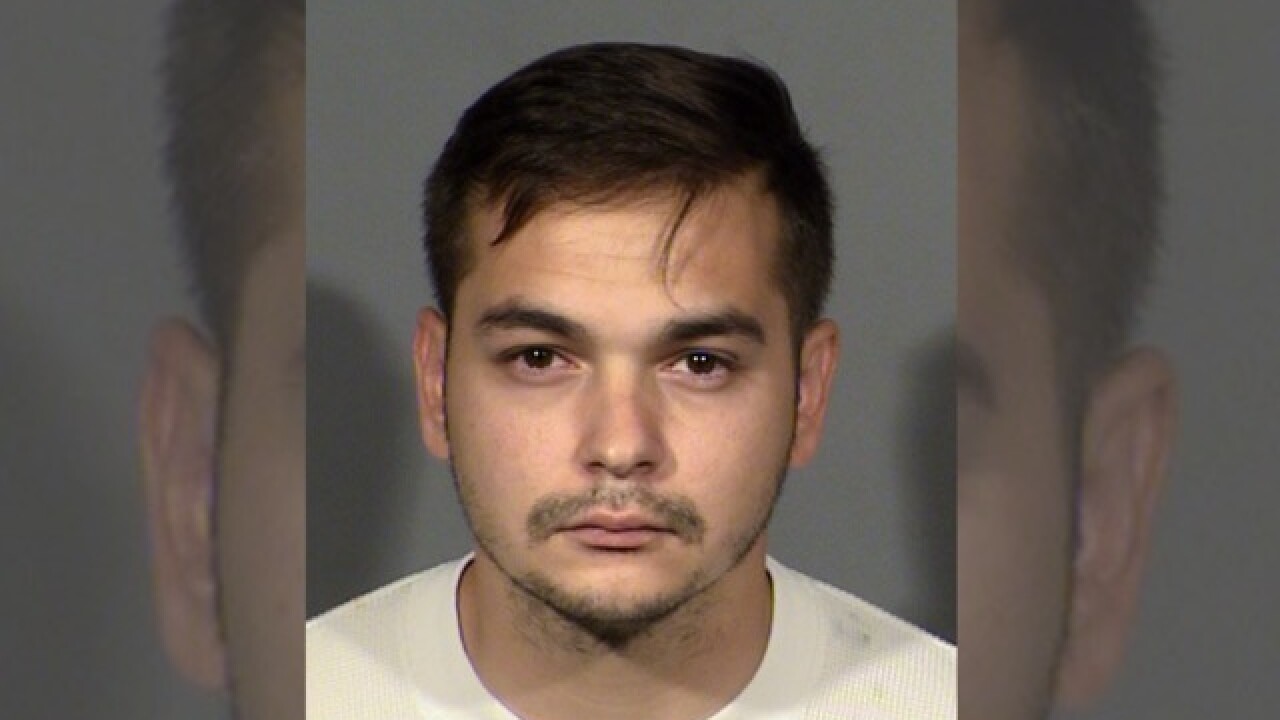 A violent robbery suspect has turned himself in, according to the Las Vegas Metropolitan Police Department.

Cameron Garcia, 27, hired a lawyer and turned himself into police after feeling pressure to do so on Oct. 23, according to authorities.

Police were on the lookout for Garica since late September after he was reportedly involved in an attack on a 75-year-old man near Windmill Lane and Paradise Road.

RELATED: Protecting yourself after a string of attacks on elderly

The victim had his personal property stolen and suffered bruising to his face in the incident, according to police.

The LVMPD said these attacks on vulnerable people in the community cannot be tolerated and urged anyone with more information to contact Crime Stoppers at 702-385-5555.