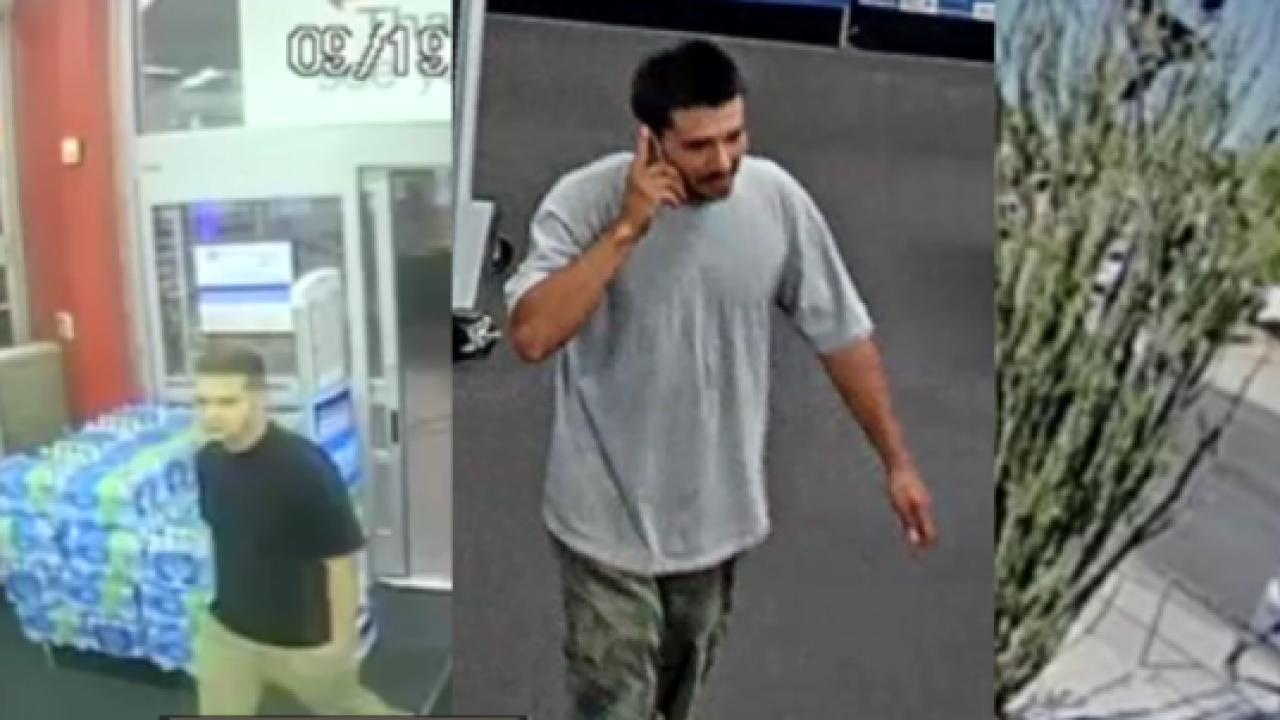 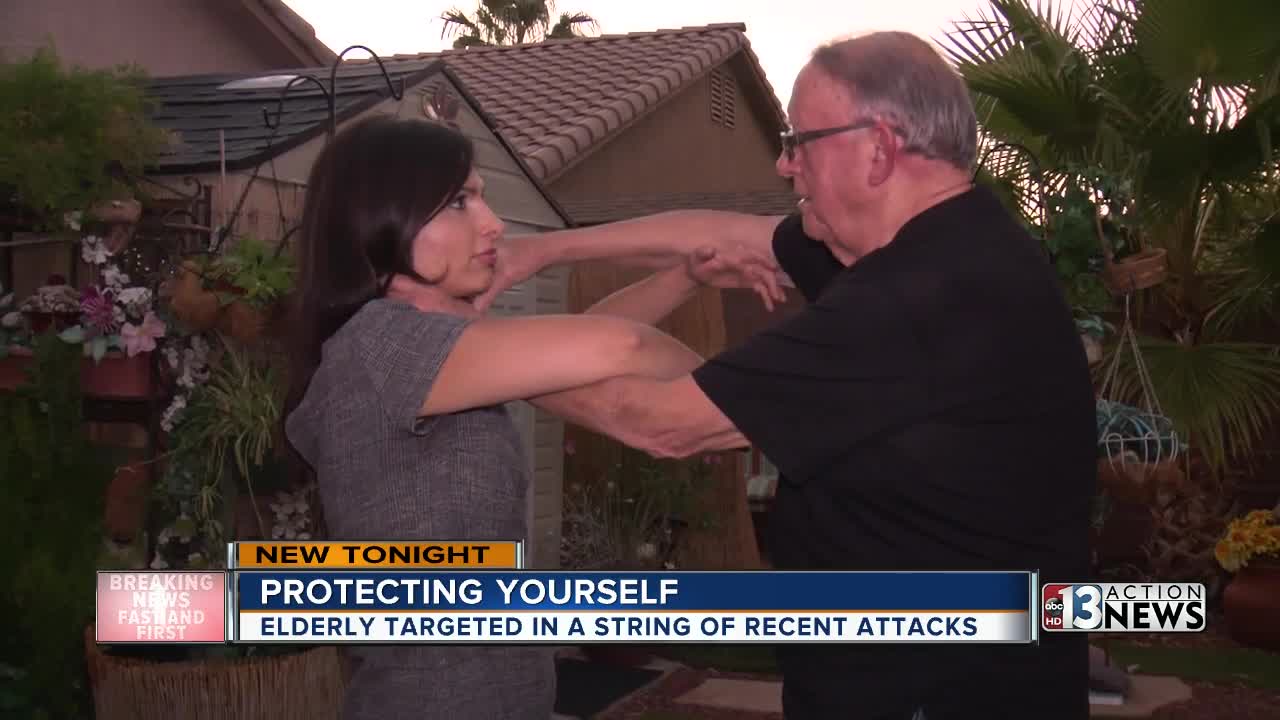 LATEST:  Marlene Schefcik says her 90-year-old mother is one of three recent victims in a string of attacks against the elderly.

Schefcik's mom was attacked in her driveway on Oct. 9. It happened as she was returning from the store.

3 seniors attacked by 3 different men in the past month. Tonight, we speak with one victim’s family and we are showing YOU how to fight off an attacker. Live on @KTNV in 3 minutes pic.twitter.com/myX4Wh505F

"She was trying to hold onto her purse," said Schefcik, "..when he finally made that last jerk, she fell."

The victim fractured her pelvis.

13 Action News spoke with a self-defense expert about how the elderly can defend themselves in similar situations.

Roland Rogers, 80, teaches free self-defense classes to the elderly in Las  Vegas.  He has a pamphlet called "Survival One: A self-defense workshop."

He says the techniques are designed to incapacitate an attacker with very little strength required. He designed the course for women, children, and the elderly.

Rogers says wasp spray in the face can help stop an attack. The 80-year-old keeps a can in the house and in the car.

He also showed 13 Action News a series of moves, including the ear slap, eye gouge, and trachea strike.

Rogers says while you can fight off an attack, your best bet is to be aware and avoid confrontation.

His next class is Nov. 14 and he can be emailed here.

ORIGINAL:  Three elderly victims have been attacked by three different suspects and now officers are searching for the assailants.

The attacks have occurred around the Las Vegas valley with the first incident on Sept. 19.

That’s when police said a man hailed a cab downtown but then refused to pay when he was dropped off near Windmill Lane and Paradise Road. The man stole the 75-year-old’s cell phone, other items and caused severe bruising to the driver’s face during the robbery.

A week later, police in the northwest said another man tried to steal a brand-new computer from an 80-year-old as he was carrying it to his car near Charleston Boulevard and 215 Beltway.

In this case, police said the victim was able to hold on to the computer despite being thrown to the ground. However, the 80-year-old did suffer minor injuries in the incident.

On Oct. 9, officers also reported a 90-year-old woman was hospitalized after she was thrown to the ground while her purse was stolen near 215 Beltway and Jones Boulevard.

The Las Vegas police department said these attacks on vulnerable people in the community cannot be tolerated and urged anyone with more information to contact Crime Stoppers at 702-385-5555.