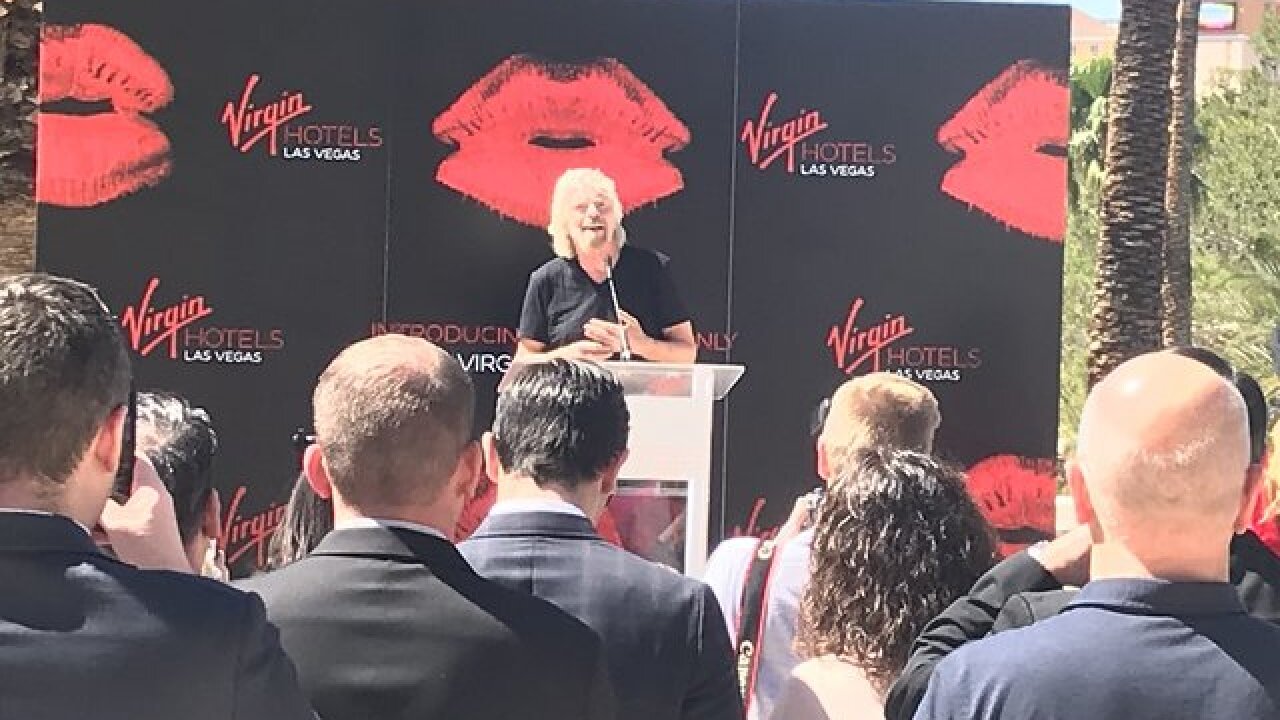 The Hard Rock name will remain until the rebranding is complete. The new name will reportedly be Virgin Hotels Las Vegas. The rebrand is expected to be completed by the end of 2019.

Virgin will rebrand @HardRockHotelLV . Iconic name will remain until rebranding is complete. pic.twitter.com/AXvGRp6OnD

As far as memorabilia, Branson says "We will treasure it. We will choose, maybe some bits may be going into storage. But by and large, it's part of history. We've got a responsibility to look after it."

Branson refused to reveal how much he paid for the Hard Rock during a press conference on Friday. He said that he did not wanted to turn the presser into a "boring business meeting."

Branson's airlines, Virgin Atlantic, began flying between Las Vegas and London in 2000 and Branson is a frequent visitor.

ORIGINAL STORY: Vital Vegas is reporting that the Hard Rock hotel-casino has been bought by Sir Richard Branson.

The Hard Rock will be part of the Virgin hotel chain. Details of the alleged sale have not been made public yet.

Virgin Hotels got its start in 2010 and is based in Florida.