A look at Hard Rock hotel-casino's history in Las Vegas 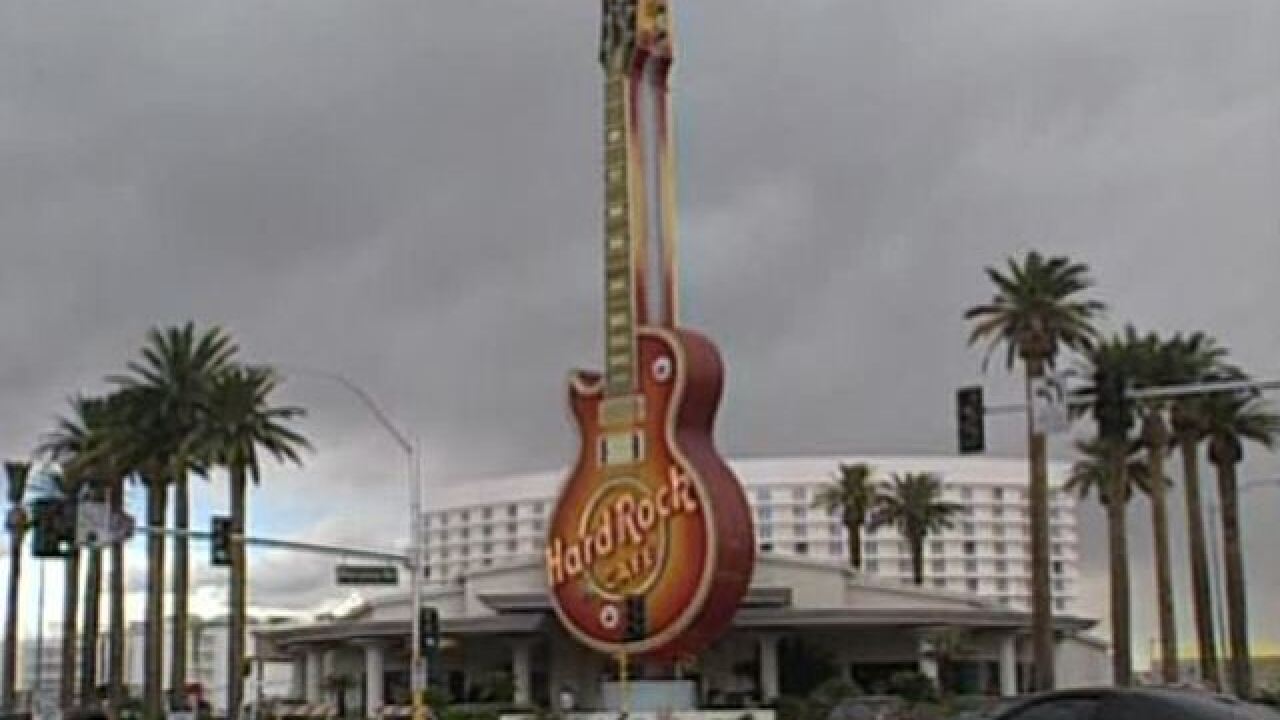 Copyright 2018 Scripps Media, Inc. All rights reserved. This material may not be published, broadcast, rewritten, or redistributed.
KTNV file

Hard Rock hotel-casino in Las Vegas will soon be undergoing a name change so we decided to take a look back at its history.

Hard Rock hotel-casino had been operated by Brookfield Asset Management before the announcement Friday that Virgin Group was rebranding the hotel. Peter Morton, the co-founder of Hard Rock Cafe, owned and operated the property until 2006.

The property is known for its memorabilia cases over the years, including honoring late Linkin Park lead singer Chester Bennington in 2017. Some other notable memorabilia cases include Elvis, The Beatles, Elton John, Imagine Dragons, The Killers and David Bowie.

New owner and CEO of Virgin Group, Sir Richard Branson, said they will "treasure" the memorabilia with some pieces possibly going into storage.