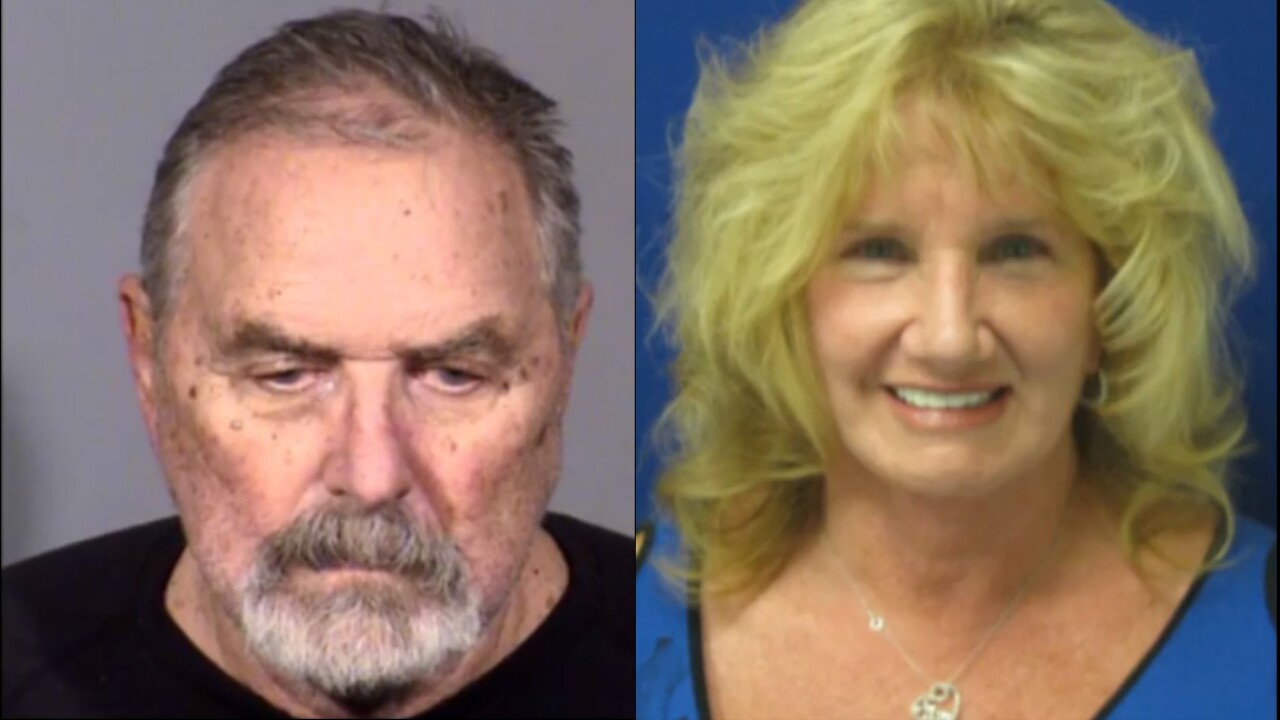 NEVADA (KTNV) — UPDATE FEB. 14: 13 Action News is digging deeper into oversight of facilities like Northwest Academy after the owners were arrested for child endangerment.

Marcel and Patricia Chappuis were transported back to Nye County late Thursday, according to deputies.

They appeared before a judge in Clark County earlier. Their defense attorney stated that the case stems from a disgruntled fired employee.

13 Action News contacted multiple state agencies and divisions to ask about potential changes in the wake of these serious child abuse and child endangerment allegations.

A spokeswoman from the Department of Health and Human Services, Division of Public and Behavioral Health told Action News they're looking into what can be done to keep students even safer at these facilities.

One idea being considered is a ban on allowing private operators in an effort to increase oversight and transparency.

Also, 13 Action News was informed the other five similar facilities are all run by the county.

UPDATE FEB. 13: A parent of two teenagers who attended Northwest Academy is speaking out to 13 Action News.

This was hours after the owners of the school were arrested for child endangerment.

"First thought was thank God, about time," said parent Nicole Bayer, "now the school can be shut down."

According to the Nevada Department of Health and Human Services, the school is in the process of closing. Parents have been told to come and get their children.

Bayer said her two sons attended the facility from 2013 to 2016. One of her teens had a good experience at the school; however, she claims her other teen was assaulted by an employee of the facility.

"I went to pick him up and he had a rug burn on his face and a black eye," she said.

13 Action News has reached out to deputies in Nye County to ask about this incident. Bayer said she reported the incident in March of 2016.

The two owners of the school, Marcel and Patricia Chappuis, declined to speak with Channel 13.

We also reached out to the school to learn more about these specific allegations.

The couple owns the Amargosa Valley boarding school and were arrested just before midnight on Feb. 12. They face 43 counts of child endangerment.

Patricia has an additional 2 counts of child abuse from previous altercations with students, according to police.

The NDEP order from Feb. 9, 2018 required everyone at the boarding school be provided bottled water for drinking, cooking, and washing.

Detectives say, the boarding school provided bottle water 3 times a day but regularly ran out of drinking water for up to 3 days.

Even during the hot summer months, authorities say, the students were required to drink the contaminated water or nothing at all.

Students were also provided tap water when they took their medications.

Witnesses say, staff were required to cook with the contaminated water and that empty bottles of water were brought into the kitchen. Staff were instructed to pretend the water from the empty bottles was used in cooking.

The Nevada Department of Health and Human Services also released the following statement:

The Division of Public and Behavioral Health, Child Care Licensing, and the Division of Child and Family Services are aware of recent developments regarding the arrests of two more Northwest Academy (NWA) staff. The individuals arrested do not provide direct supervision of the children currently onsite. Northwest Academy Staff are working to move children to alternative placements as soon as possible. DCFS is assisting with finding alternative placements for the children currently onsite at NWA.

The Northwest Academy staff onsite are cleared and qualified to supervise the children in accordance with regulatory requirements. Child Care Licensing has been and will continue to monitor the facility for compliance with child care regulations. Child Care Licensing notes adolescents onsite are being supervised by approved caregivers who passed background checks and meet qualifications. The Division of Child and Family Services is working with the local authorities and parents to ensure the safety of the children involved.

At this time the facility has communicated verbally that they are assisting the kids currently in attendance to find other placements. Once there are no children onsite, they will surrender the license to Child Care Licensing.

The investigation is still ongoing. Anyone with information is urged to call Nye County Sheriff's Office at 775-751-7000.