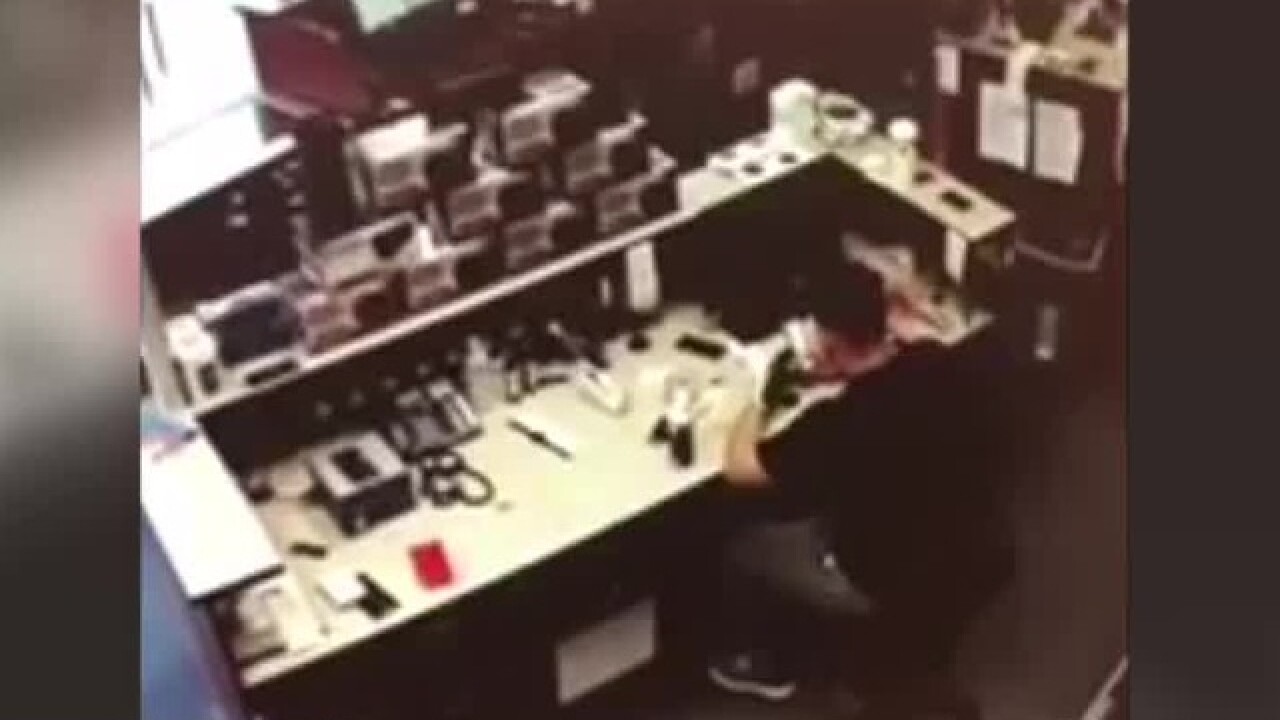 13 Action News recently obtained video showing an iPhone exploding on a desk at a Las Vegas phone store while an employee sat just a couple feet away.

The employee quickly jumped up to get help as the phone burned itself out on the desk in less than 20 seconds.

13 Action News is told the phone screen was being replaced after it cracked due to heat damage as the battery expanded.

The store is not being identified.

Paul Tartaglio owns Gadget Repair. While it wasn't his shop, he says he has seen badly damaged batteries due to heat in the desert.

He has seen a phone explode before but "It takes a lot for it to explode."

The biggest issue he sees the temperatures rise into the triple digits in Las Vegas are the cracked screens from the warped batteries.

"Over time the batteries heat up and bloat," Tartaglio said. "The problem is when it bloats up just a little bit, it can cause your screen to crack a lot easier."

While he says you can never predict when the battery could explode, Tartaglio said the key is to keep your phone out of direct sunlight during the summer.

Not only can it lead to explosions in extreme cases, but it can also shorten the life of your battery.  Especially after you get the temperature warning on the phone a few times.

Another tip involves avoiding overcharging your devices, which can generate extra heat in the battery.