Parents and teachers are taking a stand Thursday after a series of racist threats at valley schools. 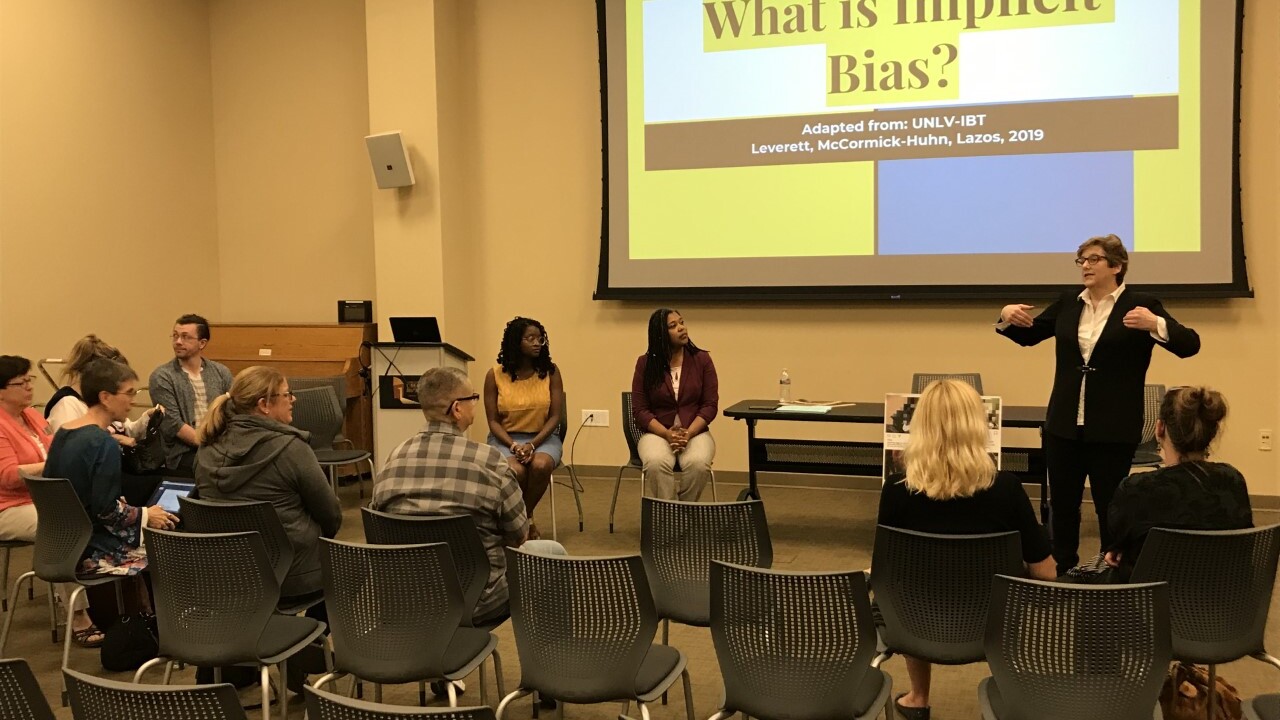 LAS VEGAS (KTNV) — Parents and teachers are taking a stand after a series of racist threats at Las Vegas valley schools.

On Thursday, educators held a meeting with parents at Arbor View High School to talk about race issues and discuss solutions following a series of racially-charged social media posts calling for a "Columbine pt. 2" at the school in March.

Two students were arrested and another was cited for cyberbullying.

The first step, the group says, is talking about our differences.

"I feel like if we have these conversations then that opens up the door," said Carrie Kaufman with the Nevada Voice.

Kaufman hopes many others will walk through that door to make our schools safer.

"Our students and our people in schools, mostly high school, are dealing with this stuff but they don't know how to go to the administration, what to do, what to answer, how to deal with diversity," she said.

"I think he will always be affected by it, he doesn't allow it to control his life, but it will always affect him," Cooks said.

"It was a very violent threat, so the main concern now is bringing awareness to the racism that lives in our school district and changing it," Cooks said.

After the incident, Cooks co-founded the group No Racism in School #1865, a reference to the year slavery was abolished in the United States. She says students are a big part of the solution.

"Your voice can be heard. Your voice has power behind it even if your a 9th grade student," she said.

Cooks wants to establish an environment where students are not judged based of their color of their skin. She hopes her efforts, and the forum tonight, are creating a ripple effect throughout the valley.

"The civil rights movement started as a small step. It takes time, but it also takes patience and continuing to push through and move forward."

The group says one of the first steps is recognizing bias. It's something you could have without knowing it.

They encourage community members to take a test from Harvard University to test their biases.