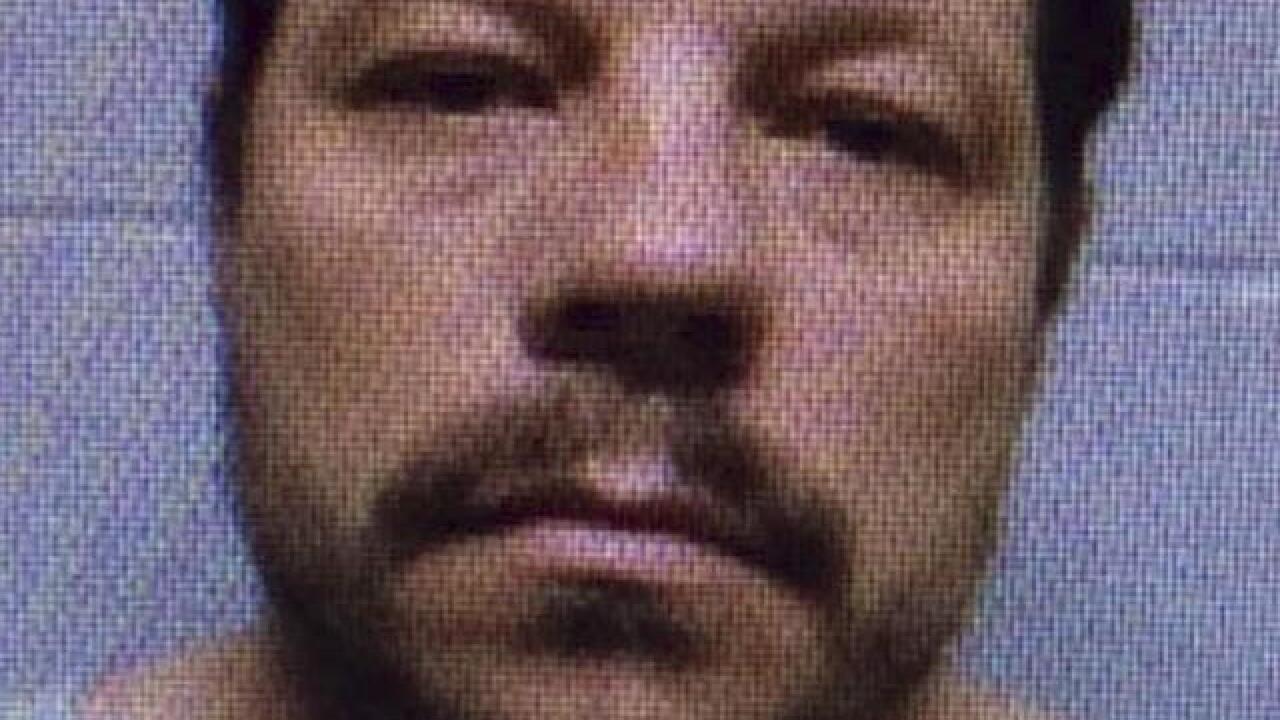 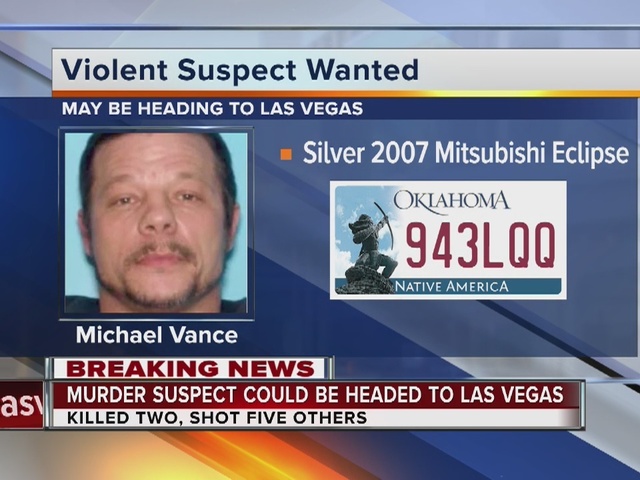 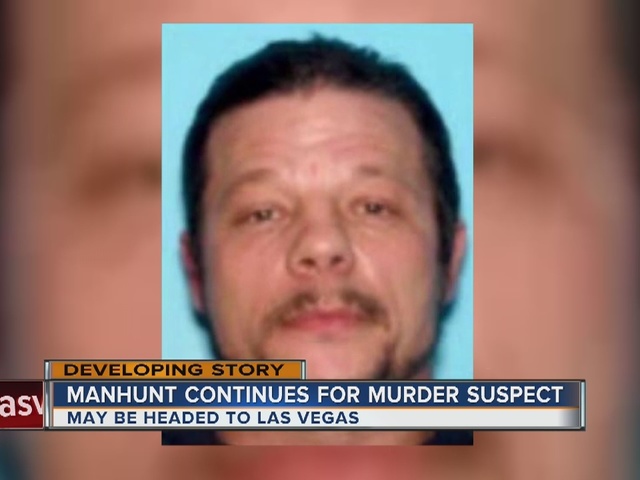 The man who live streamed his escape from police in Oklahoma after shooting 6 people, included two police officers, may be headed to Las Vegas.

Police say that 38-year-old Michael Vance came out firing with an assault weapon after officers responded to reports of shots fired at a mobile home park in Lincoln County.

Two police officers were shot and Vance fled the scene in their patrol car.

He then went to a mobile home park where police later discovered his aunt and uncle -- 55-year-old Ronald Everett Wilkson and 54-year-old Valerie Kay Wilkson -- deceased.

He then allegedly "shot at and injured" a woman while in the process of stealing her 2007 Mitsubishi Eclipse. He also shot a man during an attempted carjacking on Monday.

According to the Las Vegas Metropolitan Police Department, Vance may be headed to Las Vegas in the stolen Eclipse. LVMPD says that it was notified Tuesday morning that he could be headed to Nevada.

In addition to being wanted for murder, police say that Vance has a communicable disease that he "may attempt to spread." Vance was recently released from Lincoln County Jail in Oklahoma where he was being held on child sexual assault allegations.

It is believed that Vance was shot during the exchange of gunfire with the police officers in Oklahoma. It is also believed that he is armed with an AK-47.

Authorities said on Tuesday that Vance has a "hit list" and may intend to kill up to 8 more people.

13 Action News spoke to our crime and safety expert about the manhunt.

"He could very well be headed here," said retired LVMPD Sgt. Randy Sutton. "There is a lot of tracking going on and my guess is he is going to meet a violent end."