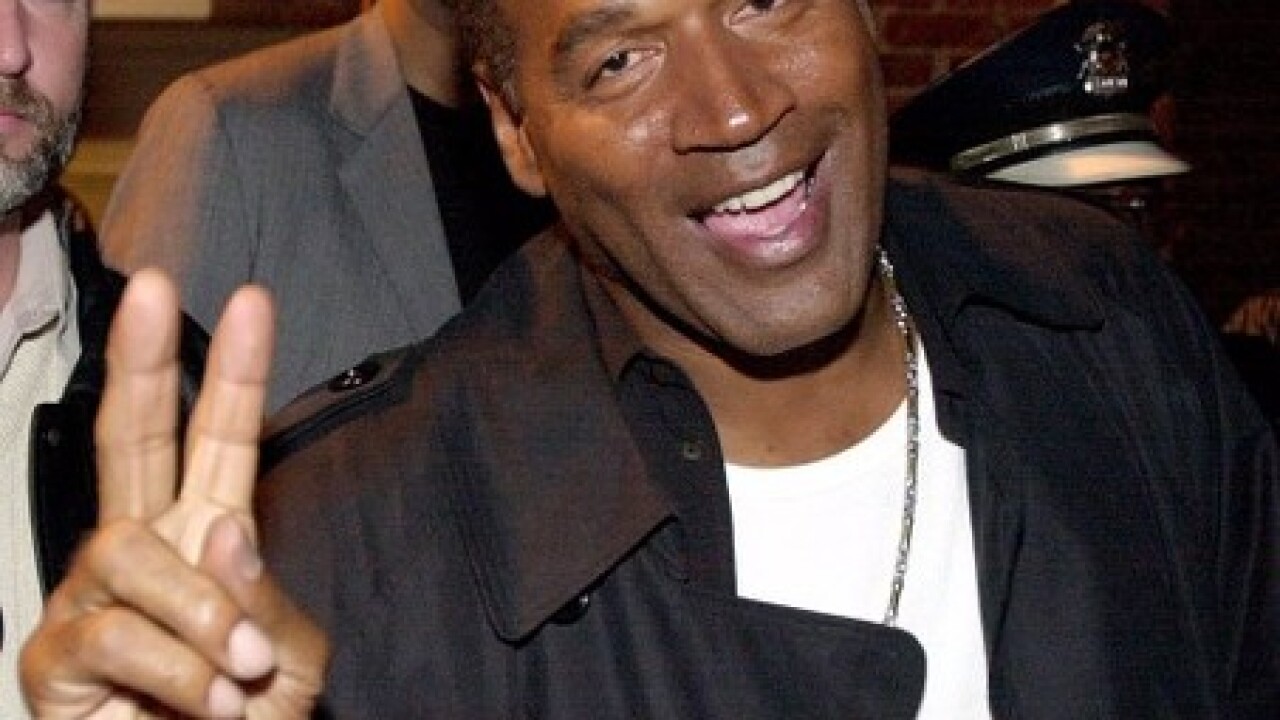 A new interview takes a closer look at O.J. Simpson's life post-parole in Las Vegas but also takes a look back at his storied football career.

While it's been known that Simpson has lived in Red Rock Country Club since he was released from a Northern Nevada prison last October, he lives at a house owned by friend and venture capitalist Jim Barnett, according to the interview with The Buffalo News.

Simpson said he might make Las Vegas his permanent home and told the newspaper "the Summerlin area is so positive." He added that his family and friends enjoy visiting him in Las Vegas.

He told the newspaper he considers himself "retired," even though he says it was forced after the so-called trial of the century where he was acquitted for the murders of Nicole Brown Simpson and Ron Goldman.

While Simpson has made appearances around the Las Vegas valley since his release from Lovelock Correctional Center, he told the Buffalo News he tries to go to a few restaurants that protect his privacy.

Simpson was excited when the Buffalo Bills, where he played from 1969 to 1977, made the playoffs and made an appearance at Moon Doggies, a Bills bar, in Las Vegas.

He told the newspaper he'd like to attend a Bills game where his parole allows it.

Football was a part of his time at Lovelock and he told the Buffalo News that he had four fantasy teams at the prison. He said by the time he left, hundreds of fellow inmates had joined fantasy leagues. Simpson also ran the prison's softball league.

He told the newspaper that he wasn't concerned for his safety in prison and said "nobody would think about screwing with me."

But when Simpson talks about football, he also brings up the possibility he has the degenerative brain disease, CTE. He told the Buffalo News he has days where he notices his short-term memory lacking.

When it comes to current football issues, Simpson told the newspaper that Colin Kaepernick made a mistake regarding kneeling during the national anthem. Simpson said he appreciates "what he was trying to say" but that Kaepernick shouldn't have attacked the flag.

You can read the full interview here.