Blaze is just a five-month-old puppy but he’s coming in at full force to help the Las Vegas first responders. 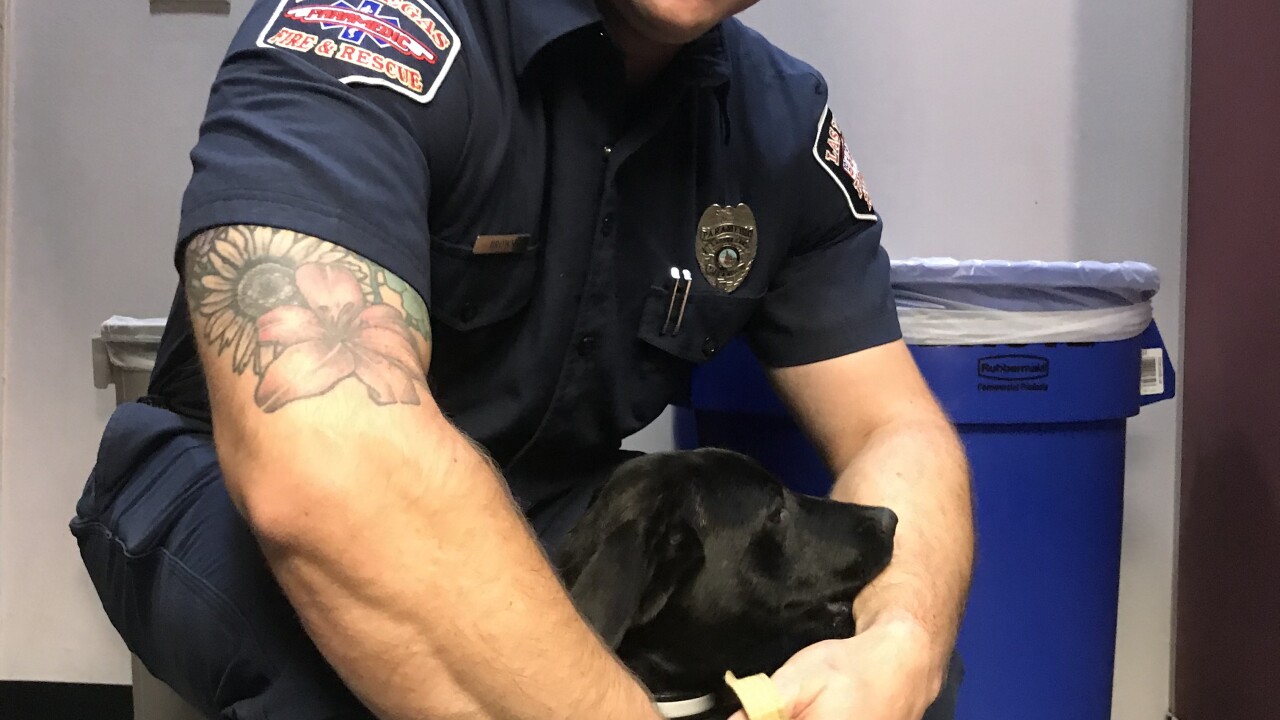 City officials say pet therapy has shown to lessen the traumatic impacts of the work firefighters do.

Like military veterans and police officers, those in the fire service are four times more likely to die from suicide rather than in a line-of-duty death.

In addition, firefighters often suffer from post-traumatic stress disorder at a much higher rate than the general population.

On Wednesday, Fire Chief William McDonald announced that Toby Brown would be the firefighter paramedic to be assigned to a therapy dog in Las Vegas.

Since Brown and Blaze share a special bond -- both almost lost their lives in a fire -- the Retriever Rescue of Las Vegas thought it was a brilliant idea to pair the two survivors together.

"He almost died in a fire. I had a fire that didn't go good. I didn't make it out," Brown says. He's worked at the department for three years.

Brown tells 13 Action News he loves his job but admits it comes with many challenges, often hard to describe.

Blaze and his handler have a special bond. Both survived a fire that nearly cost them their lives. Full story at 6:30 p.m. @KTNV pic.twitter.com/3wfhWqjPIt

Since the rescue organization knows first responders can suffer from post-traumatic stress or even commit suicide, it is training Blaze to help make a difference.

"It's not one call. Its an accumulation of all the calls they experience day after day," Leath says.


Leath believes having Blaze around can help with PTSD triggers and suicidal thoughts.

It estimates that approximately 40% of firefighter suicides are reported.

Leah says there's a stigma that prevents most people from getting help.

"There's so much stress on the job. I think [that's] the least we can do for our first responders."

As of Wednesday, Blaze will live with his handler Brown but will not be dispatched to 911 calls.

Instead, he'll be visiting hospitals, schools, and fire stations across the valley.