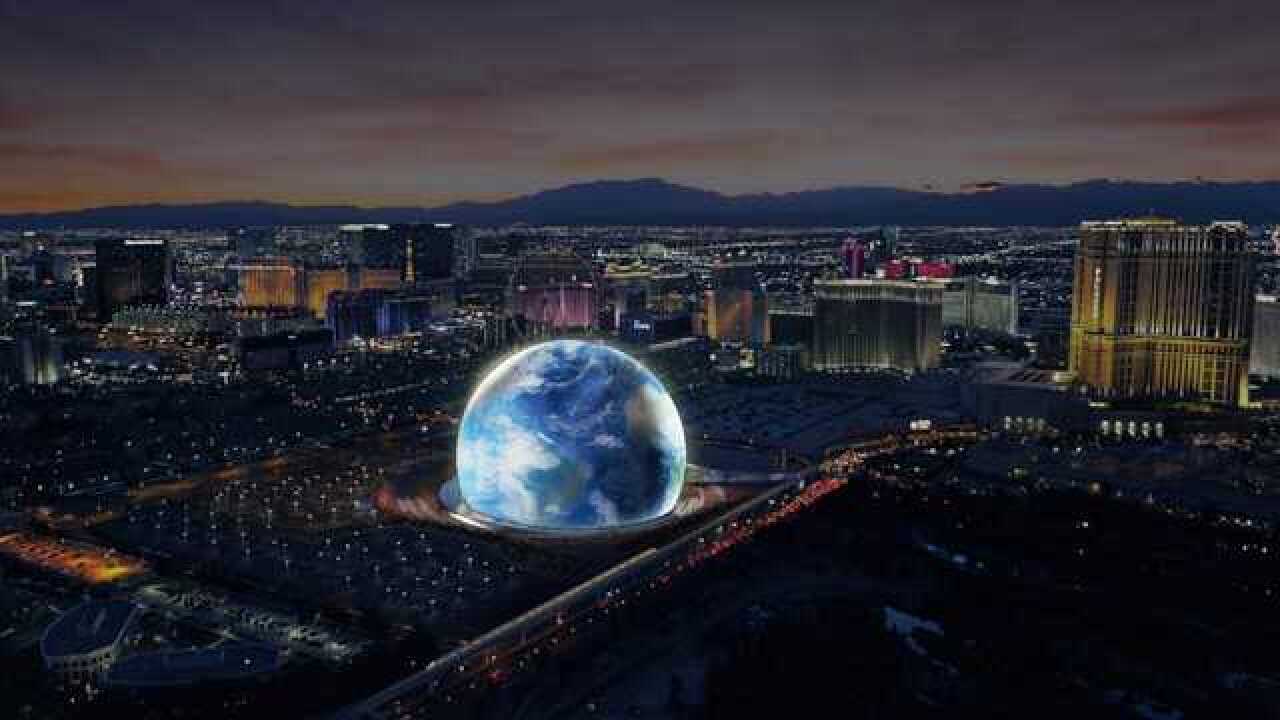 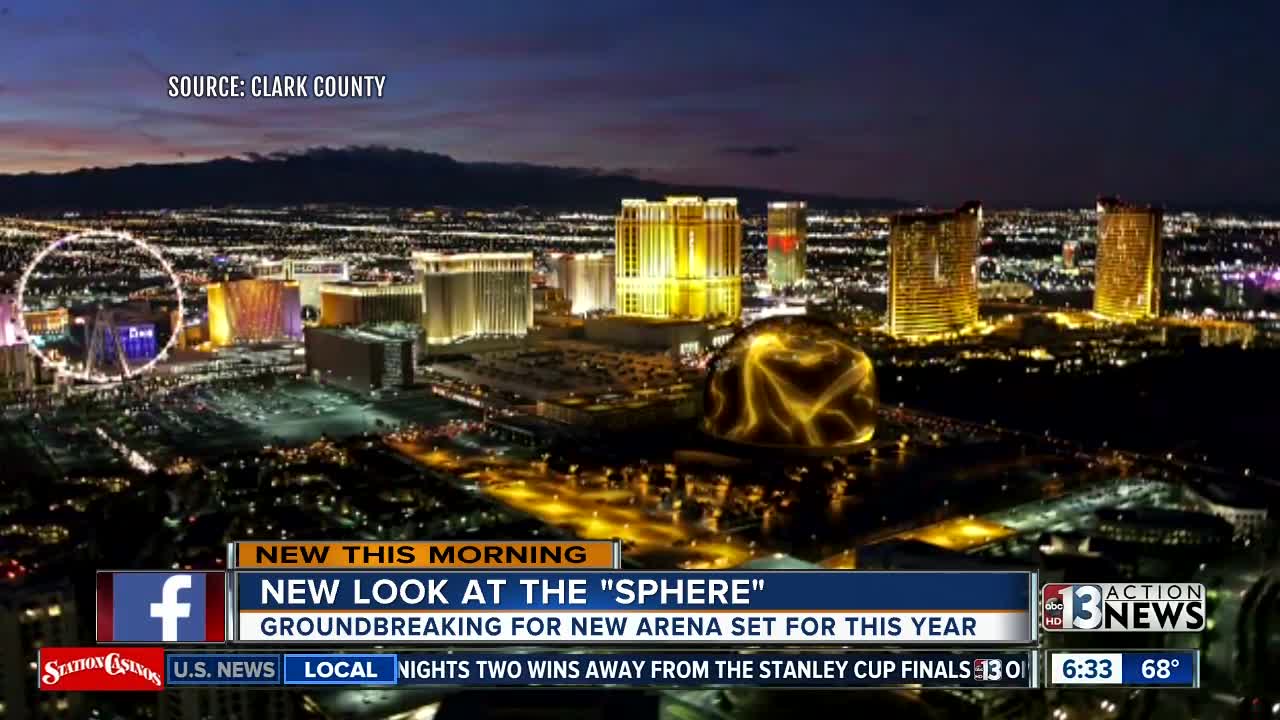 UPDATE MAY 17: New video of the proposed MSG Sphere was shown at a Clark County Commission meeting earlier this week.

Developers say that the Sphere will change the entire concert experience.

One of the biggest issues to be resolved is traffic generated by visitors to the Sphere and where those visitors will park.

The Sands Corporation is working with the county to make sure the area does not get too congested.

Developers hope to break ground on the Sphere in the next couple of months with completion slated for late 2020.

The construction of the Sphere will bring new jobs to the valley. It will also bring more tourists.

Last year, the tourism industry contributed to more than $2 billion dollars in tax revenue. That means that a family of four saved more than $300 a month in taxes.

MSG Entertainment and the Sands Corporation are working with the Federal Aviation Administration on getting needed clearance for the 360-foot high sphere.

Per county regulations, the facility would need over 13,900 parking spaces. Officials are allowing the developers to count toward that requirement the roughly 12,100 spaces at the Venetian and Palazzo casino-resorts.

The arena's site will have about 300 spaces.

UPDATE 9:45 P.M. FEB. 9: It looks like spaceship from another planet. The proposed MSG Sphere promises to be out of this world.

The giant futuristic orb would be the brightest and newest entertainment venue to hit the Las Vegas strip. There's no set price tag yet. It would fit 18,000 people, feature a 360-degree Imax theater, beam sound right to your seat and add yet another entertainment complex to a city overflowing with them. T-Mobile Arena opened about two years ago. The Raiders are building a $2-billiion dollar stadium. Does the city need another arena?

Martina Martinez supports the plan, saying the sphere would bring more jobs and money. "I like it," Martinez said. "The more revenue the better, the more revenue, the more people coming in, it's really good for Las Vegas."

Doris Scott can think of other ways to spend the cash.

"I think it's a bad idea," Scott said. "They need to think about the kids, the education. Put some of the money toward the schools."

Mike PeQueen, a wealth-management expert, said the joint venture between the Sands and Madison Square Garden Company will be like nothing the city has ever seen.

“This one is going to be a game changer,” PeQueen said. "People come to here for something new and something exciting. This fits the bill. people are going to want to see the next Bruno Mars show if it's in that arena. All these entertainers are going to reformulate their shows to fit this new immersive experience"

The companies plan to break ground for the arena in June. The MSG Sphere would open in 2020.

The new venue will be named MSG Sphere and it will feature game-changing technologies and  pioneer the next generation of transformative, immersive experiences.

The MSG Sphere will be located on Sands Avenue between Manhattan Street and Koval Lane. A pedestrian bridge will connect the new venue to The Venetian and The Palazzo complex. Madison Square Garden is partnering with Las Vegas Sands to bring the new venue to Las Vegas.

The sphere will be more than 360-feet high and will have a width of more than 500 feet.

It is unknown how much the sphere will cost but there is no doubt that it will change the skyline of Las Vegas.

Cutting-edge technologies will include a fully programmable exterior; the largest and highest media display on Earth inside; a custom spherical camera system; a dynamically adaptive acoustics system; and wireless connectivity that will raise the bar and set a new standard for all other venues.

Plans for the sphere were unveiled by James Dolan, executive chairman of the Madison Square Garden, at an event on Thursday at Radio City Music hall.The venue was described by Dolan as a concert venue that could also be home to a 360-degree experience that re-creates an EDM festival or car show. It could also host an esports event.

MSG is also planning to build a second sphere in London.