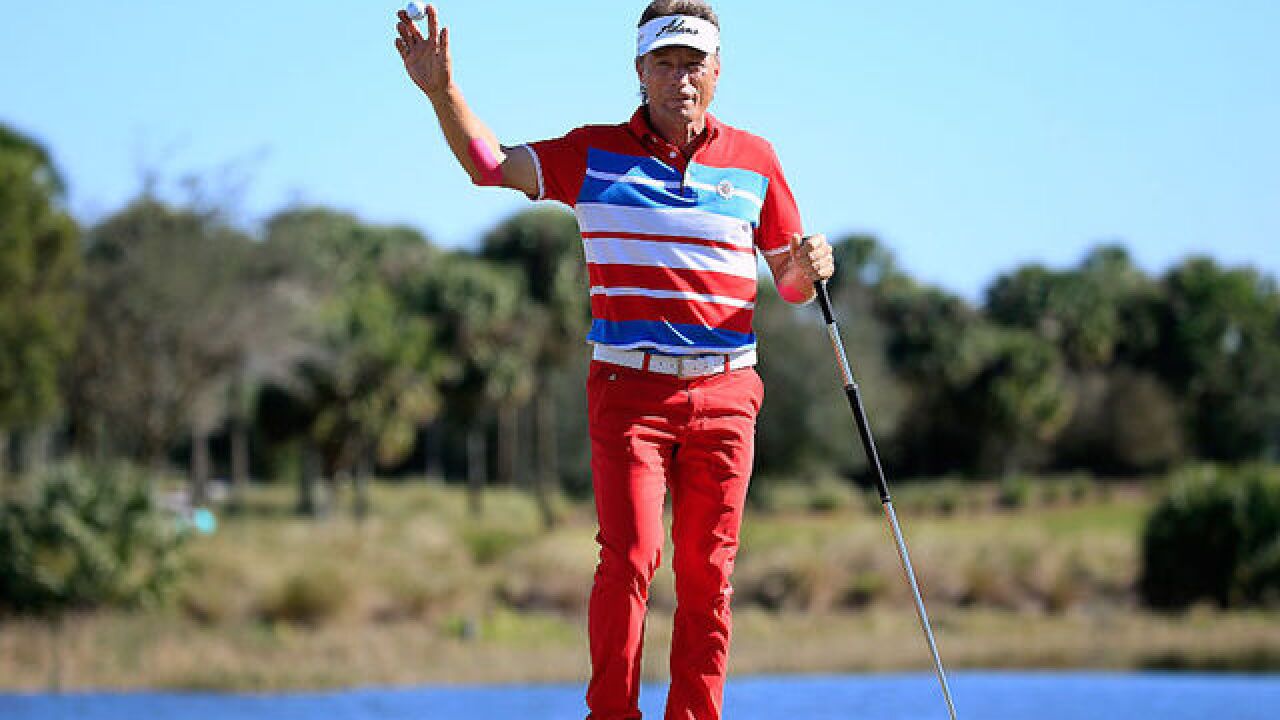 Copyright Getty Images
Chris Trotman
<p>NAPLES, FL - FEBRUARY 12: Bernhard Langer of Germany reacts after a birdie on the 18th hole during the first round of the 2016 Chubb Classic at the TwinEagles Club on February 12, 2016 in Naples, Florida. (Photo by Chris Trotman/Getty Images)</p>

(CNN) -- President Donald Trump, amid a whirling recounting of his electoral triumph to the eight highest-ranking lawmakers in the US Congress, veered sharply off path when it came to his popular vote loss. He claimed that between 3 and 5 million "illegals" voted for Hillary Clinton.

As evidence? A story he'd heard.

Trump's divergence during what was described by one person with direct knowledge as an otherwise "fairly light" 10-minute account, brought forth the objection of multiple Democrats sitting around the table. Trump countered with a story, according to two people with direct knowledge of the exchange.

Famed golfer Bernhard Langer, the German two-time Masters champion, was lined up to vote in Florida, when he was informed he would not be allowed to vote by an authority present. Individuals, described to lawmakers as of Latin American descent, were in line around Langer and were allowed to cast ballots.

Trump told lawmakers he was under the impression, based on the story conveyed by Langer, that the individuals likely weren't legal voters.

As Trump completed his story, the gathered lawmakers sat "in an exceedingly awkward moment," according to one of the people, before Sen. John Cornyn, the No. 2 ranked Republican, quickly moved the group onto other topics.

The account from the meeting was first reported by The New York Times.

Langer himself, in a statement, blamed the media for Trump's mischaracterization of his story. Langer said, contrary to what Trump told lawmakers, that it wasn't him who had been in line, but a friend. And contrary to Trump's telling, it wasn't Langer who relayed the story personally to Trump, but a friend of Langer's who "shared it with a person with ties to the White House."

Langer said he would have no further comment on the story.

Trump's comments during the meeting with Capitol Hill leaders kicked off a whirlwind 48 hours in which the Trump administration -- and the President himself -- continued to defend a statement about large-scale voter fraud that is both unproven and considered by everyone from voting experts to Republican secretaries of state, the officials responsible for overseeing the election, to be categorically false.

Yet Trump has now pledged to launch an investigation into the matter, seizing in an interview with ABC News on "people that are registered who are dead, who are illegals, who are in two states."

"There are millions of votes, in my opinion," Trump said.

Registered voters don't necessarily vote, and there is no evidence that voter rolls populated by deceased or departed voters equate to fraudulent votes being cast.