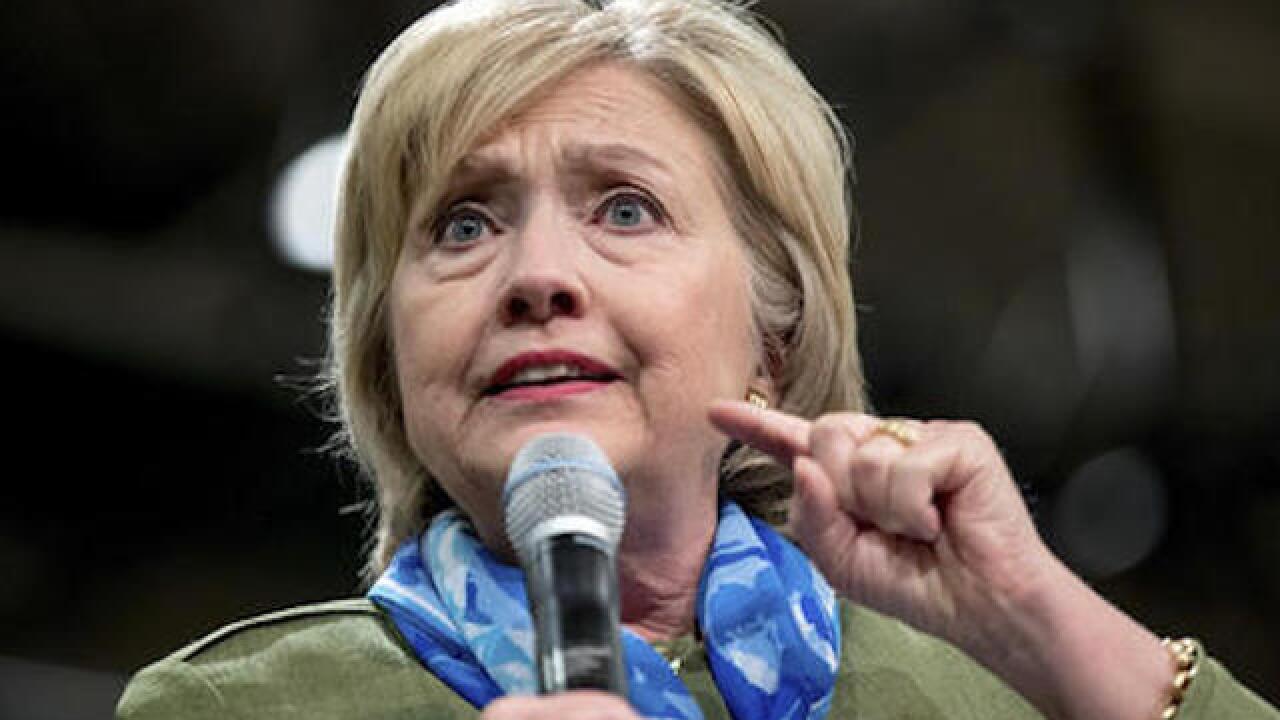 WASHINGTON (AP) — A federal judge on Friday ordered Hillary Clinton to answer questions in writing from a conservative legal advocacy group about her use of a private email server during her tenure as secretary of state.

U.S. District Court Judge Emmet G. Sullivan issued the order as part of a long-running public records lawsuit filed by Judicial Watch. The judge's decision is only a partial victory for the group, which had sought to question the Democratic presidential nominee in person and under oath.

The judge said Judicial Watch must submit its questions to Clinton by Oct. 14 and gave Clinton 30 days to respond — a timetable that could push Clinton's answers past the November presidential election unless Judicial Watch sends its questions earlier than mid-October.

Judicial Watch is among several groups, including The Associated Press, that have sued the State Department over access to government records from Clinton's tenure as the nation's top diplomat between 2009 and 2013.

Republicans are pressing to keep the issue of Clinton's email use alive after the FBI closed its investigation last month without recommending criminal charges.

In a separate development Friday, former Secretary of State Colin Powell said he once sent Clinton a memo touting his use of a personal email account for work-related messages after she took over at the State Department in 2009.

In a statement provided to the AP, Powell said he emailed Clinton describing his use of a personal AOL account for unclassified messages while leading the State Department under President George W. Bush. Powell, a Republican, said he told Clinton his use of personal email "vastly improved" communications within the department, which at the time did not have an equivalent internal system.

Powell said the FBI may have obtained a copy of his memo to Clinton during its yearlong investigation into Clinton's use of a private email server to handle sensitive information during her time as secretary. It was not immediately clear whether Powell's email to Clinton was among the documents from its case file shared earlier this with select congressional committees at the request of House Republicans.

Powell, a retired Army general and former chairman of the Joint Chiefs of Staff, said he used a secure computer on his desk at the State Department to manage classified information.

Unlike Clinton, Powell relied on a commercially available service to host his personal email account. Clinton's private server was located in the basement of the New York home she shared with her husband, former President Bill Clinton.

Powell issued the statement after veteran political journalist Joe Conason released an excerpt from his upcoming book about Bill Clinton that recounts a 2009 dinner party for Hillary Clinton hosted by former Secretary of State Madeleine Albright. Powell was in attendance, along with other former secretaries including Henry Kissinger and Condoleezza Rice.

During dessert, Powell advised Clinton to use a personal email account while in office, as he had done, according to the passage from the book "Man of the World: The Further Endeavors of Bill Clinton" provided to AP. Powell reportedly told Clinton that his use of personal email to communicate with his staff had been "transformative for the department."

According to Conason's retelling, Clinton replied that she had already decided to continue using the private server in her home she had relied on during her 2008 presidential bid.

The Clinton campaign declined to comment on whether the account of the dinner conversation described in Conason's book is accurate.

In his statement, Powell said he has "no recollection" of his purported dinner conversation.