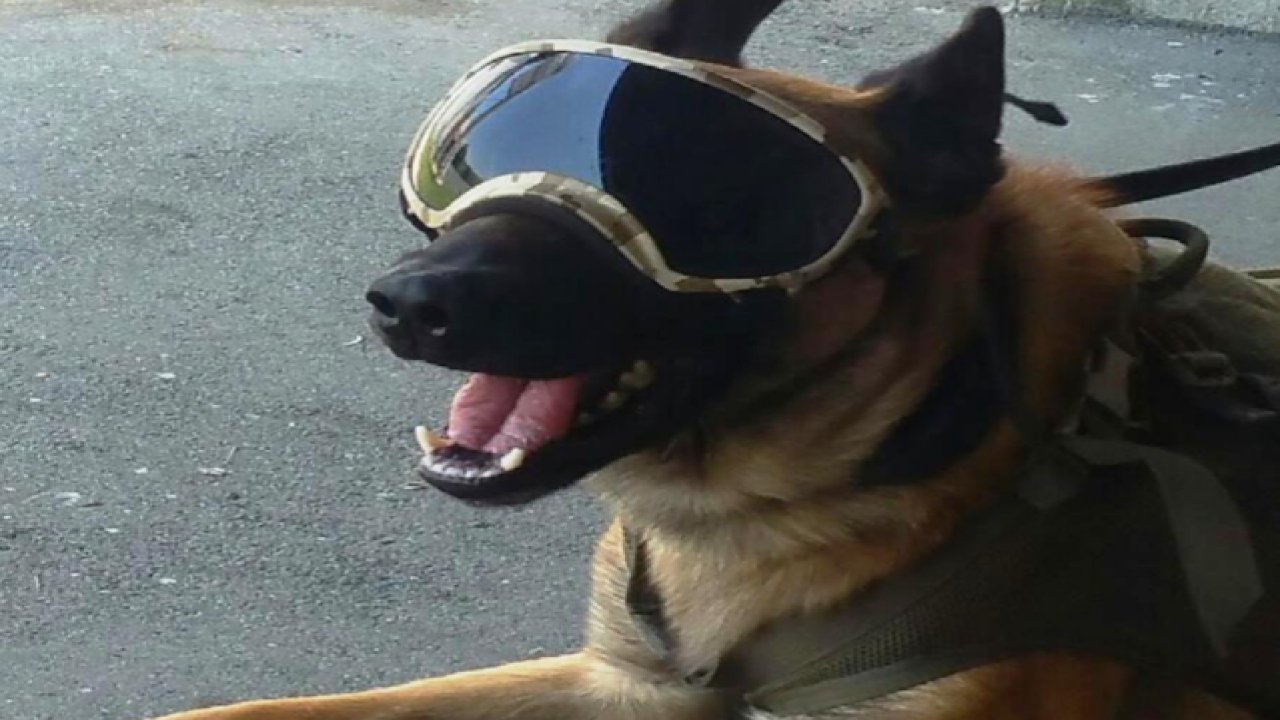 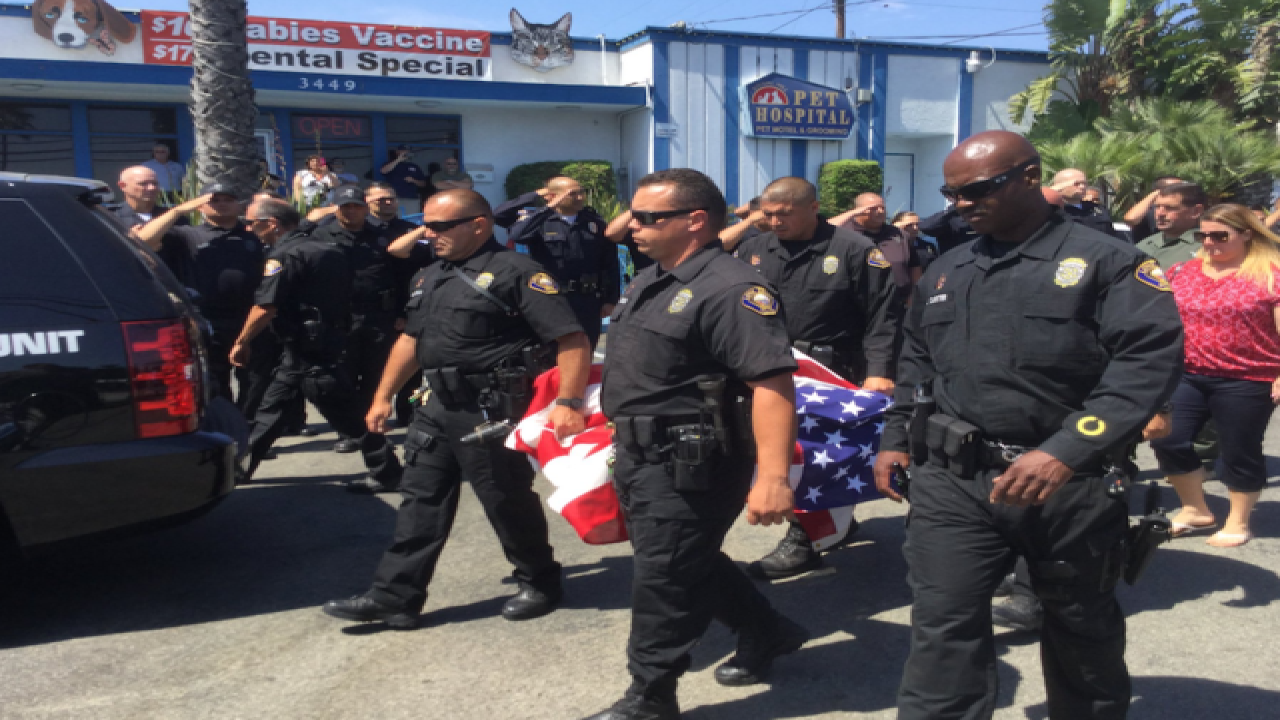 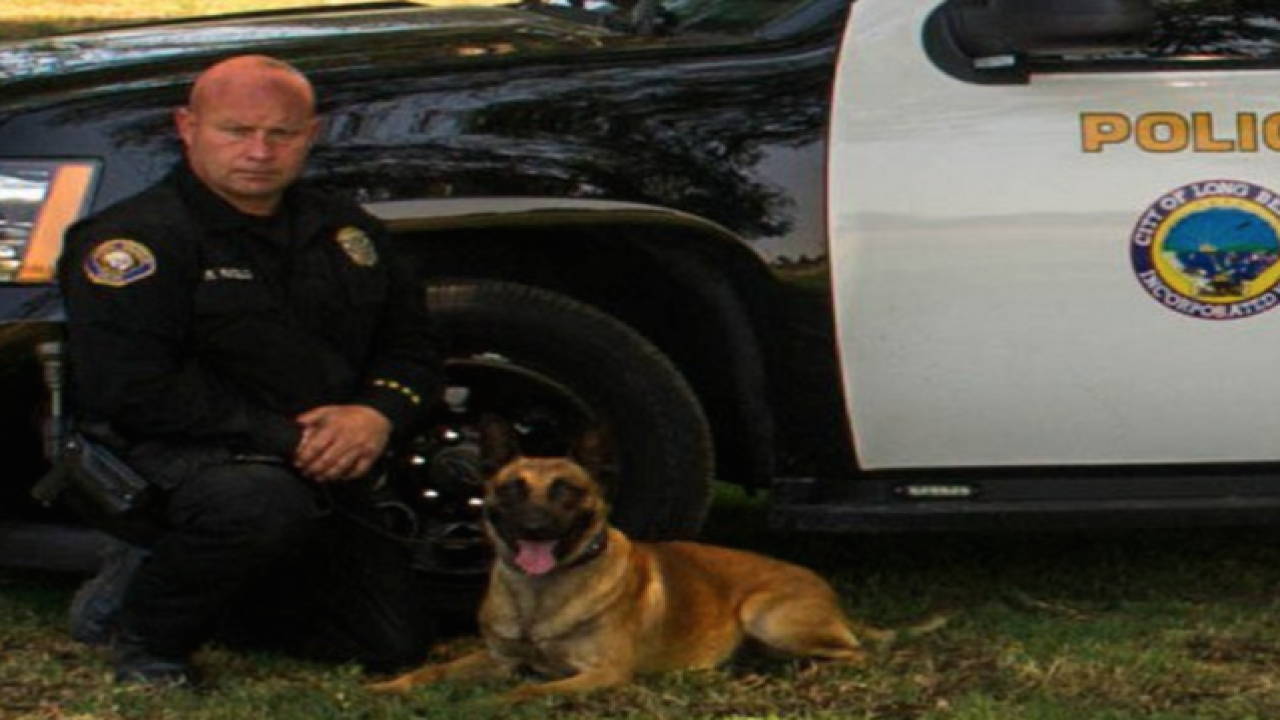 A Long Beach, Calif. police dog was killed Tuesday morning as local and federal authorities raided the home of a man wanted for shooting, according to CBS-LA.

The dog was was a 4-year-old Belgian Malinois.

CBS-LA reported that Credo's partner Mike Parcells was visibly upset and was seen ripping his helmet off and hurling it away as he placed his head in his hands. Parcells and Credo were partners for two years.

The two officers together arrested 30 suspects. Credo was a member of Long Beach Police's Patrol and Narcotics Division.

“These service dogs, these canines are not just dogs. These are police officers. This dog was injured in the performance of his duty. And that’s going to weigh heavily on the Long Beach police family,” Long Beach police Deputy Chief Richard Conant told the station.

The K-9 was taken to Signal Hill Pet Hospital. After being pronounced dead, Credo was placed into a flag-draped casket, as officers stood saluting the officer

The suspect also died in the exchange of gunfire.

The station also reported that Parcells lost a K-9 partner to gunfire in 2005.

K-9 Credo was a 4-yr-old Belgian Malinois who served the dept for 2-yrs along side his handler Ofc. Mike Parcells. pic.twitter.com/MegmctbEjf