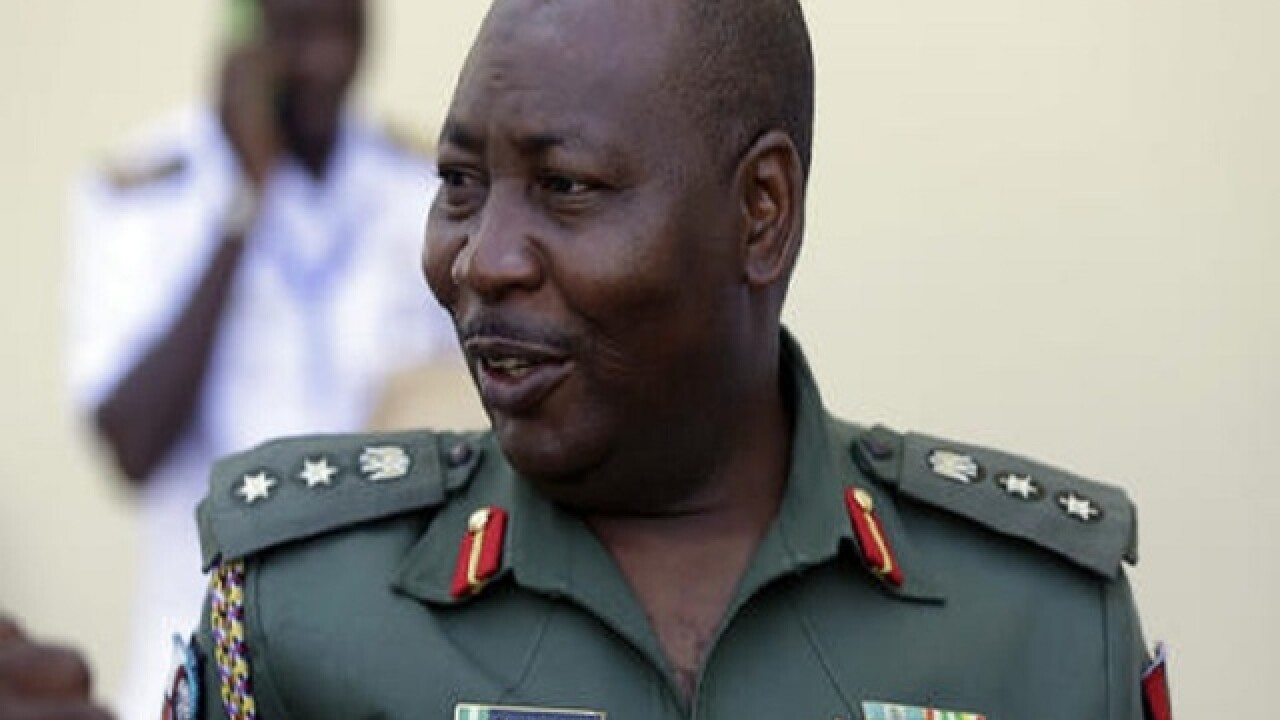 MAIDUGURI, Nigeria (AP) — Some 83 Nigerian soldiers are missing in action since Boko Haram Islamic extremists attacked a remote military base in the northeast, senior army officers said Sunday.
The soldiers were unable to fight back and fled because Boko Haram had superior fire power, the officers told The Associated Press, speaking on condition of anonymity because they are not authorized to give information to reporters.
Morale also was low among the troops because they were being rationed to one meal a day and their allowances were being pilfered by their commanders, the officers said.
Army spokesman Col. Sani Kukasheka Usman reported last week that "some" soldiers were missing and 13 wounded when the insurgents on Oct. 17 attacked their base in Gashigar village, on the border with Niger. Usman has not responded to requests for the actual number.
Dozens of fleeing troops jumped into the Niger River and 22 were pulled from the water by soldiers from that neighboring country, officers said. Many soldiers are feared to have drowned, they said.
In a separate development, hunters killed seven Boko Haram fighters who were burning buildings and huts in northeastern Makwaa village, the hunters and villagers confirmed Sunday. "We engaged them in a fierce battle for close to three hours, we overpowered them, resulting in the killing of seven," hunter Aisha Gombi said of Saturday night's firefight. "One was caught alive with gun wounds and others escaped into the bush."
President Muhammadu Buhari promised to better arm Nigeria's military when he was elected in March 2015, blaming corruption for the deaths of thousands including soldiers in the 7-year-old Islamic insurgency that has killed more than 20,000 people.
Billions of dollars meant to buy arms were stolen or diverted to the presidential campaign of former President Goodluck Jonathan, according to ongoing court cases.
Military officers also are currently facing courts-martial for allegedly selling arms and ammunition to Boko Haram, indicating the corruption bedeviling the country's fight against the Islamic extremists continues despite government efforts to halt graft.
Still, the military in the past year has succeeded in dislodging the insurgents from most towns and villages where they had set up an Islamic caliphate. But the extremists continue to attack remote villages and main roads that they have mined. Nigeria's army has reported thwarting and killing several suicide bombers in the past month.
The United Nations has warned that tens of thousands among the 2.6 million people forced from their homes by the insurgency are facing famine-like conditions that already are killing children.
Copyright 2016 The Associated Press. All rights reserved. This material may not be published, broadcast, rewritten or redistributed.