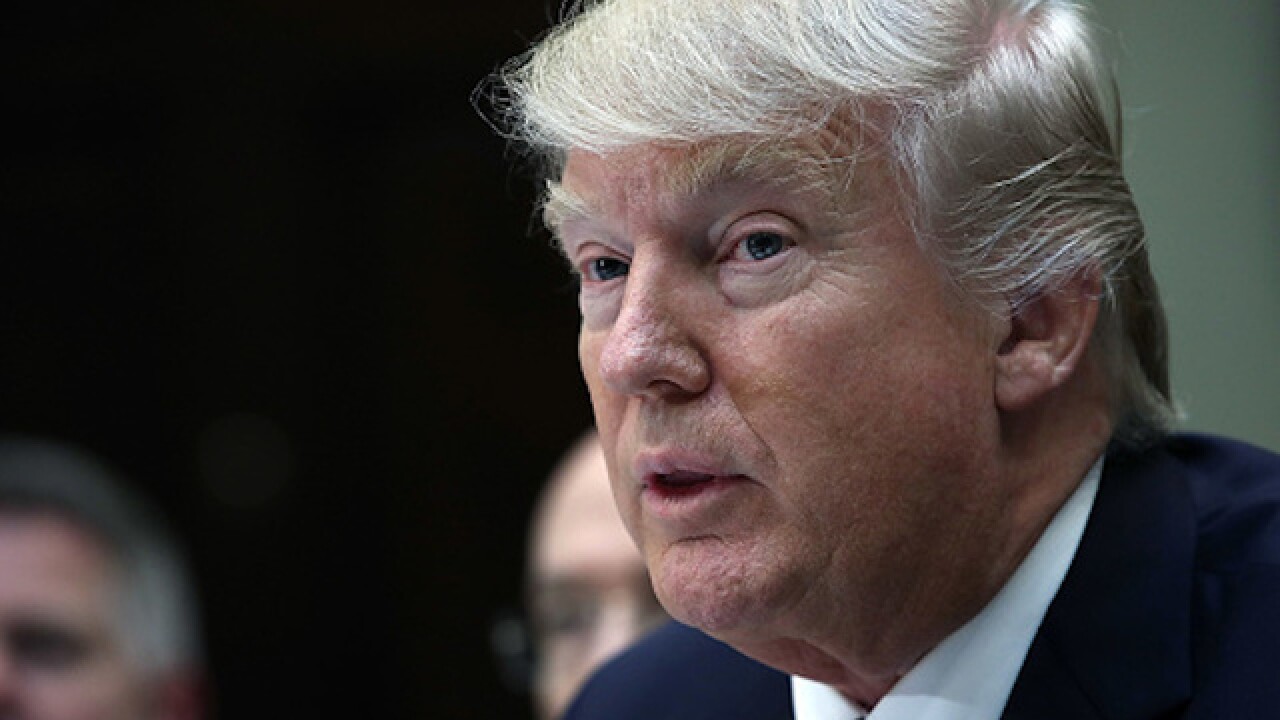 Copyright 2017 Scripps Media, Inc. All rights reserved. This material may not be published, broadcast, rewritten, or redistributed.
Win McNamee
<p>WASHINGTON, DC - FEBRUARY 02: (AFP OUT) U.S. President Donald Trump meets with executives and union representatives from the Harley Davidson company at the White House on February 2, 2017 in Washington, DC. At the end of the photo opportunity, Trump said "nothing is off the table" in relation to current disagreements between the U.S. and Iran. (Photo by Win McNamee/Getty Images)</p>

President Donald Trump hasn’t even held his job for two weeks, but a large section of voters are ready to replace him.

Voters’ frustration with President Trump largely stems from his immigration ban. While the numbers are pretty evenly split (47 percent in favor to 49 percent opposed) on the ban itself, PPP says more than half of voters polled believe Trump intended the orders to be a ban on Muslims.

America’s perception of Trump’s executive order as a Muslim ban is important, as 65 percent of the country opposes a blanket ban of Muslim immigrants. Only 26 percent of people would support such a ban.

Voters also do not approve of Trump’s staff appointments — particularly that of Chief Strategist Stephen Bannon, a former editor for alt-right news site Breitbart. Only 19 percent of voters have a positive opinion of Bannon, while 40 percent have a negative view of him.

PPP also reports that voters have had a more favorable view of Obamacare since Trump took office. While the president has continually promised to “repeal and replace” the Affordable Care Act, 46 percent of Americans now support the health bill — up from 41 percent in May 2016.

Overall, 49 percent of people disapprove of the job President Trump is doing, while 47 percent are happy with his effort.