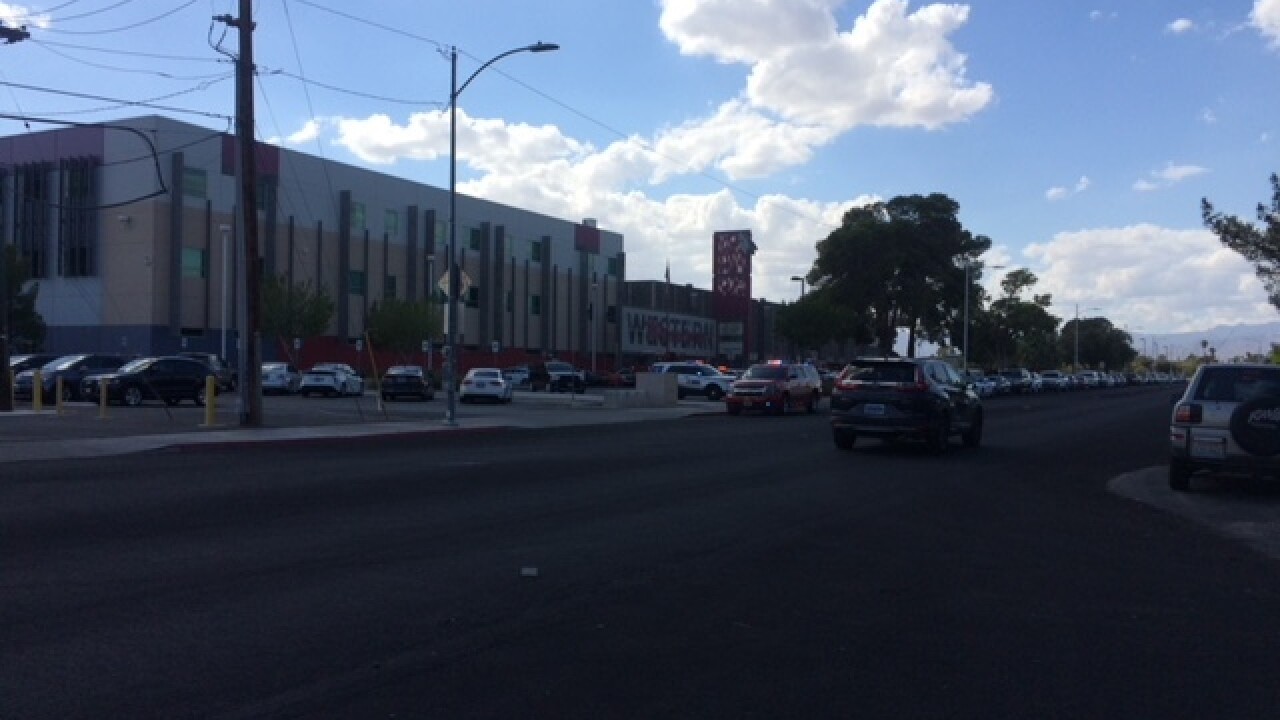 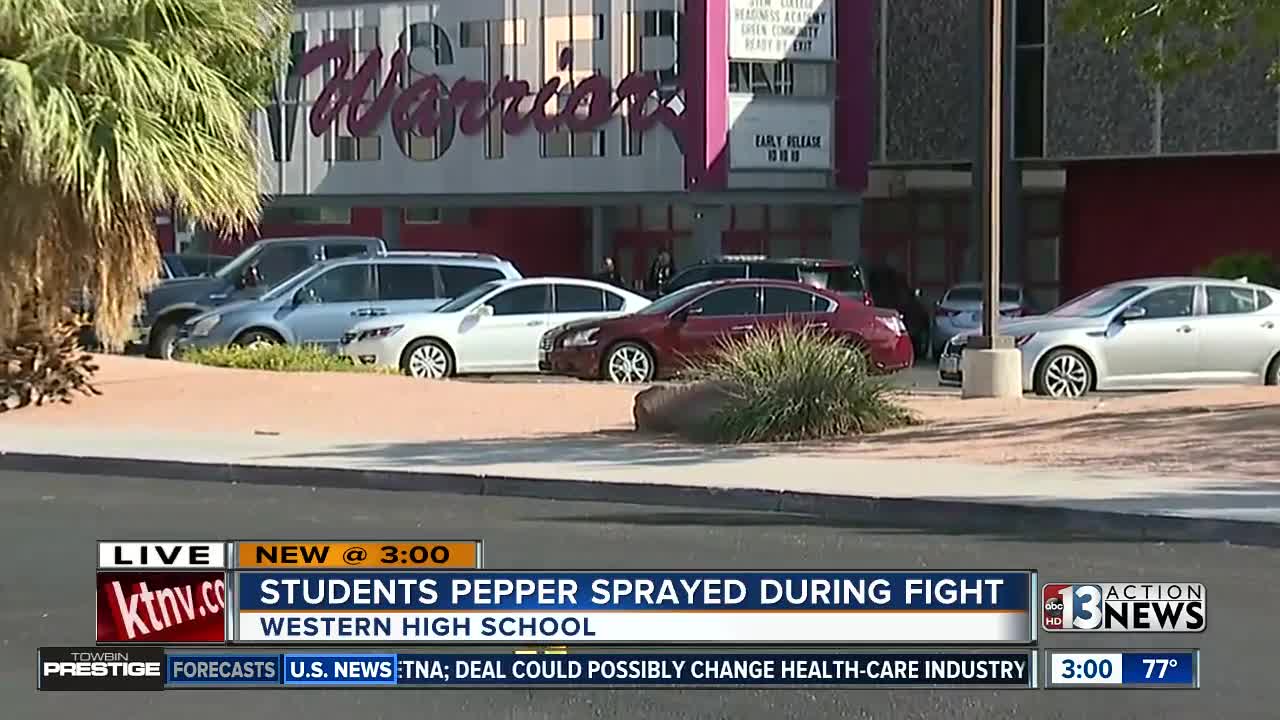 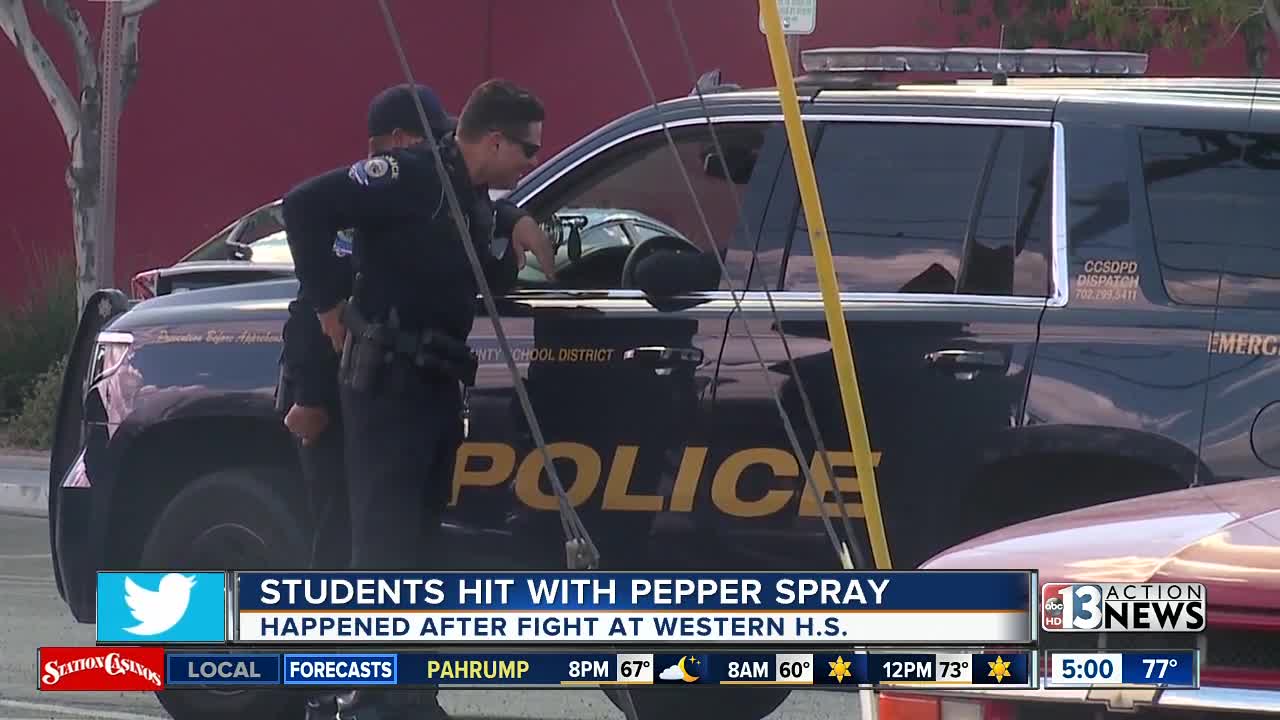 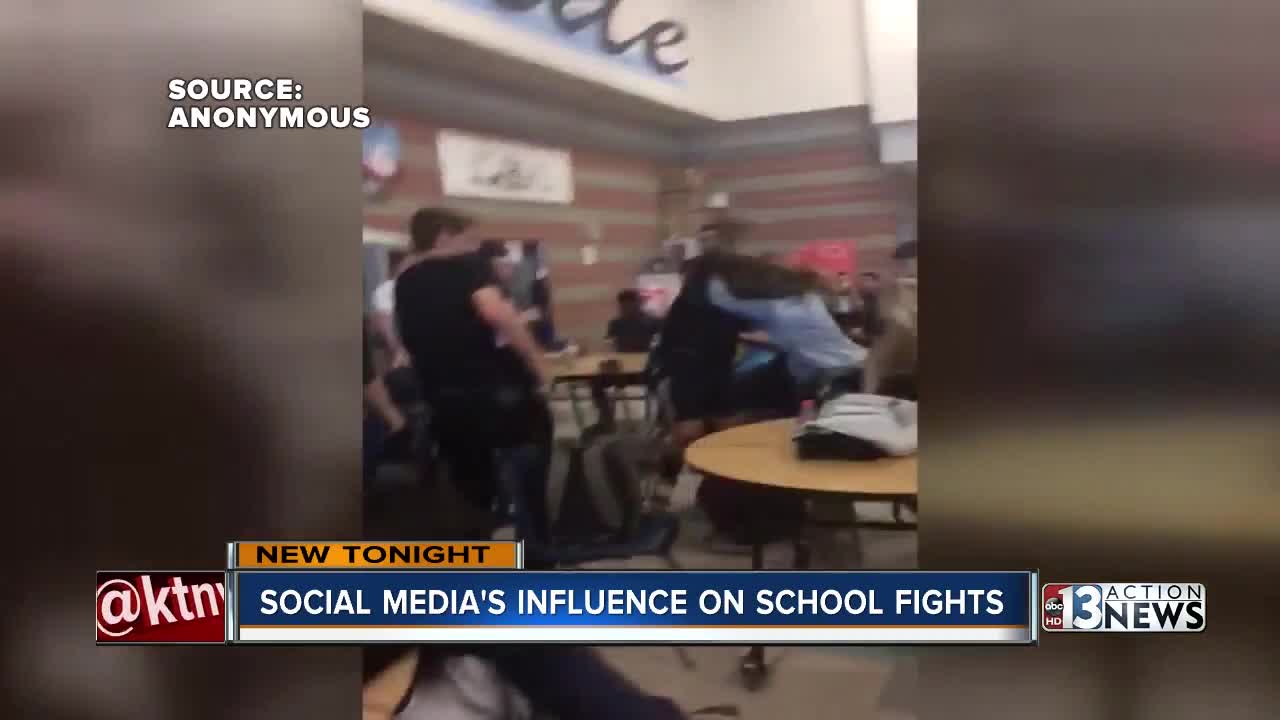 UPDATE 11 P.M.: We've seen it more than once. A fight break outs at a school and within minutes social media is flooded with videos. All taken by kids on their cell phones. It was no different Thursday afternoon when a fight broke out at Western High School.

Hailee Compton said she walked into the cafeteria as the fight was escalating.

"Nobody was helping anyone do anything they were just standing there with their phones," said Compton.

She described the moments when police officers tried to break up the fight and pepper sprayed as many as 50 students before arresting four.

"Kids were just on the sidelines not doing anything. There were kids on the ground crying and groaning,
screaming," she said.

Gryphon Ward is the founder of Ignite Teen Treatment Center which specializes in rehab and mental health treatment for teenagers.

"You give kids an opportunity to document their existence and they are going to take it," said Ward.

He said teens face a lot of peer pressure to live out their lives online, record what's happening and share it with the world.

"There is a certain social pressure to be impressive via the internet that didn't use to exist," said Ward.

Ward said while social media gives young people more insight into what other  people their age are going through at any given time; adults haven't done enough to familiarize themselves with how kids use it. So its hard for them to teach them to be more responsible.

"I think we need to reconsider where these devices fit in our lives and start educating ourselves on how to utilize  these devices as tools," Ward said.

School police say the fight started in the school's cafeteria and spilled out into the quad.

“We’ve always recommended when there's a disturbance or fight, we discourage the on lookers, we discourage that because it can evolve and end up like this situation today," says Roberto Morales, Clark County School District Police.

Medical attention was provided to the students. School police say there have been daily fights at the school.

Four students were arrested and transported to Clark County Juvenile Detention Center. Police said in a press conference that "racial differences" was a factor. They also encouraged students not to stand by and post to social media during these type of incidents, saying that it encourages such behavior.

A Western High School student was also tased and arrested in October 2017 after the student allegedly verbally and physically abused a staff member.